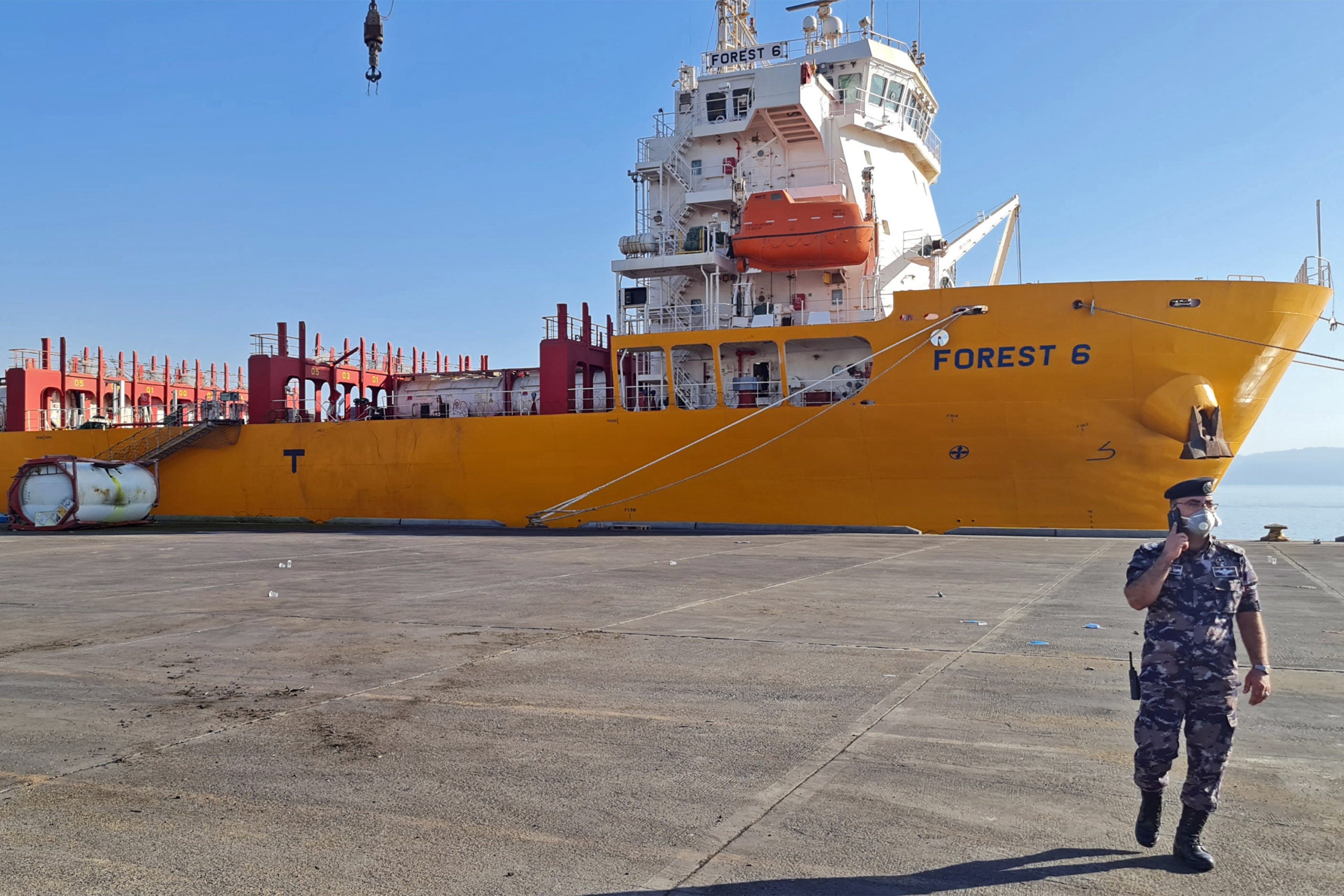 A general view shows the tank (L) that fell while being transported, causing a toxic gas leak in Jordan’s Aqaba port on June 27, 2022. – Footage on state TV showed a large cylinder plunging from a crane on a moored vessel, causing a violent explosion of yellow gas. The government spokesman urged citizens not to approach the site of the accident, adding that medical reinforcements were being sent to Aqaba. (Photo by AFP)

MANILA, Philippines — No Filipino was reported injured in a recent gas leak in Jordan’s Aqaba port that killed at least 12 people.

The Philippine Embassy in Jordan said it is closely monitoring developments on the gas leak at the port of Aqaba.

“To date, there are no reports of Filipinos included among the casualties,” it said in a statement on Tuesday. 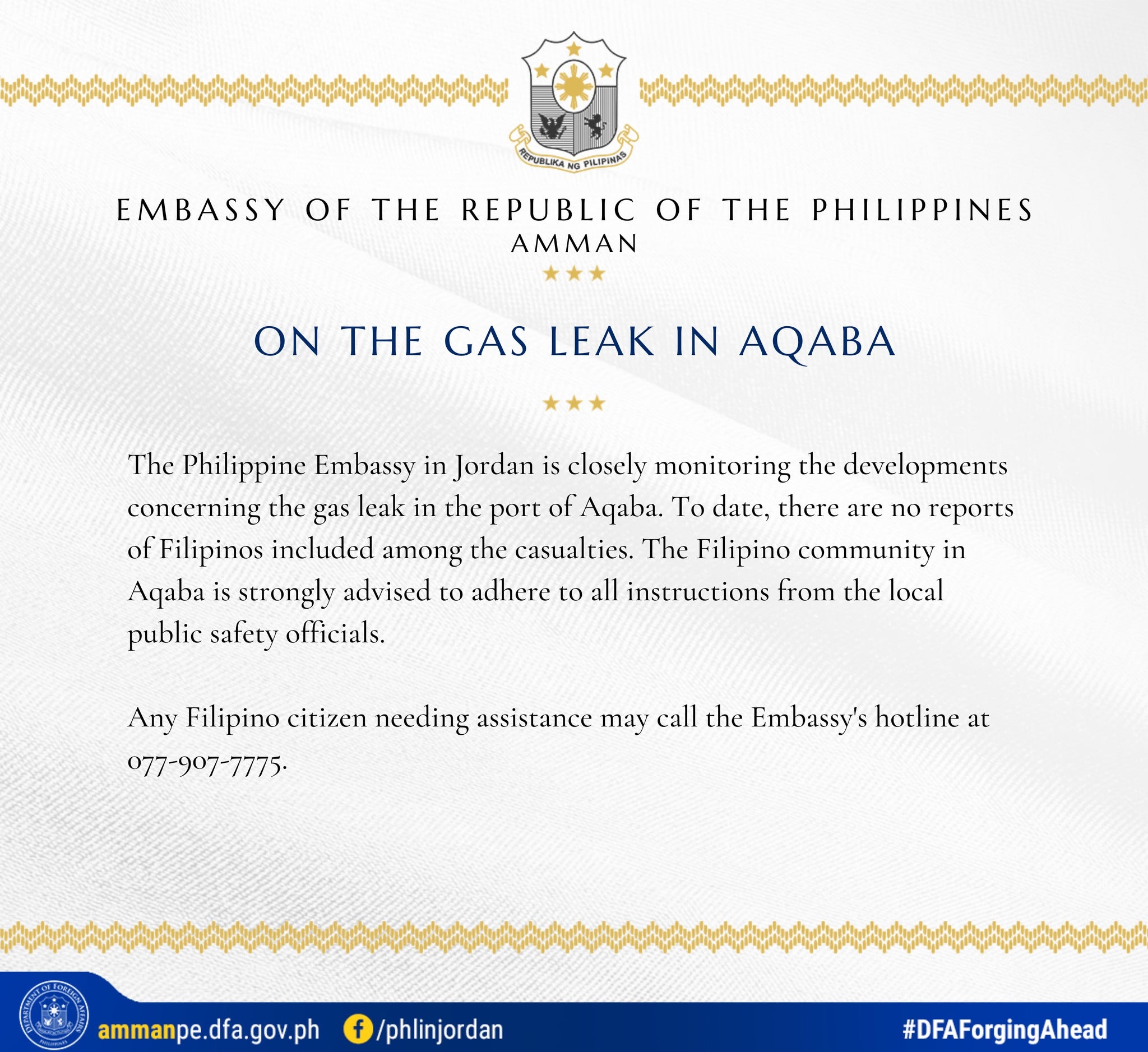 Meanwhile, the embassy advised the Filipino community in Aqaba to “adhere to all instructions from the local public safety officials.”

“Any Filipino citizen needing assistance may call the Embassy’s hotline at 077-907-7775,” the embassy added.

On Monday, officials and state media reported a chlorine gas leak from a storage tank at Aqaba port, killing at least 12 and injuring 251 others.