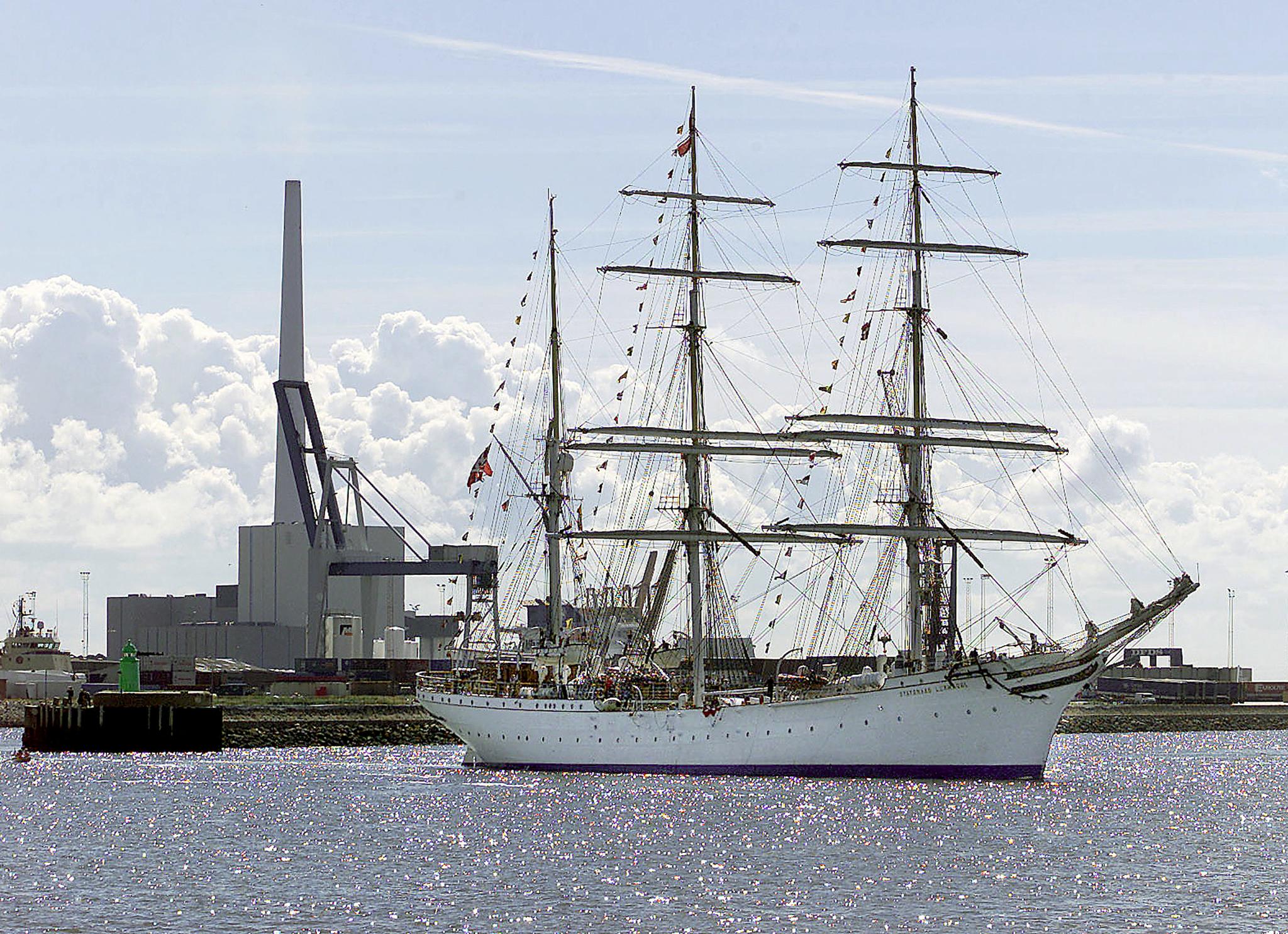 The Norwegian tall ship “Statsraad Lehmkuhl” leaves 07 August 2001 the harbor of Esbjerg in the southwest of Denmark, where it has taken part in the Cutty Sark Tall Ships Race. (Photo by NIELS HUSTED / SCANPIX DENMARK / AFP)

MANILA, Philippines — A 108-year-old three-masted training barque from Norway is set to dock in the Philippines in October as part of its ocean expedition to highlight maritime and energy sector issues.

Norway Ambassador to the Philippines Bjorn Jahnsen made the announcement on Wednesday as he met with President-elect Ferdinand “Bongbong” Marcos Jr. at the latter’s headquarters in Mandaluyong City.

As part of the arrival of the Norwegian tall ship, Statsraad Lehmkuhl, in the Philippines, a conference will be held to tackle issues of climate change, ocean sustainability, and utilization of renewable energy.

The two-day event will be called the Norway-Philippines Maritime and Energy Conference—Creating Currents Together where world-leading Norwegian and Filipino companies from the maritime and energy sectors will present solutions to pressing issues.

“I would say one of the main topics is that Norway is bringing a sailing boat to the PH in October—a 100-year-old sailing boat,” Jahnsen said in a press briefing.

“It’s part of an expedition around the world to really put focus on climate change, sustainability of the oceans, plastics in the ocean and this vessel will come to the Philippines, as I said, in October,” he added.

Jahnsen said Marcos Jr. was invited to speak at the event.

“Norway has made investments in the Philippines in renewable energy and more companies and more investments will come in the coming years—offshore wind, floating solar and also hydro,” Jahnsen said.

“So that’s the plan for the future for Norway and the Philippines—really to increase our imprint on renewable energy in the country,” he added.

Marcos Jr. was also earlier invited to attend the 2022 United Nations Climate Change Conference—also known as COP27—to be held in Egypt in November this year.