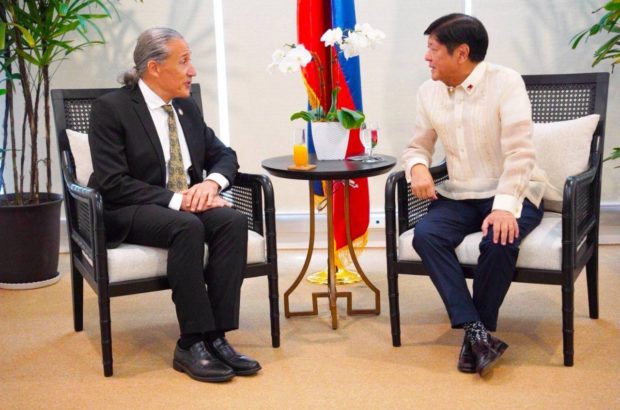 Following his courtesy call on Marcos at the latter’s headquarters in Mandaluyong City, Gonzalez underscored the need to enhance accountability in governance.

“We need to continue in enhancing accountability in terms of human rights and making sure that what we adopted as part of the Human Rights Council Resolution 4553… they are addressed,” Gonzalez said in a press briefing.

“President Ferdinand Marcos Jr. confirmed [his] commitment. He even shared that he is conducting a number of consultations to ensure the best way of supporting the human rights agenda,” he added.

Gonzalez is referring to the United Nations Human Rights Council (UNHRC)’s resolution that calls for “technical assistance” to aid the Philippines in its human rights efforts.

Gonzalez said Marcos’ commitment to the human rights agenda is “quite encouraging.”

“We reiterate the support of the United Nations,” Gonzalez said.

Asked if the human rights issues during the administration of President Rodrigo Duterte were tackled during the meeting, Gonzalez answered in the negative.

He said that the human rights discussion revolved on the UNHRC resolution.

“It means the UN and the government needs to work together in addressing some concerns on human rights and he’s very much interested for example in ensuring a consultation for the nomination of the new Commission of Human Rights,” Gonzalez said.

“This is the topic that he immediately raised and he also mentioned the importance of ensuring high-level accountability in terms of human rights,” he added.

Aside from human rights, issues of peace and climate change were also discussed during the meeting.

“So a quite positive, very positive meeting and we are quite encouraged that we continue supporting the Philippines and the new administration in terms of addressing national priorities,” Gonzalez said.