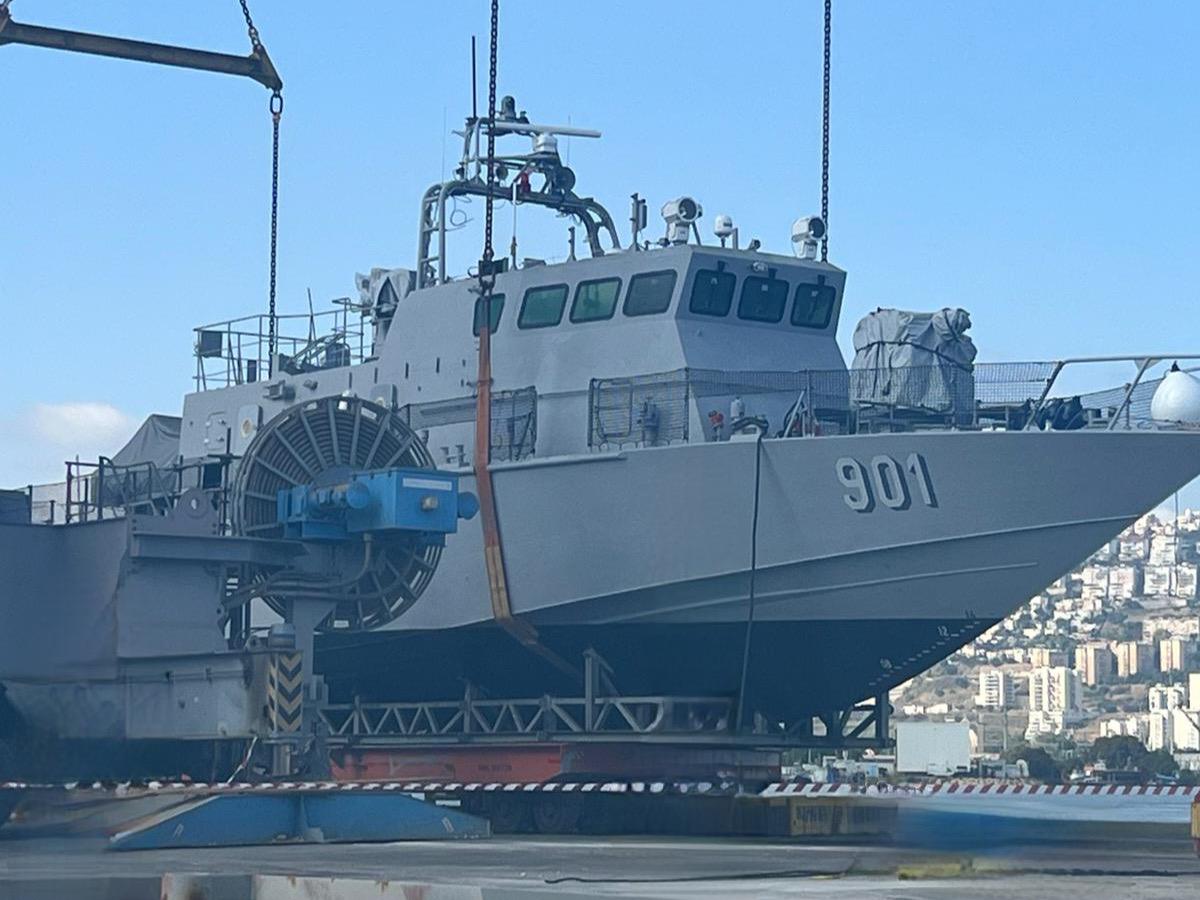 The Philippine Navy is expecting to receive the first two of nine Shaldag Mk. V missile-capable fast patrol boats from Israel in September. In the photo is one of the actual units for pre-delivery inspection later this month. / PHILIPPINE NAVY

The Philippine Navy would be acquiring at least 19 brand-new ships and likely get three used vessels over the next few years to boost its aging and fledgling fleet, which is one of the weakest in Asia.

The Navy is looking at the secondhand vessels while waiting for these new ships.

The new vessels, including those whose contracts were signed earlier, are expected in three to five years—quite late as replacements for the World War II-era ships that the Navy has been retiring since 2020.

An Indonesian shipbuilder has been chosen to supply the two landing docks, or landing platforms, for the Navy for P5.56 billion, according to a June 5 notice of award from the DND to PT Pal Persero. The contract is expected to be signed in the coming days or weeks.

The Navy has been trying to acquire the landing docks since 2019 but previous biddings failed for various reasons.

These ships would be used by the Navy for its amphibious landing missions and transport tasks.

Israel Shipyards Ltd. is supplying the boats for the Navy’s requirement for several fast-attack interdiction vessels under an approved contract of P10 billion. The total amount includes weapons, which would be purchased separately from another Israeli company, Rafael Advanced Defense Systems Co. Ltd.

Bordado said he visited Israel recently and saw work being done on one of the three attack boats due for delivery next year.

The remaining four would be built at a naval shipyard in Cavite starting next year. Part of the contract includes a “knowledge transfer” and training on boat construction.

“It will boost our shipbuilding capability. This is a small step in building our own ships,” Bordado said.

The 32-meter vessels will be part of the Navy’s Littoral Combat Force, and will be used for patrols and deterrence against terrorist and other lawless groups.

The Navy is also looking at secondhand vessels as it awaits the deliveries of the new ships.A Navy inspection team was recently in Bahrain to look at the US Navy’s offer of two used Cyclone-class patrol boats for transfer, or donation, to the Philippines, an official told the Inquirer.

The Navy is also expecting the transfer of a decommissioned Pohang-class corvette from South Korea in September, at the earliest. Seoul donated a similar ship three years ago, the former ROKS Chungu (PCC-672), now called the BRP Conrado Yap (PS-39).

The government will spend for the refurbishing of donated ships.

The Navy said it will receive the first of two new corvettes amounting to P25 billion ordered last December from South Korea’s Hyundai Heavy Industries in 2024.

The same shipbuilder was chosen to build six offshore patrol vessels for the Navy for P30 billion. A notice of award and contract signing are expected to follow.

The 114-meter ship is designed chiefly for coastal defense and antisubmarine operations.

The Philippine military is among the weakest in Asia. Due to the government’s focus on counterinsurgency, naval development had been neglected for decades despite the archipelagic character of the country. But the Navy has been slowly modernizing, starting with the delivery of brand-new Rizal-class warships in 2020 and 2021.

Read Next
Bongbong Marcos can enter US due to diplomatic immunity — envoy
EDITORS' PICK
A laptop that maximizes your WiFi so you can maximize your productivity
Powered by style, innovation and passion
PH resumes talks with China on Chinese-funded transport projects
Why Tagle is a leading papal contender
In Borongan, nuns play hoops (not mahjong)
House energy committee chair Arroyo bats for cheap electricity
MOST READ
Imee Marcos bares illegal importation of white onions
Why Tagle is a leading papal contender
Zubiri on SRA mess: Shameful, disgusting
Ogie Alcasid positive for COVID-19: ‘We keep ourselves protected and yet inabot din’
Don't miss out on the latest news and information.