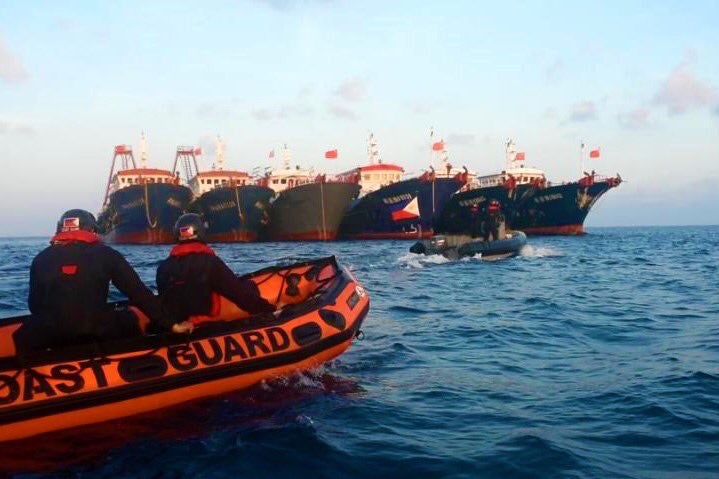 MANILA, Philippines — The Philippines protested the “illegal” return of more than 100 Chinese vessels in and around Julian Felipe Reef, the Department of Foreign Affairs (DFA) said Thursday.

“The Department of Foreign Affairs (DFA) protested the return of over 100 Chinese vessels illegally operating in the waters in and around Julian Felipe Reef on 04 April 2022, barely a year after the same swarming incident was protested by the Philippine Government,” it said in a statement.

“The Philippines calls on China to comply with its obligations under international law, cease and desist from displaying illegal and irresponsible behavior, avoid further escalating tensions at sea and immediately withdraw all of its vessels from Philippine maritime zones,” it added.

READ: DFA files another protest vs China as senators back defense chief in word war

The DFA stressed that the reed is “within the territorial sea of relevant high tide features in the Kalayaan Island Group, including Chigua Reef,” which the Philippines has sovereignty over.

“The lingering unauthorized presence of Chinese fishing and maritime vessels is not only illegal but is also a source of instability in the region,” it added.

The DFA slammed the “persistent swarming” of these Chinese vessels, saying it violates international law, including the 1982 United Nations Convention on the Law of the Sea (UNCLOS) as well as Manila’s arbitral victory in 2016 that invalidated China’s expansive claims in the South China Sea.

“It is also a violation of China’s commitments under the 2002 Declaration on the Conduct of Parties in the South China Sea, in particular, the exercise of self-restraint pursuant to Paragraph 5 thereof,” the DFA said.

“The Philippines regrets this Chinese violation of international law days before the successful 08 April 2022 telesummit between President Rodrigo R. Duterte and Chinese President Xi Jinping where the two leaders reaffirmed their commitment to [solving] issues of mutual concern through peaceful dialogue and exercise restraint in any and all endeavors relating to the South China Sea,” it added.