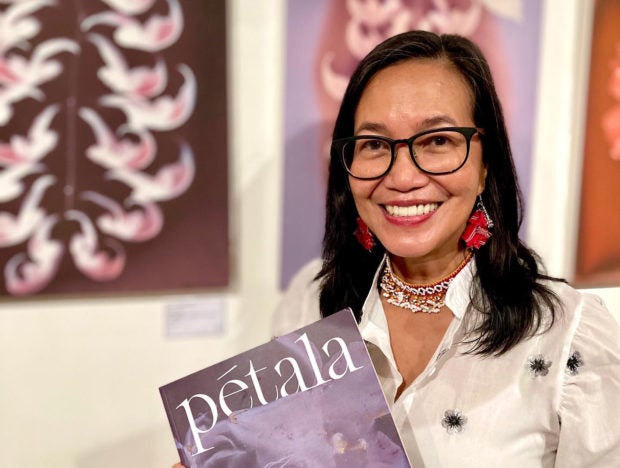 “Blooms”, an art exhibit featuring the lumen prints of endemic and other Philippine flora of US-based retired nurse and artist Julia Sumangil, was recently opened at the Sining Makiling Gallery at the University of the Philippines Los Baños campus.

A lumen print, an art form pioneered in the 1830s by William Henry Talbot, a British scientist and photography pioneer, is essentially a solar photogram or, generically, a picture made using sunlight. Without using a camera, these print images are created by keeping organic objects such as flowers or plants on light sensitive photo paper and exposing its parts to light. 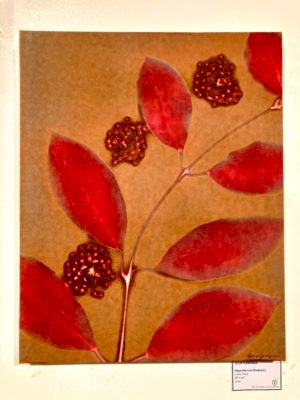 With nary an art experience or hobby, Sumangil earned an Agriculture degree from UP Los Baños where she majored in Agronomy and later on served as researcher for notable institutions such as the Philippine Rice Research Institute and the Philippine Science Heritage Center. Realizing later that she has a vocation in the medical sciences, she shifted to nursing and migrated to the US in the late 1990s and worked for almost two decades as a registered nurse in the Bay Area practicing medical-surgical nursing.

Her personal journey in lumen printing started about nine years ago when, as an amateur photographer and gardener, she stumbled on some beautiful prints while being a member of a Flickr group. She began studying the art form and absorbed herself in self-study and experimenting with local flowers and plants from her garden or other places she visited. 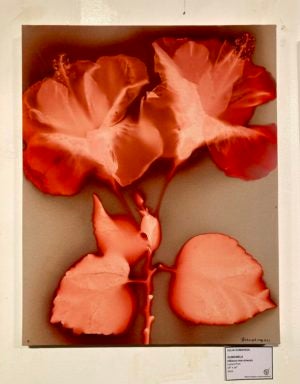 “I am constantly inspired by the ethereal and fragile beauty of flowers and plants in lumen prints,” Sumangil said when asked why she focused on this form of expression. “In between nursing shifts, they gave me such joy that I was so constantly excited to create and experiment more with flowers that grew in the garden that I and my late husband, Patrick Rose, tended for many years around our home in Oakland, “ she recounted. 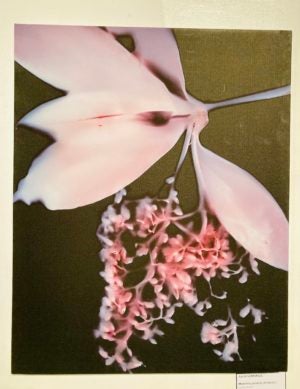 When she arrived in the Philippines in February this year to visit her family, Sumangil received an invitation from the UP Los Baños Office for Initiatives in Culture and Art, through its director, Dr. Jerry Y. Yapo, to mount an exhibit that will focus on endemic Philippine flora.

Given the very limited time to prepare for the exhibition, Sumangil went on a flurry of trips to different parts of the Philippines that brought her to Palawan, Zamboanga, Benguet, and several other places so she can create a vibrant yet unique display of various endemic Philippine flowers and plants. 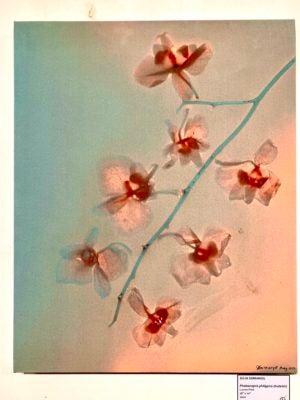 Sumangil’s ongoing exhibit features her soft, dreamy, yet colorfully compelling imagery of both familiar and unique Philippine floral species. Among her displays are prints of the sampaguita (jasminum sambac heart), the gumamela (hibiscus rosa), the hoya obscura andhoya multiflora, the jade vine (stronglodon macrobotys), and the anahaw (livistona rotundadifolia). While printing these flowers, she also took on images of seaweeds in El Nido and cashew nuts in Coron, both in Palawan. 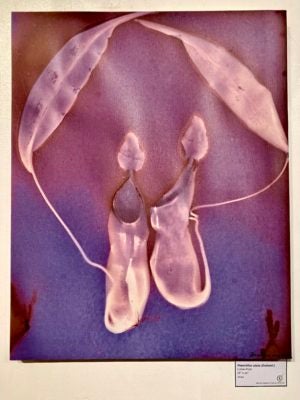 Now recently retired from her nursing career, Sumangil spends her time on lumen printing and tending to the beloved garden that she and her late spouse Patrick cared for all these years. Apart from her past nursing experience and her fondness for lumen printing, she is also a photographer, a certified diver, a researcher, a cacti grower, an environment advocate, and an indefatigable traveller.

“I cannot literally paint but I can paint with the sun,” quipped Sumangil as she excitedly explained her lumen print collection and work. “As I mount my first art exhibit, Patrick will always be my constant guide and inspiration for he was the one who encouraged me to be perpetually curious of nature and God’s creations, and to seek fulfillment through art, travel, and culture,” she added. 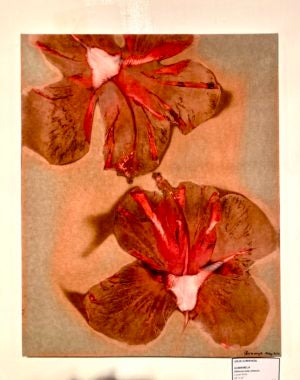 Sumangil’s lumen print exhibit at the Sining Makiling Gallery at the UPLB campus in Los Baños, Laguna, will run till August 5, 2022.