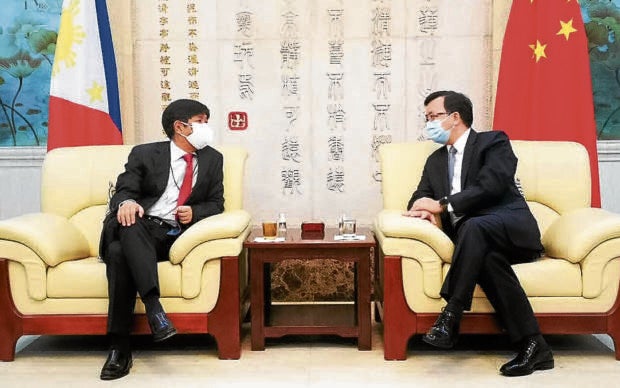 MANILA, Philippines — President-elect Ferdinand Marcos Jr. said Thursday he would uphold an international ruling against Beijing over the disputed territories on the South China Sea, insisting he would not let China trample on Manila’s maritime rights.

Beijing has ignored a 2016 decision by The Hague-based Permanent Court of Arbitration that declared its historical claim over most of the South China Sea to be without basis.

Outgoing President Rodrigo Duterte set aside the ruling in exchange for promises of trade and investment, which critics said have not materialized.

In his strongest comments yet on the sensitive issue, Marcos said he would not “allow a single millimeter of our maritime coastal rights to be trampled upon”.

“We’re talking about China. We talk to China consistently with a firm voice,” he said.

But he added: “We cannot go to war with them. That’s the last thing we need right now.”

Marcos looking at extending VFA with US