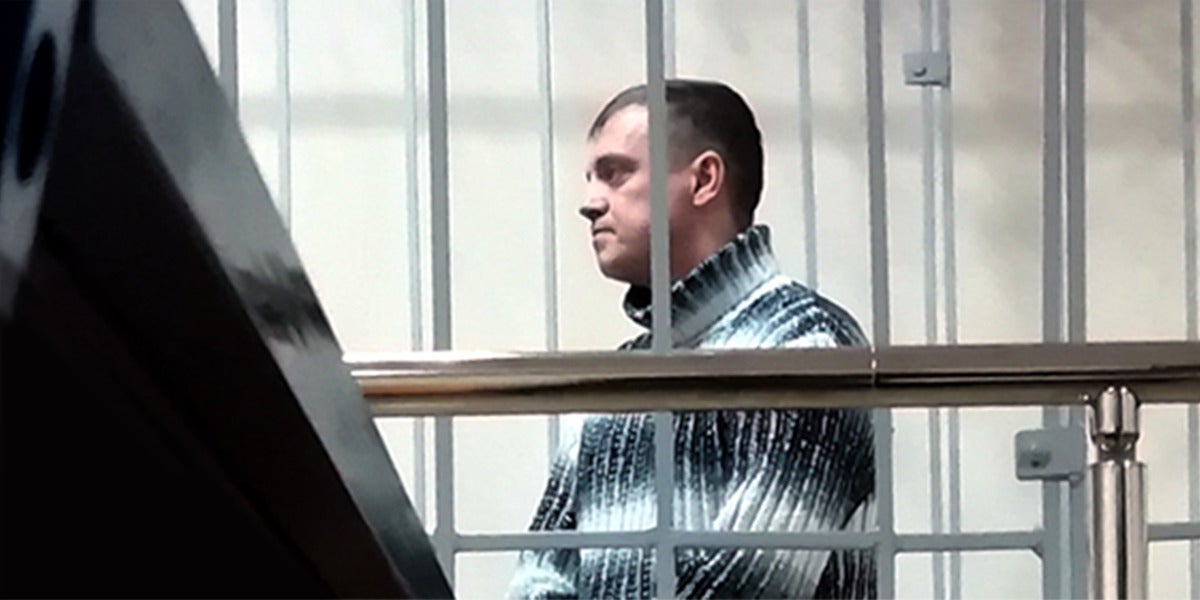 One of the jailed JW members in a Russian prison. PHOTO FROM JW

Five years after the Russian Supreme Court (SC) banned the organization of Jehovah’s Witnesses (JWs) in Russia, international human rights groups continued to call for the release of at least 80 JWs detained in Russian jails.

Amnesty International (AI) also called on Russia to drop criminal charges against the JW members, who have been jailed for practicing their faith.

Nataliya Prilutskaya, AI coordinator in Eastern Europe and Central Asia, said in a statement that “those who have been subjected to criminal prosecution, torture and other ill-treatment, unlawful searches of their properties, those who have lost their jobs, must receive adequate compensation and have their rights restored.”

She also appealed to Russian President Vladimir Putin to protect the rights of 175,000 JWs in Russia in line with Russia’s international human rights obligations and own constitution.

According to the Office of Public Information (OPI) of JWs in Manila, Russia has imprisoned over 320 JWs—with 80 still in custody—raided 1,740 homes and shut down 400 legal entities and houses of worship, after the Russian SC declared the activities of JWs as “extremist” on April 20, 2017.

Since the ban, more than 600 JWs, including 40 men and women over the age of 70, have been charged criminally for reading their own Bible at home, the OPI said.

During the 2017 SC hearing, the Russian government claimed that although it was running after the legal entities of JWs, individual Witnesses would be free to practice their faith.

However, the government’s claim of allowing freedom to worship has been inconsistent with its actions.

Valentina Baranovskaya, 70, is the oldest JW in jail, while 57-year-old Anna Safronova has received the longest prison sentence, six years.

OPI said those men who were imprisoned for their faith were tortured, suffocated, stripped naked and given electric shock while Russian guards threatened to rape their wives.

In a statement, Andrew Wood, former British ambassador to Russia, said: “Their arrest, ill treatment, and confinement are a breach of elementary human rights together with the infringement of the freedom of all souls to seek their path to the truths of religion as best they may. The targeting of particularly vulnerable people of whatever gender or age adds to the injustice.”

Jehovah’s Witnesses in Russia have appealed for justice to the European Court of Human Rights and the UN Human Rights Committee.