Over 6,000 Filipino voters in HK have cast votes so far — consulate 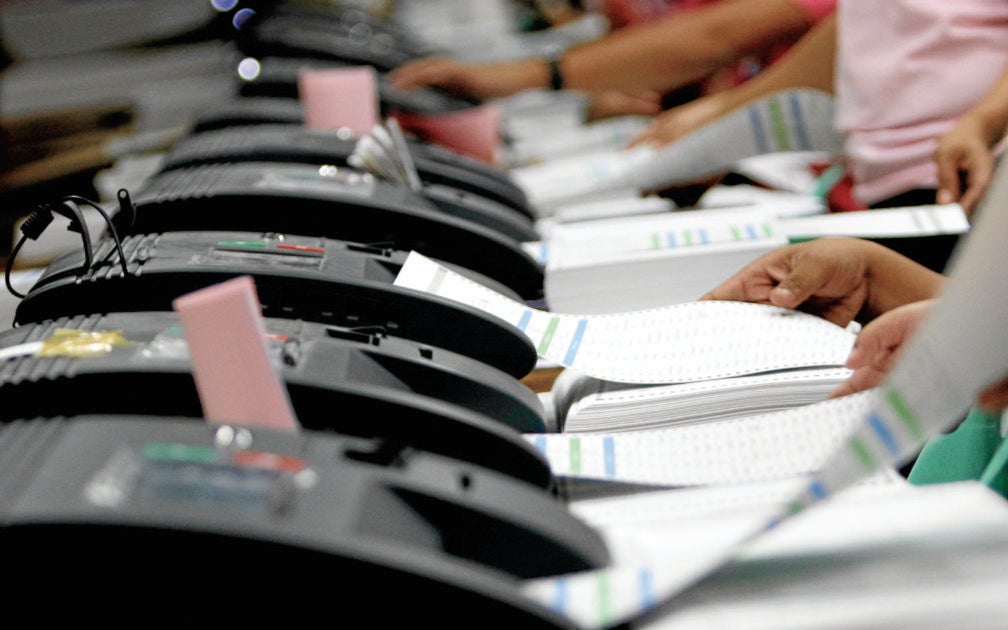 MANILA, Philippines — A little over 6,000 registered Filipino voters in Hong Kong have so far cast their votes for the 2022 polls, an official from the Philippine Consulate General there said Wednesday.

With the daily turnout of voters in Hong Kong so far, this number could reach the 10,000-mark before the weekend, Consul Robert Quintin said.

“After the third day…we’re already at around just a little above 6,000,” Quintin said in an ANC interview.

“As we observed the behavior [of the voters] as of the last two to three days, we will probably reach the 10,000-mark well before the weekend,” he added.

Overseas voting began on April 10 and will last until May 9.

According to Commission on Elections (Comelec) data, there are around 93,600 registered Filipino overseas voters in Hong Kong for the 2022 polls.

The consulate, however, is “quite optimistic” that this year’s voter turnout will exceed the average.

“We are quite optimistic about it. Like I said, we’d rather see the situation on the first day in a positive light. We see that a lot of Filipinos here in Hong Kong really want to cast their vote,” he said.

Earlier, Filipinos in Hong Kong had complained that the consulate was not able to accommodate those who went to the Bayanihan Center at Victoria Road, Kennedy Town, to vote on April 10.

“Actually the first day was really a case of too many all at the same time,” Quintin said.

As of Tuesday, there are now 10 precincts available to service Filipino voters in Hong Kong, according to Quintin. They are all located at the Bayanihan Center at Victoria Road.

Initially, the consulate only had five precincts open.

Meanwhile, Quintin clarified that the queue during the first day of overseas voting was cut by the Hong Kong police and not the consulate.

“It was the Hong Kong police that made that call, of course in the exercise of their duty to protect public health and safety,” he said.

“If the line was not cut, we would have done our regular cut-off at 5 p.m. and whoever was at the end of that line, we would have accommodated everyone up to the last voter,” he added.