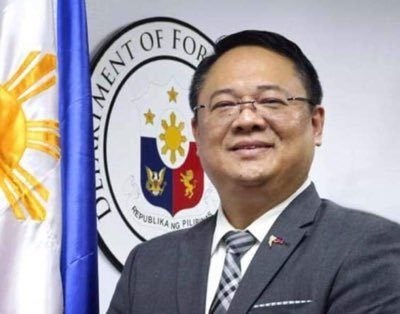 MANILA, Philippines — After facing delays in the delivery of election materials, the Philippine Consulate General in New York has started mailing overseas voting ballots to Filipino voters in areas under its jurisdiction.

The consulate has so far mailed 50 election packets containing ballots to registered voters, according to Philippine Consul General Elmer Cato.

“The first 50 election packets containing overseas voting ballots were mailed earlier this evening to registered voters in areas under the jurisdiction of [the Philippine Consulate General in New York],” Cato said in a tweet Tuesday.

The first 50 election packets containing overseas voting ballots were mailed earlier this evening to registered voters in areas under the jurisdiction of @PHinNewYork. More will be mailed in the coming days. @DFAPHL @teddyboylocsin pic.twitter.com/hwmASflKoP

“More will be mailed in the coming days,” he added.

Last week, the scheduled final testing and sealing of vote counting machines (VCMs) was postponed due to delays encountered in the delivery of election paraphernalia to the consulate.

“We understand your concern about the delay in the arrival of election paraphernalia but your assertion of possible disenfranchisement and of us not being forthcoming is unfair on our part as the delay is beyond the control of the Consulate,” Cato said in a tweet last April 7 following concerns raised by Filipino voters.

“We wish to emphasize to the public that the Consulate is committed to ensuring the proper conduct of the overseas elections and in protecting the outcome,” he added.

The consulate has jurisdiction over the northeastern United States.

In total, over 1.69 million overseas Filipinos were registered to vote in this year’s polls.

Overseas voting began on April 10 and will last until May 9. Filipino voters abroad may only vote for national candidates namely president, vice president, 12 senators, and a party-list group.

Read Next
How to become a resident and citizen of Portugal
EDITORS' PICK
vivo’s coming to town to grant wishes with more holiday promos
House energy committee chair Arroyo bats for cheap electricity
‘Sorry, we can’t bring you home’
Angara: Pandemic benefits allotted, but not enough
The Best Tech Gifts For The 2022 Holidays
Tacloban, Bacolod see soaring dengue cases
MOST READ
LOOK: Vhong Navarro transferred to BJMP detention facility in Taguig
The Elephant Man in the Senate
Posh village as ‘shabu’ haven
LOOK: Zanjoe Marudo bonds with Ria Atayde, her family
Don't miss out on the latest news and information.