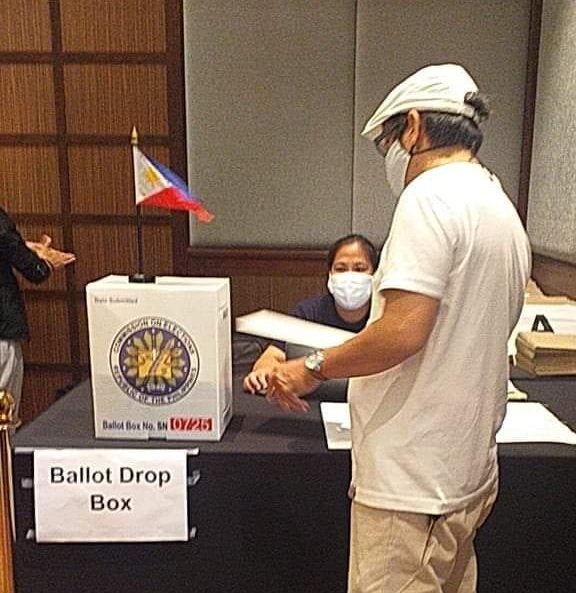 BANGKOK — Ahead of the scheduled May 9 polls, Overseas Filipino Workers (OFW) are queuing at their respective Philippine Embassies abroad to cast their votes starting April 10. Unlike the previous elections, Filipino voters can now vote using Automated Official Ballot.

On April 1, the Philippine Embassy in Bangkok Overseas Voting team performed the Vote Counting Machine (VCM) diagnostic procedure during the Final Testing and Sealing of the VCM.

The poll starts at 8 in the morning at the embassy. Around 100 Filipinos showed up to exercise their rights to vote on the first day. Voting was also done at the consular service in Phuket, south of Thailand. According to Teresita Sarmiento of AKSYON, an OFW organization in Thailand, there were around 20 persons who voted because Filipinos in the north were not informed that they could vote during the consular services. 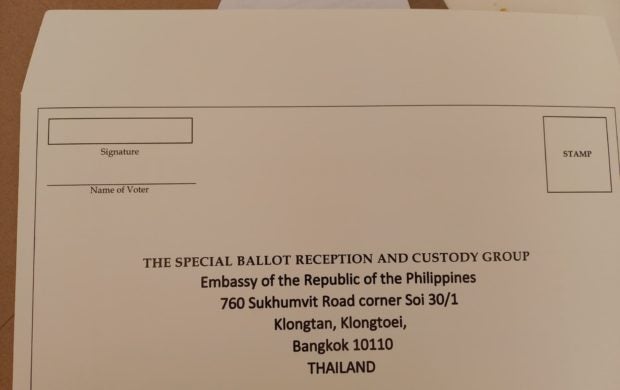 In a 2017 report by the Department of Employment of Thailand, 14,830 Filipinos currently work in Thailand taking jobs in teaching, management, engineering, architecture, hospitality, and business.
It is estimated that there are 17,921 Filipinos in Thailand, according to the Philippine Embassy. That means at least 4,000 are working in irregular sectors. 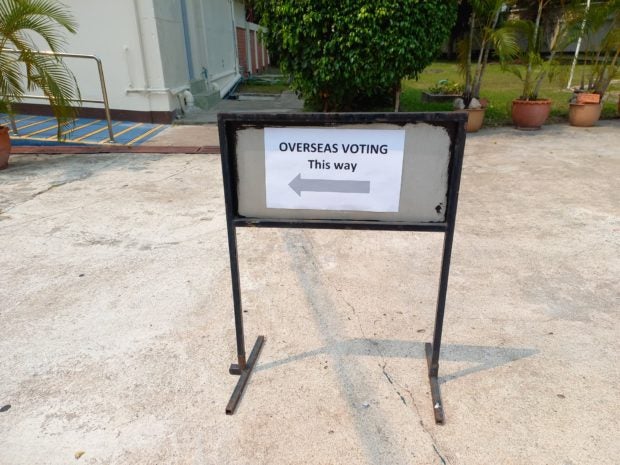 To educate the voters, professionals and advocates headed by Professor Analiza Amurao of Mahidol University and Sonia Soosot Zerrudo organized events anchored on voters’ education and citizen empowerment via zoom meetings and in-person activities as early as February.

The Philippine Embassy in Bangkok will also conduct a consular outreach mission and mobile voting in Hatyai and Chiang Mai on April 23 and April 30, respectively. The registered voters who opted for mail can drop off their completed ballots in sealed envelopes at the designated drop box during the consular missions.

Overseas voting for May 9 polls off to a bad start

By the numbers: More voters in 2022 than in previous polls