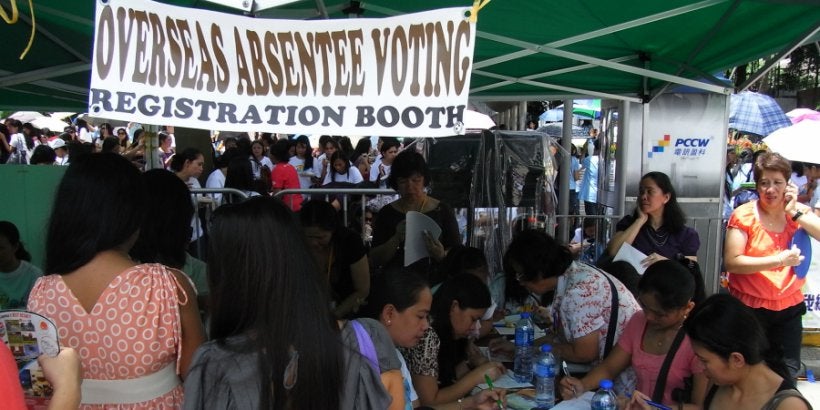 MANILA, Philippines — The Commission on Elections (Comelec) on Wednesday announced it is suspending the conduct of the April 10 absentee voting in Shanghai, China, amid the ongoing lockdown in the city.

Poll body Commissioner Marlon Casquejo said the Comelec en banc approved the resolution holding off the voting in Shanghai which would affect around 1,600 Filipino voters there.

“Recently, we approved in the en banc the suspension of voting, this coming April 10, for the post of Shanghai,” Cascuejo said in a press briefing at the Comelec office in Manila.

“There is an indefinite lockdown in Shanghai. Once the lockdown is lifted, then we will proceed with the voting of Shanghai,” he added.

Cascuejo also said overseas voting in Iraq, Algeria, Chad, Tunisia, Libya, Afghanistan, and Ukraine – which have a combined voting population of 127 – would likely be suspended as well pending the result of the poll body’s validation if the voting posts in these areas have the capacity to conduct the polls.

The Comelec official said there are a total of 1,697,215 registered Filipino voters living overseas. Filipinos abroad could cast their votes on April 10, or one month ahead of the May 9 election in the Philippines.