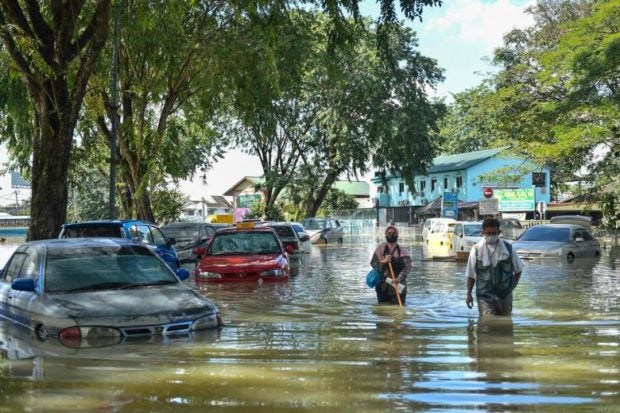 SINGAPORE – Southeast Asia is among the regions of the world hardest hit by climate change, and is especially at risk of losing settlements and infrastructure to sea-level rise, a major new report published on Monday (Feb 28) has shown.

The report also concluded that if global warming exceeds 1.5 deg C above pre-industrial times, the impacts of climate change could be more severe, and some will be irreversible.

“Risks for society will increase, including to infrastructure and low-lying coastal settlements,” said the IPCC report.

Sea-level rise expert Benjamin Horton from the Nanyang Technological University’s Earth Observatory of Singapore said the greatest effects of sea-level rise will be felt in Asia, due to the number of people living in the continent’s low-lying areas.

For example, mainland China, Bangladesh, India, Vietnam, Indonesia and Thailand are home to the most people on land that is projected to be below average annual coastal flood levels by 2050, Professor Horton said.

“Together, those six nations account for roughly 75 percent of the 300 million people on land facing the same vulnerability at mid-century,” he added.

The IPCC report also found that risks to coastal cities and settlements are projected to increase by “at least one order of magnitude” by 2100, if there are no significant plans to deal with the crisis.

Sea-level rise is not the only threat confronting Southeast Asia.

Climate scientist Winston Chow from the Singapore Management University, one of the authors involved in the IPCC report, said Asean has already been exposed to many climate change-related impacts, such as floods, droughts, urban heat as well as biodiversity and habitat losses.

“These current impacts are projected to worsen in the future, especially when global surface temperatures exceed the 1.5 deg C threshold,” said Dr Chow.

The world has already warmed by 1.1 deg C since pre-industrial times. 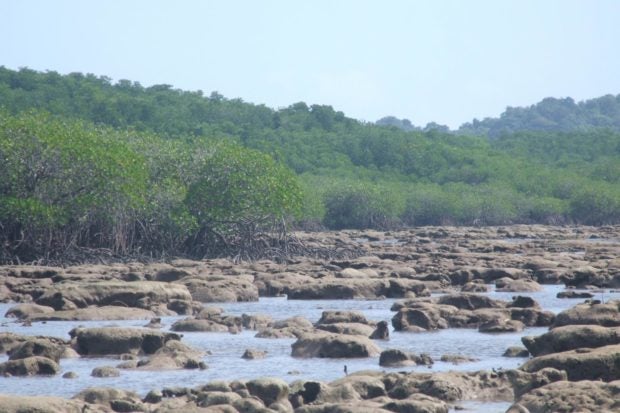 Coral microatolls on Mapur island, Indonesia, can provide a good gauge of Singapore’s sea-level history over the past century. PHOTO: JEDRZEJ MAJEWSKI

At this level of warming, some climate impacts are already locked in and considered close to irreversible in some natural ecosystems, such as the long-term decline of coral reefs in the South China Sea, said Dr Chow.

He added that a warmer Earth could mean that parts of Asean dependent on water from glacial melt – such as cities along the upper Mekong – will likely have reduced freshwater resources, due to the loss of ice there.

Crop yield could also be reduced if the world gets warmer, and other climate-driven events such as floods, droughts and tropical cyclones could further affect yield,” said Dr Chow.

If cities and countries want to reduce such climate risks, then adaptation is essential to minimise future loss and damages, he added.

Adaptation refers to measures that countries can take to reduce the impacts of climate-driven events on societies, while loss and damage is a term used in climate change discussions that refers to climate impacts that societies are currently suffering which cannot be, or have not been, reduced by adaptation efforts.

For sea-level rise, for example, adaptation measures could include building sea walls or restoring mangroves, since these ecosystems have tangled root systems that can keep pace with sea-level rise to an extent.

Or to reduce flooding in urban areas, an adaptation strategy could include having land-use planning policies that discourage buildings in areas exposed to floods or cyclones, said Dr Chow.

But the latest IPCC report – which focuses on the impacts of climate change on human societies – had identified large gaps between adaptation action taken and what is needed to deal with the increasing risks.

These gaps are largest among lower-income populations, it said.

In Asia, obstacles to greater climate adaptation include fragmented, reactive governance, lack of finances, and inadequate evidence on which actions to prioritise and how to sequence them, said the IPCC. 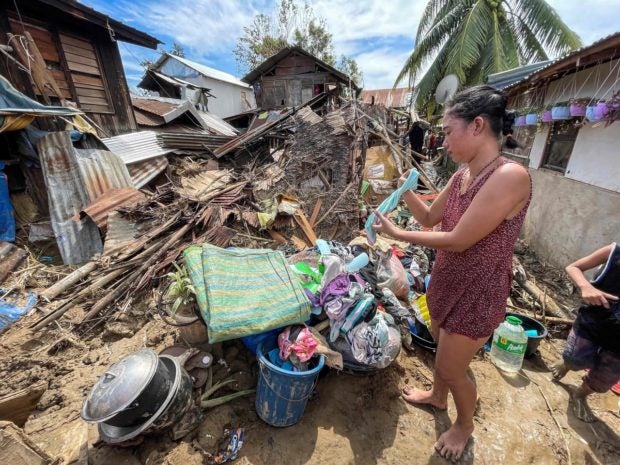 A resident drying clothes in Bais city, days after Super Typhoon Rai hit the southern and central regions of the Philippines, on Dec 21, 2021. PHOTO: AFP

Dr Chow pointed to how unplanned development still occurs in parts of urban Thailand and the Philippines along its rapidly urbanizing coastlines. This increases the risks of loss and damages to vulnerable populations, he said.

Despite the challenges, the IPCC said that early adaptation is crucial to help vulnerable communities cope with climate impacts.

This is because with every degree of warming, climate change impacts get more severe, while the effectiveness of available adaptation options decreases, it said.

The focus on adaptation in the latest IPCC report adds to global discussions on the issue.

A report published by the United Nations (UN) Environment Program in November last year found that while there is an increasing number of plans for climate change adaptation, financing and implementation of these initiatives are still lagging.

That report also estimated that adaptation costs in developing countries are five to 10 times greater than public funds currently available for the programmes.

Adaptation financing was also a key point of contention between countries during the annual UN climate change meetings, with developing nations calling on richer countries to provide more funding to help them implement climate adaptation plans.

But the IPCC stressed in its latest report that to reduce impacts of climate change on societies, adaptation must go hand in hand with efforts to reduce greenhouse gas emissions, the main cause of the crisis.

“Successful adaptation requires urgent, more ambitious and accelerated action and, at the same time, rapid and deep cuts in greenhouse gas emissions. The quicker and farther emissions fall, the more scope there is for people and nature to adapt,” said the report.

Climate change and the common Filipino

The economic imperative to act on climate change

COP26 one of our last chances for change