Robredo lists plans for OFWs if she wins the presidency 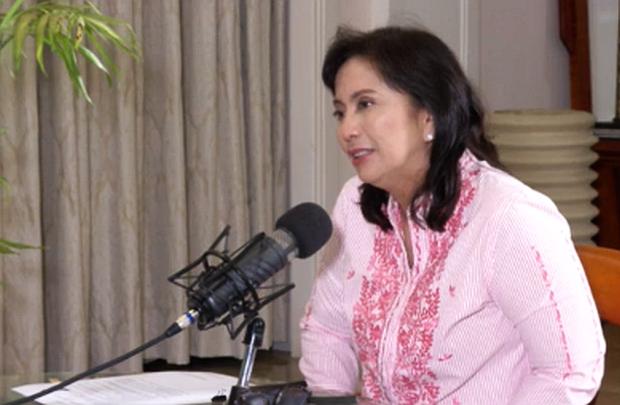 Vice President Leni Robredo discusses several issues during a weekly radio show over DZXL. (Photo from a video posted on her Facebook account)

MANILA, Philippines — Vice President Leni Robredo on Friday spoke with Filipinos abroad, who expressed their support for her presidential bid, as she laid down her plans for overseas Filipino workers (OFWs) if elected as the highest official in the country.

In an online meet and greet with her supporters from the United States, Canada, Japan, Australia, Hong Kong, Malaysia, Middle East, Europe, Robredo listed her platforms and stance on various issues concerning OFWs and Filipino migrants.

To start off, the vice president stressed the need to improve the country’s economy to create more jobs so that Filipinos would go abroad for work only by choice and not out of necessity.

(In talking with many representatives from your sector, the sentiments of the Filipinos are clear that if they had a choice, if they could have a more dignified job without having to go abroad, most of them would rather stay here with their loved ones.)

(I believe this can be achieved. Filipinos are great. And if the government is trustworthy, the economy will grow, decent jobs that will match the pay and benefits offered abroad will become available here.)

Robredo further assured to improve the protection and support system for OFWs.

Among the things she plans to do is to enter into bilateral labor agreements with more countries hosting OFWs.

“So ‘yun ‘yung ie-endeavor nating gawin para siguradong napoprotektahan ‘yung mga kababayan natin. Sisiguraduhin din natin na naipapatupad nang maayos ‘yung mga existing na bilateral agreements [So that is what our endeavor will be in order to ensure the protection of our fellow Filipinos. We will also ensure that the existing bilateral agreements are properly implemented] ,” she added.

She also promised to prioritize bilateral labor pacts with countries in the Middle East, where she said the majority of contract violation cases happen.

“Tututukan natin ‘yung mga bansang maraming kaso sa pang-aabuso ng mga OFWs at makikipag-ugnayan tayo sa gobyerno ng mga bansang ito para igiit ang karapatan at dignidad ng mga kababayan natin na [We will focus on countries where there are a lot of cases of abuses against OFWs and we will coordinate with the government of these countries to insist on the rights and dignity of our OFWs],” she added.

If a country would not be willing to enter into such an agreement, Robredo said the deployment of OFWs to that country should be reviewed.

Robredo likewise underscored the need to form an inter-agency task force that would be in charge of the reintegration of OFWs should they choose to return to the Philippines.

She said there should be a “coordinated” reintegration preparedness training program for OFWs based on existing best practices.

She also promised to create an OFW reintegration pension fund and a reintegration “pathway” that would provide opportunities for skills training among returning Filipino workers in order to help them find jobs in the Philippines.

This center, she said, could be a platform to ensure OFWs and their families stay connected and that families left behind will receive help.