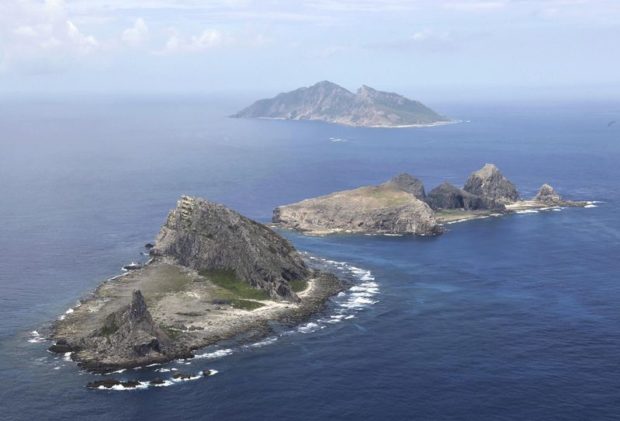 TOKYO — In the 12 months since the enactment of Chinese legislation that allows China Coast Guard vessels to use weapons, CCG ships have been spotted regularly in waters off the Senkaku Islands in Okinawa Prefecture.

With Beijing also thought to be upgrading CCG’s armed capabilities by converting navy vessels into CCG ships, the Japan Coast Guard is stepping up surveillance and increasing its vigilance.

According to the JCG, CCG ships entered Japanese territorial waters around the Senkaku Islands 34 times in 2021, over a total of 40 days, up 40% from the previous year’s 24 times, over a total of 29 days.

CCG vessels also sailed in Japan’s contiguous zone — which extends 22 kilometers from territorial waters — for a total of 332 days in 2021.

About one in four CCG vessels was said to be equipped with what appeared to be an autocannon.

Since China’s coast guard law went into effect on Feb. 1, 2021, Beijing has been strengthening the CCG’s naval capabilities.The law stipulates that the CCG will conduct “defensive operations” based on orders from the Chinese Communist Party’s Central Military Commission, which oversees the country’s armed forces.

According to a Japanese government official, about 10 navy frigates have been undergoing refurbishment in China since last year, and in the future, a total of about 20 navy vessels are expected to be converted into CCG ships.

Anti-ship and anti-aircraft missiles have been removed from most of the ships during such refurbishment, but machine guns and 76mm cannons have been kept on board.

A JCG source said China has been steadily upgrading weapons and other equipment.

Images of what appears to be a CCG vessel being refurbished have been posted on a Chinese social networking site. The JCG has been collecting information, such as where these vessels will be deployed.

The coast guard law grants the CCG the authority to force other countries’ vessels to leave its jurisdictional waters, making it possible for them to use weapons if China unilaterally claims that its sovereignty or jurisdiction has been violated.

A situation could be envisioned in which a CCG vessel approaches and uses a weapon against a Japanese fishing boat or other vessels in waters around the Senkaku Islands.

At a press conference on Tuesday, Defense Minister Nobuo Kishi said, “We will continue our vigilant surveillance with the determination to thoroughly protect our territory, territorial waters and airspace.”