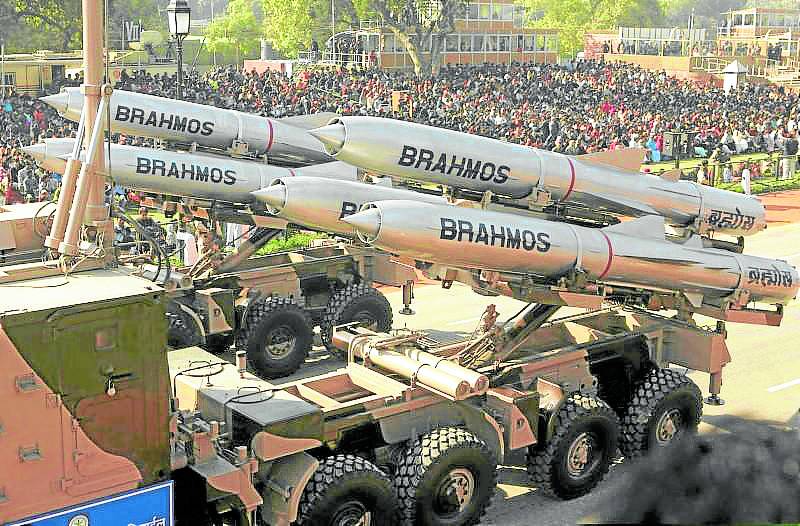 The Philippines and India signed on Friday a $374.9-million (P18.9 billion) deal to equip the Philippine Navy with three batteries of the fastest antiship cruise missiles in the world.

“Equipping our Navy with this vital asset is imperative as the Philippines continues to protect the integrity of its territory and defend its national interests,” Defense Secretary Delfin Lorenzana said after signing the contract with Indian Ambassador Shambhu Kumaran.

BrahMos Aerospace is an Indo-Russian defense contractor that builds supersonic cruise missiles with a range of more than 400 kilometers and speeds of Mach 2.8 to 3.0.

“As the world’s fastest supersonic cruise missiles, the BrahMos missiles will provide deterrence against any attempt to undermine our sovereignty and sovereign rights, especially in the West Philippine Sea,” Lorenzana said.

The medium-range missiles can be launched from submarine, ships, aircraft or land and are based on the Russian P-800 Oniks and other similar sea-skimming cruise missile technology.

The deal was historic as it was the first export order for the BrahMos missiles and the Philippines will be the first foreign country to acquire the missile system.

The Philippines will be the third in Southeast Asia to be equipped with a supersonic antiship missile system—following Indonesia, which has the ship-based Russian Yakhont, and Vietnam with the land-based variant of Bastion-P.

Lorenzana signed the notice of award to BrahMos (a portmanteau of the Brahmaputra River of India and the Moskva River in Russia) on Dec. 31.

Before this, on Dec. 27, the Department of Budget and Management released P2.83 billion as part of the down payment covering 15 percent of the total contract price.

The Navy deal includes the delivery of three batteries, training for operators and maintainers, and an integrated logistics support package.

The signing of the deal was supposed to be timed during a proposed visit of President Duterte to India in 2021, but fell through because of the pandemic.