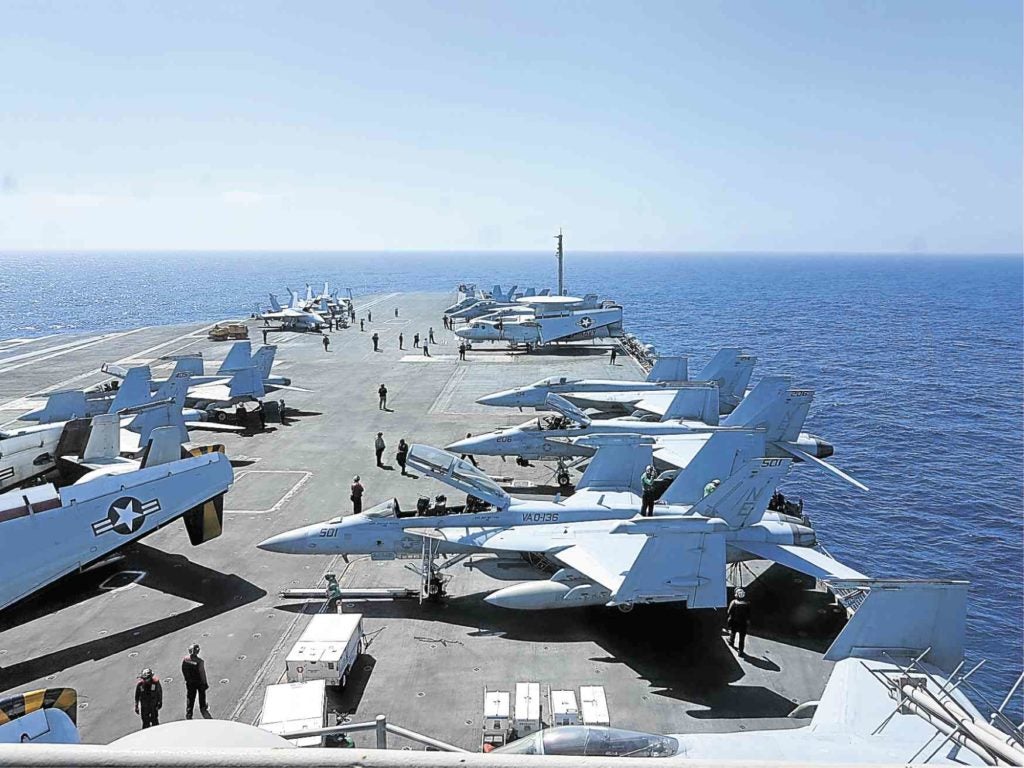 FREEDOM OF NAVIGATION The US aircraft carrier USS Carl Vinson conducts a freedom of navigation exercise in the South China Sea in February.—NIKKO DIZON (file photo)

WASHINGTON — Seven U.S. military personnel were hurt on Monday when an F-35C warplane had a “landing mishap” on the deck of the aircraft carrier USS Carl Vinson in the South China Sea and the pilot ejected, the U.S Navy said.

A Navy statement said the incident happened during “routine flight operations” in the South China Sea.

“The pilot safely ejected from the aircraft and was recovered via U.S. military helicopter,” it said. “The pilot is in stable condition. There were seven total Sailors injured.”

The statement said three of personnel required evacuation to a medical facility in Manila and four were treated by on-board the carrier and released. It said all the personnel evacuated were assessed as being in stable condition.

The Navy said the cause of the “inflight mishap” was under investigation.

The F-35 jet is made by Lockheed Martin.

The Pentagon said two U.S. Navy Carrier Strike Groups, led by the Carl Vinson and USS Abraham Lincoln began operations in the South China Sea on Sunday. The carriers entered the disputed sea for training as Taiwan reported a new Chinese air force incursion at the top of the waterway.