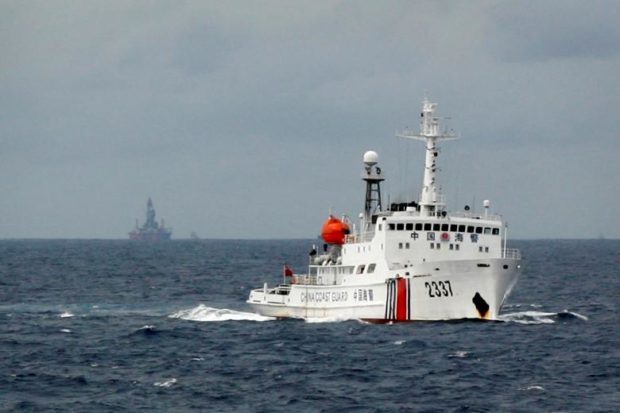 A Chinese Coast Guard vessel sailing near a Chinese oil rig in the South China Sea on June 13, 2014. PHOTO: REUTERS

SINGAPORE — The United States on Wednesday (Jan 12) issued a report detailing why China’s claims in the South China Sea are unlawful. Here’s what you need to know about the 47-page research paper.

What is the report about?

The study examines China’s maritime claims in the South China Sea. It postulates that China’s claims are inconsistent with international law as reflected in the 1982 United Nations Convention on the Law of the Sea.

Who wrote the report?

US State Department’s Bureau of Oceans and International Environmental and Scientific Affairs.

What are the points of contention?

The study says China asserts four categories of maritime claims in the South China Sea. Below are excerpts from the research paper.

China claims “sovereignty” over more than one hundred features in the South China Sea that are submerged below the sea surface at high tide and are beyond the lawful limits of any State’s territorial sea.

Such claims are inconsistent with international law, under which such features are not subject to a lawful sovereignty claim or capable of generating maritime zones such as a territorial sea.

China has either drawn, or asserts the right to draw, “straight baselines” that enclose the islands, waters, and submerged features within vast areas of ocean space in the South China Sea.

None of the four “island groups” claimed by China in the South China Sea (Dongsha Qundao, Xisha Qundao, Zhongsha Qundao, and Nansha Qundao) meet the geographic criteria for using straight baselines under the Convention.

Additionally, there is no separate body of customary international law that supports China’s position that it may enclose entire island groups within straight baselines.

China asserts claims to internal waters, a territorial sea, an exclusive economic zone, and a continental shelf that are based on treating each claimed South China Sea island group “as a whole” .

This is not permitted by international law. The seaward extent of maritime zones must be measured from lawfully established baselines, which are normally the low-water line along the coast.

China asserts that it has “historic rights” in the South China Sea. This claim has no legal basis and is asserted by China without specificity as to the nature or geographic extent of the “historic rights” claimed.