Asia grapples with explosive COVID-19 surge due to Omicron variant 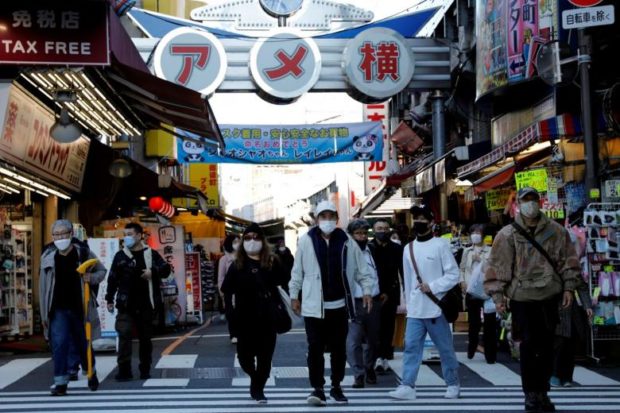 Japan reported 8,311 cases on Jan 8 as infections continued to mount at an alarming pace. PHOTO: REUTERS

TOKYO – The one-day Covid-19 tally in Japan has soared by nearly 16 times since the turn of the year, exemplifying the explosive surge in infections driven by the highly contagious Omicron variant of the coronavirus across Asia.

Elsewhere, all-time records toppled in Australia and the Philippines, while India registered a seven-month high on Saturday (Jan 8).

Australia bested the 100,000 mark for the first time on Saturday with 116,025 cases, smashing the previous day’s tally of just over 78,000, as states scrambled to reintroduce curbs to prevent hospitals from being overwhelmed.

The Philippines logged a new record of 26,458 cases on the day, just two weeks after reporting fewer than 200 a day. Curbs have been introduced in metro Manila, as well as dozens of other cities and provinces to deal with the surge.

India, meanwhile, reported 141,986 new Covid-19 cases on Saturday. This was the highest since May as the Omicron variant overtakes Delta as the dominant strain in metropolitan areas.

Japan, where case tallies have been in the low hundreds since a state of emergency was lifted in September, reported 8,480 cases on Saturday as infections continued to mount at an alarming pace. There were just 534 infections on the same day last week.

The current surge, at unprecedented speeds, poses a headache for Prime Minister Fumio Kishida, who is Japan’s third Covid-era leader. He will have to navigate a treacherous political climate and decide between imposing tougher measures and protecting economic interests.

His predecessor Yoshihide Suga quit after his approval ratings plunged over the perceived dilly-dallying over restrictions as the virus ran amok.

Despite the heavy caseload, there were 89 patients in serious condition and two deaths in Japan on Saturday (Jan 8), though these figures should not be taken to mean that the Omicron variant could be treated lightly, an expert warned.

Professor Hideaki Oka of Saitama Medical Centre’s Department of Infectious Disease and Infection Control said those infected with Omicron with light or no symptoms could be going about their daily lives and spreading the virus without even knowing it.

The infectivity rate appears close to that of an airborne infection, he added, as he urged the government to urgently prepare for the worst.

“Even if the number of severe cases is lower, this is only compared with the Delta variant. It may be as severe as – or more severe than – influenza and so this is not cause for optimism,” he said.

What may yet prove to be a political tinderbox is how the Omicron variant is said to have been seeded in Japan by reckless behaviour among United States servicemen at military bases throughout the country – though the subsequent spread might be traced to festive merry-making and travel.

A “quasi-emergency” is set to run from Sunday until Jan 31 in three prefectures hosting the bases – Okinawa, Yamaguchi and Hiroshima – with food-and-beverage businesses told to shorten hours and stop dine-in alcohol sales.

Okinawa broke its one-day tally for the fourth day in a row with 1,759 cases, while Hiroshima set a new one-day high of 547 infections. Yamaguchi’s 154 cases was just shy of its record of 181 infections on Thursday. 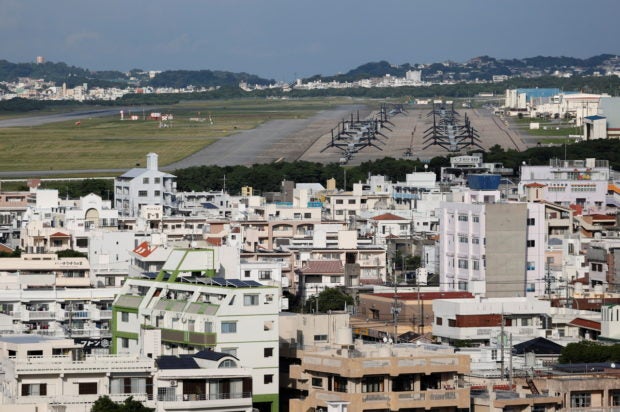 The US Marine Corps’ Futenma Air Station in Ginowan on the southern island of Okinawa. PHOTO: REUTERS

These areas are, however, just the tip of the iceberg.

They were among 18 out of Japan’s 47 prefectures to have logged more than 100 cases on Saturday, including rural areas like Kagoshima and Niigata.

Mr Kishida’s government has, in the meantime, asked US bases in Japan to observe Covid-19 protocols including a strictly enforced mask mandate as well as restrictions on going out of camp premises unnecessarily.

Covid-19 clusters, however, have also emerged at US bases in South Korea, with US forces raising its health protection alert after registering its highest weekly tally of 682 new infections. This brings the total to 3,027 cases.

US forces said on Friday that it will ban its servicemen in South Korea from dining outside bases, as well as visiting indoor malls, bars, clubs, gyms, amusement parks, theaters and massage parlors. 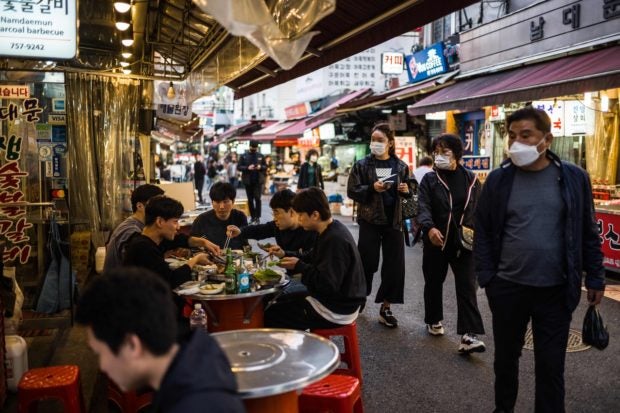 South Korea has escaped the surge thus far with 3,510 new cases on Friday, down from 3,716 the previous days. PHOTO: AFP

Travel to Seoul will also be barred unless on official business.

Still, South Korea has escaped the surge thus far with 3,510 new cases on Friday, down from 3,716 the previous day, though small clusters have been identified in the Seoul metropolitan area.

Tougher curbs were reinstated last month despite a “living with Covid-19” policy, after the nation reported record-breaking daily infections hitting 7,800 in November.

In China, where the Beijing Winter Olympics is set to open on Feb 4, there were 159 cases on Friday. This was down from 174 a day earlier, with most of the 95 locally transmitted cases in Henan and Shanxi provinces.