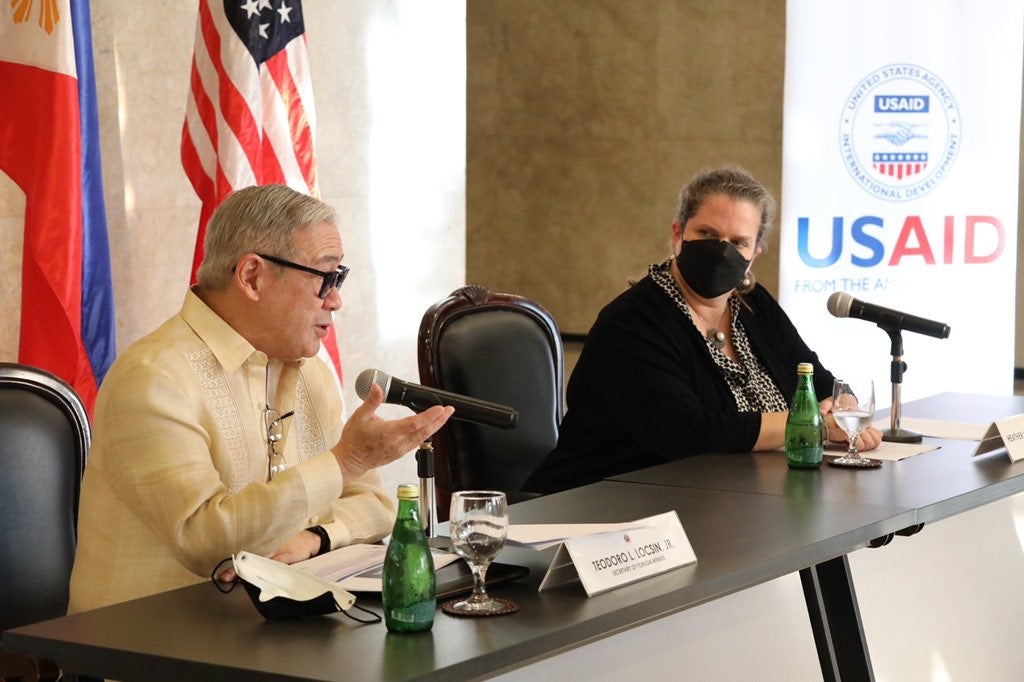 MANILA, Philippines — Foreign Affairs Secretary Teodoro Locsin Jr. on Wednesday expressed gratitude for the support extended by other countries in the wake of Typhoon Odette’s onslaught, saying the Philippines has been “getting a lot of assistance.”

“We’re really deeply grateful for the instant response from the United States, especially, and our friends abroad,” Locsin said in a joint presser with U.S. Embassy in the Philippines Chargé d’Affaires ad interim Heather Variava.

Locsin and Variava held the briefing after the U.S. Embassy announced an additional P950 million in humanitarian assistance to help communities battered by the typhoon.

Locsin also mentioned the help extended by the European Union, the World Health Organization, the United Nations (UN) Office for the Coordination of Humanitarian Affairs, the UN High Commissioner for Refugees as well as the UN Central Emergency Response Fund.

“This kind of generosity will continue and we are doing our best here to make sure that the relief is efficiently distributed,” the secretary assured.

Over 4.2 million individuals or 1.08 million families were displaced by Typhoon Odette, which ravaged parts of Luzon, the Visayas, and Mindanao almost two weeks ago.

More than 560,000 persons became homeless and are now staying in 1,201 evacuation centers.

Meanwhile, 397 have so far been reported dead due to the typhoon, according to the National Disaster Risk Reduction and Management Council.