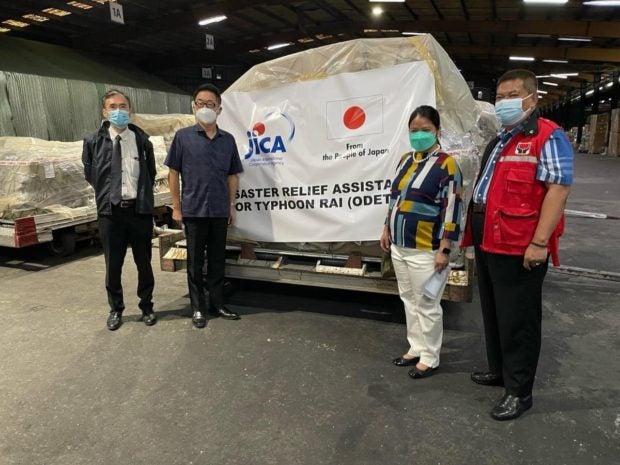 Among those present to receive the emergency assistance packs were  Japanese Ambassador to the Philippines Koshikawa Kazuhiko, JICA chief Rep. Azukizawa Eigo, and representatives from the DFA and the Department of Social Welfare and Development.

Death toll from the typhoon has risen to 367, the National Disaster Risk Reduction and Management Council said on Saturday, Christmas Day.

Only 44 deaths were considered confirmed so far by the disaster agency, while 323 were for validation.

Meanwhile, 51 were still missing and 659 people were injured from the country’s strongest typhoon this year.