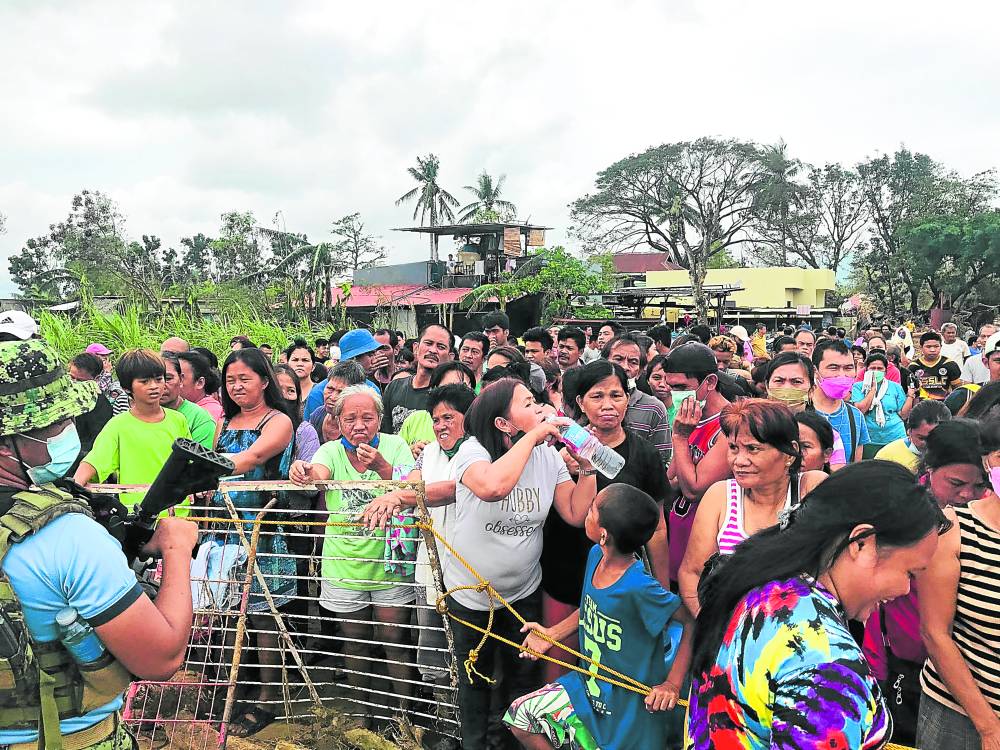 The United Nations and its humanitarian partners on Friday kicked off a campaign to raise $107 million (about P5.35 billion) for more than half a million Filipinos displaced last week by Typhoon “Odette” (international name: Rai).

The biggest Filipino corporations have also been mobilized to raise funds and relief supplies for victims of the strongest and deadliest storm to hit the country this year through the Philippine Disaster Resilience Foundation (PDRF).

According to the United Nations, the Humanitarian Needs and Priorities (HNP) plan was launched to respond to the needs of some 530,000 people in the worst-affected areas, especially in Caraga and Eastern Visayas.

“The HNP calls for US$107.2 million to support the government in responding to the most urgent humanitarian needs for the next six months,” it said in a statement.

“This is a crisis within a crisis. It happened at the end of the year when the government has been able to keep down COVID-19 infections and inoculated a significant number of the population. We will work with the Department of Health (DOH) to ensure that these hard-won gains are not lost,” he said.

CERF is one of the fastest and most effective ways to ensure that urgently needed humanitarian assistance reaches people caught up in crises. CERF’s Rapid Response window allows the UN to kick-start relief efforts immediately in a coordinated and prioritized response when a new crisis emerges.

Others, including the United States, China, Canada, New Zealand and the European Union, gave financial aid, supplies and pledges of assistance equivalent to about P417.5 million. Still others made commitments to provide aid without immediately stating amounts.

The Department of Budget and Management (DBM) on Friday said local governments in the six regions placed under a state of calamity will divide among themselves an initial P1 billion in financial assistance from the national government.

The Bureau of Treasury will directly release the money to local government units through their respective authorized servicing banks, the DBM said.

Following major disasters in the past, the United Nations had also called for international humanitarian aid for the Philippines—Supertyphoon “Rolly” (Goni) in November 2020, Supertyphoon “Yolanda” (Haiyan) in November 2013 and Typhoon “Pablo” (Bopha) in December 2012. —WITH A REPORT FROM INQUIRER RESEARCH