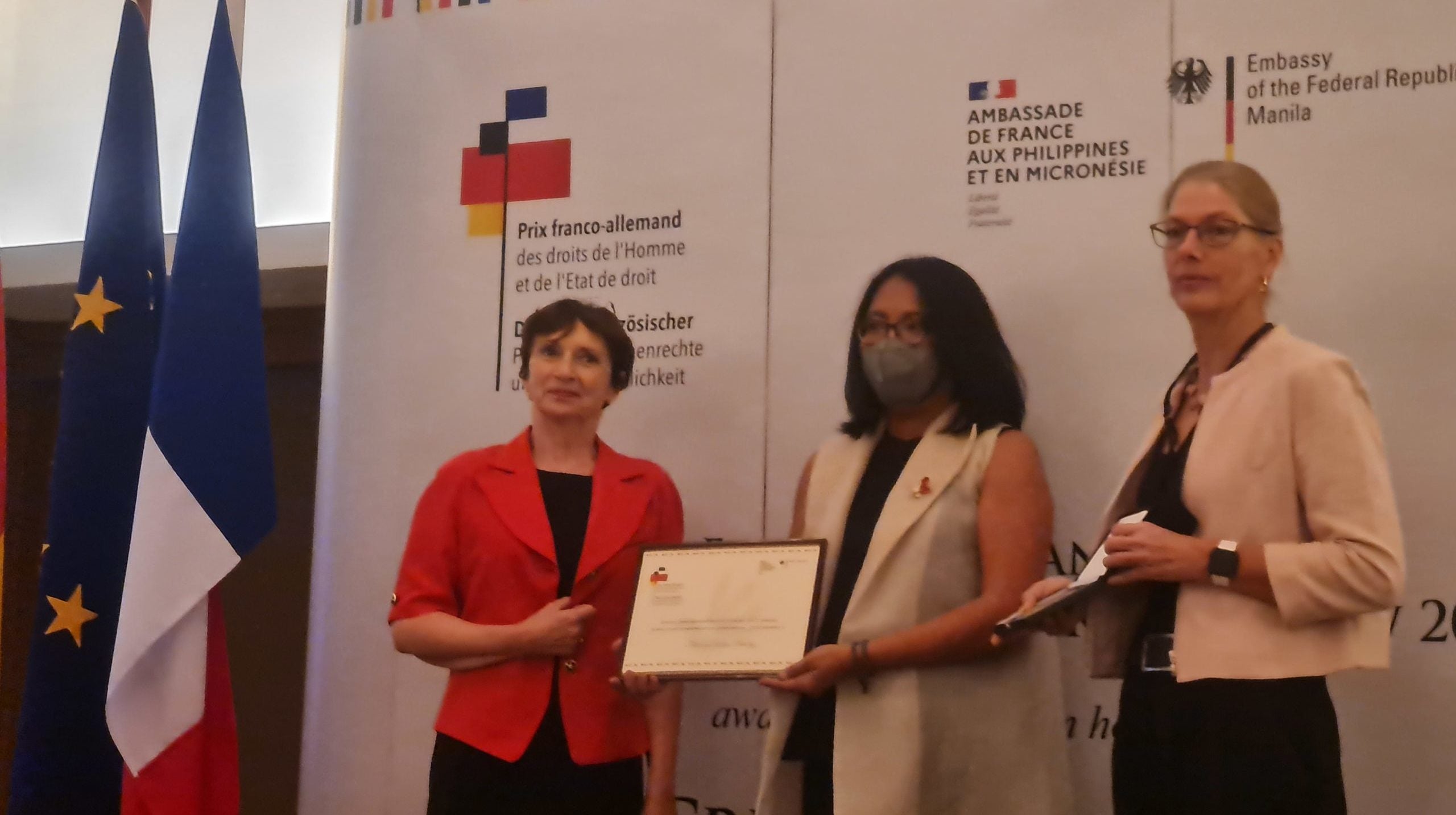 MANILA, Philippines—The head of the human rights group Karapatan (Rights) received recognition from the French and German embassies here for “exceptional contribution to the protection and promotion of human rights and the rule of law” in the Philippines.

Cristina Palabay, Karapatan secretary general, became the third Filipino to receive the Franco-German Human Rights Prize since its inception in 2016.

Palabay was nominated by the French and German embassies in Manila for her advocacy work on social justice, women and children’s rights, and the defense of freedom of speech and expression.

As secretary general of Karapatan, she was also recognized for her efforts in providing legal and material assistance to political prisoners, victims and families of torture and other human rights violations.

In her speech, Palabay thanked the activists, rights workers and survivors whose “tenacity, commitment and collective strength” had helped her and her colleagues withstand numerous risks and threats.

“They tried to bury us—human rights workers who work and struggle with communities that have been deprived of rights, freedoms, and liberties,” she said. “They didn’t know we are seeds: The kind of seeds that grow in the most brutal environment of political storms.”

Palabay’s international feat stands in stark contrast to the Philippine government’s treatment of her and her home organization, which is often vilified and red-tagged by the state’s counterinsurgency task force as communist fronts.

“What we see today is that human rights is increasingly being challenged and pressured. Working on safeguarding, often struggling to keep the status quo and not to allow a rollback,” she said.

French Ambassador to the Philippines Michèle Boccoz said she recognized how human rights defenders, like Palabay, “have remained strong and inspiring even in the face of danger the protection. Human rights defenders deserve our admiration and our support.”