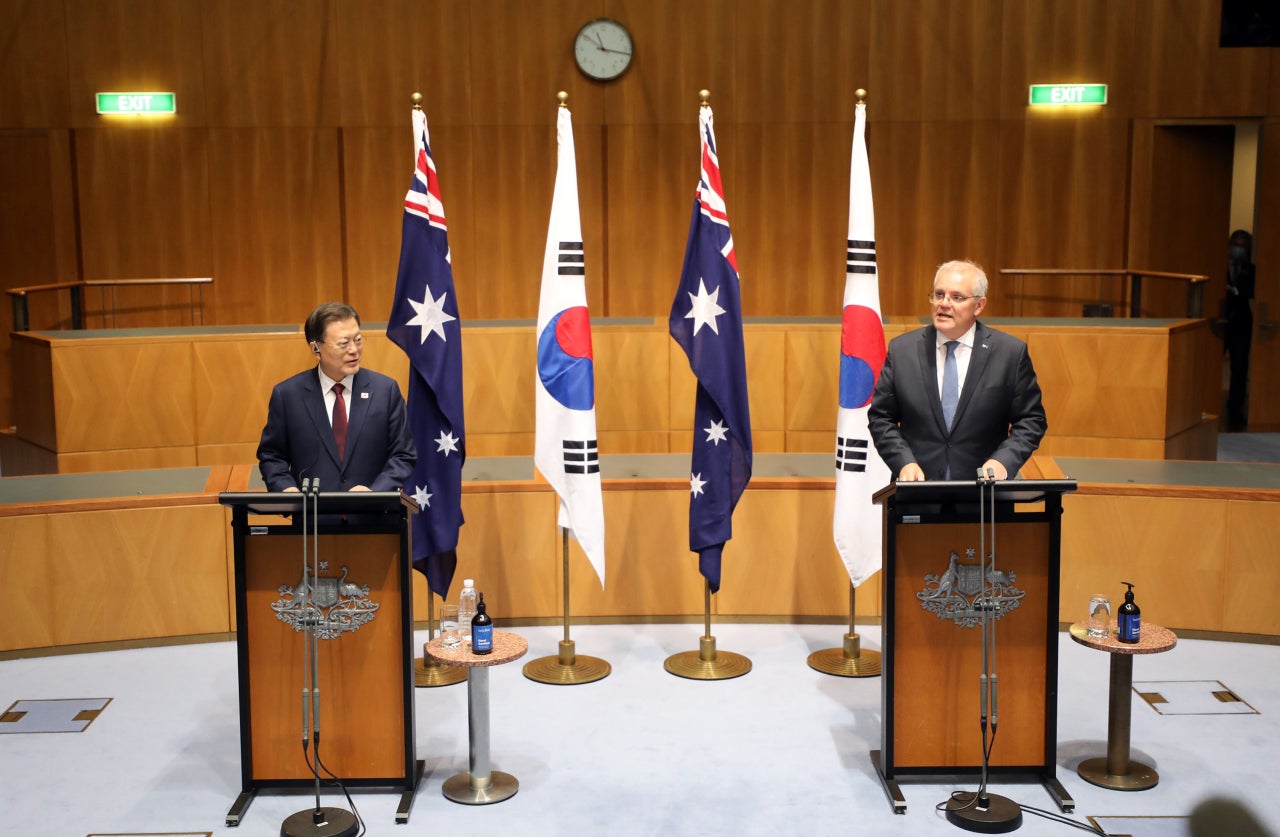 In the wake of Monday’s summit between South Korea and Australia, President Moon Jae-in and Prime Minister Scott Morrison adopted a joint statement on territorial disputes in the South China Sea.

“As major maritime trading nations, Australia and South Korea recognize that the stability of the Indo-Pacific depends on adherence to international law in the maritime domain, including in the South China Sea,” said the joint statement signed by the two leaders.

The South China Sea is a marginal sea of the Western Pacific Ocean. China claims most of the sea as its territory and strongly opposes outside intervention, despite objections from its neighbors and a court ruling against it in the Hague.

Tensions between China and the US have recently escalated as the US and the European Union are concerned about China’s violation of international law in the sea through high-level consultations. The US also warned that it could trigger a mutual defense treaty after China used water cannons on two Philippine supply boats heading into the sea.

The joint statement said the two leaders underscored that disputes must be resolved peacefully and in accordance with international law, including the United Nations Convention on the Law of the Sea.

“They also reaffirmed the importance of upholding freedom of navigation and overflight, and agreed to strengthen coordination to uphold these principles, which must not be undermined in the context of increasing risks of instability in the maritime domain.”

President Moon, who distanced himself from the diplomatic boycott of the Beijing Winter Olympics on Monday, appears to be on the side of Australia when it comes to the issue of the South China Sea.

Australia is the top US ally, participating in the AUKUS, Quad and Five Eyes, which the US leads to keep a check on China. Morrison said the member states of the Association of Southeast Asian Nations should be able to make their own economic decisions at a joint press conference Monday, speaking of the sea.

The two leaders also agreed to support peace on the Korean Peninsula.

“Leaders underscored their mutual commitment to the complete denuclearization and establishment of permanent peace on the Korean Peninsula, based on previous agreements including the 2018 Panmunjom Declaration, Pyongyang Joint Declaration and Singapore Joint Statement,” the statement said.

They also called for the full implementation of relevant United Nations Security Council resolutions by the international community, including North Korea.

They agreed to work together to advance clean hydrogen cooperation, focusing on trade, supply chain development, support for infrastructure, expanding use in the transport and power sector, institutional agreements and enabling regulatory and skills reforms.

The two nations will increase cooperative efforts to ensure supply chain resilience for critical minerals and associated products. They also agreed to be close partners on earth observation and imagery captured from space.