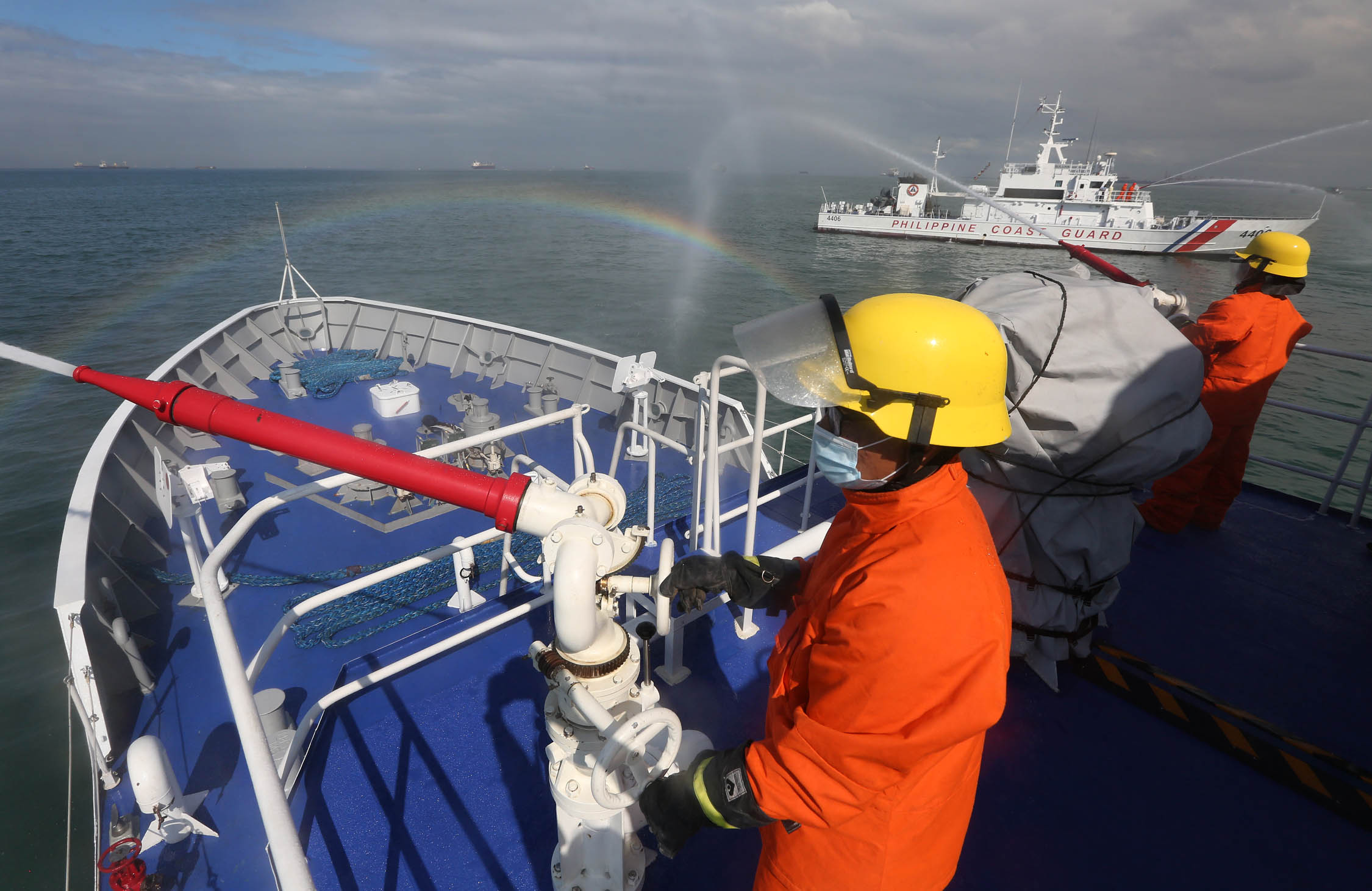 MANILA, Philippines—The Japanese government would continue providing aid to the Philippines to keep sea lanes free and open in the Indo-Pacific region in the wake of increasing aggression by China.

The two countries are struggling with territorial disputes with China—The Philippines over West Philippine Sea (South China Sea) and Japan over Senkakus in the East China Sea.

“We will continue to strengthen cooperation with the Philippine government and Philippine Coast Guard (PCG),” he said.

Koshikawa boarded the BRP Malabrigo—one of 10 44-meter multi-response vessels acquired by the PCG through Japan’s official development assistance (ODA) in 2016— for an hour-long capability demonstration around Manila Bay. He was with some Japanese embassy staffers, PCG officials and journalists. 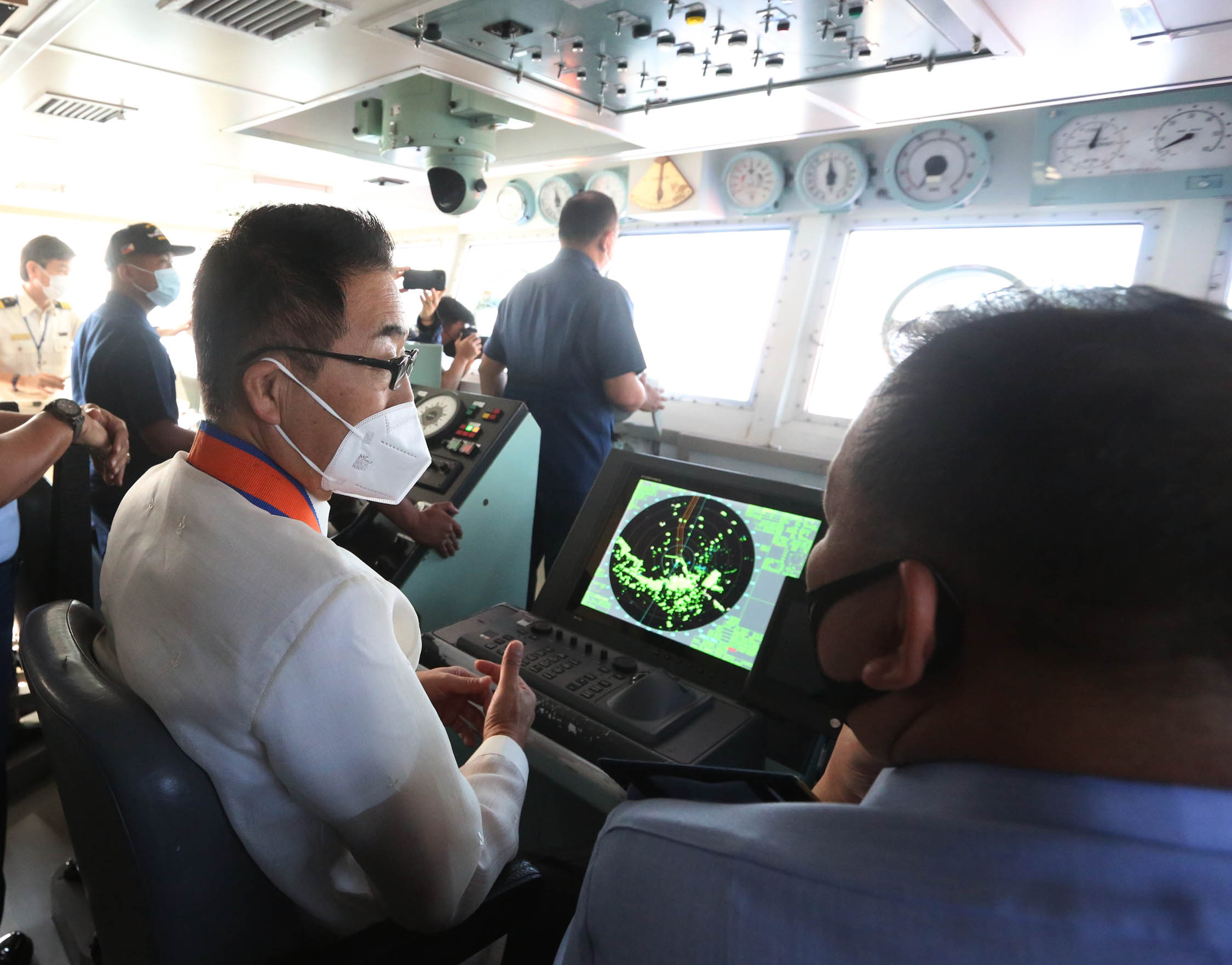 Japanese ambassador to the Philippines Koshikawa Kazuhiko tours the BRP Malabrigo, one of the ships acquired by the Philippine Coast Guard through Japan’s official development assistance. He said Japan supports a free and open Indo-Pacific. PHOTOS BY MARIANNE BERMUDEZ/ PDI

The demonstration showcased the ship’s water cannon setup, which was mainly for firefighting. A China Coast Guard vessel had recently fired Philippine supply boats with water cannons inside the Philippine exclusive economic zone, triggering a new round of diplomatic protests.

Japan’s continued maritime security assistance to the PCG has been bearing fruit.

Japan has also helped the PCG conduct training for its personnel, conduct exercises and other activities. 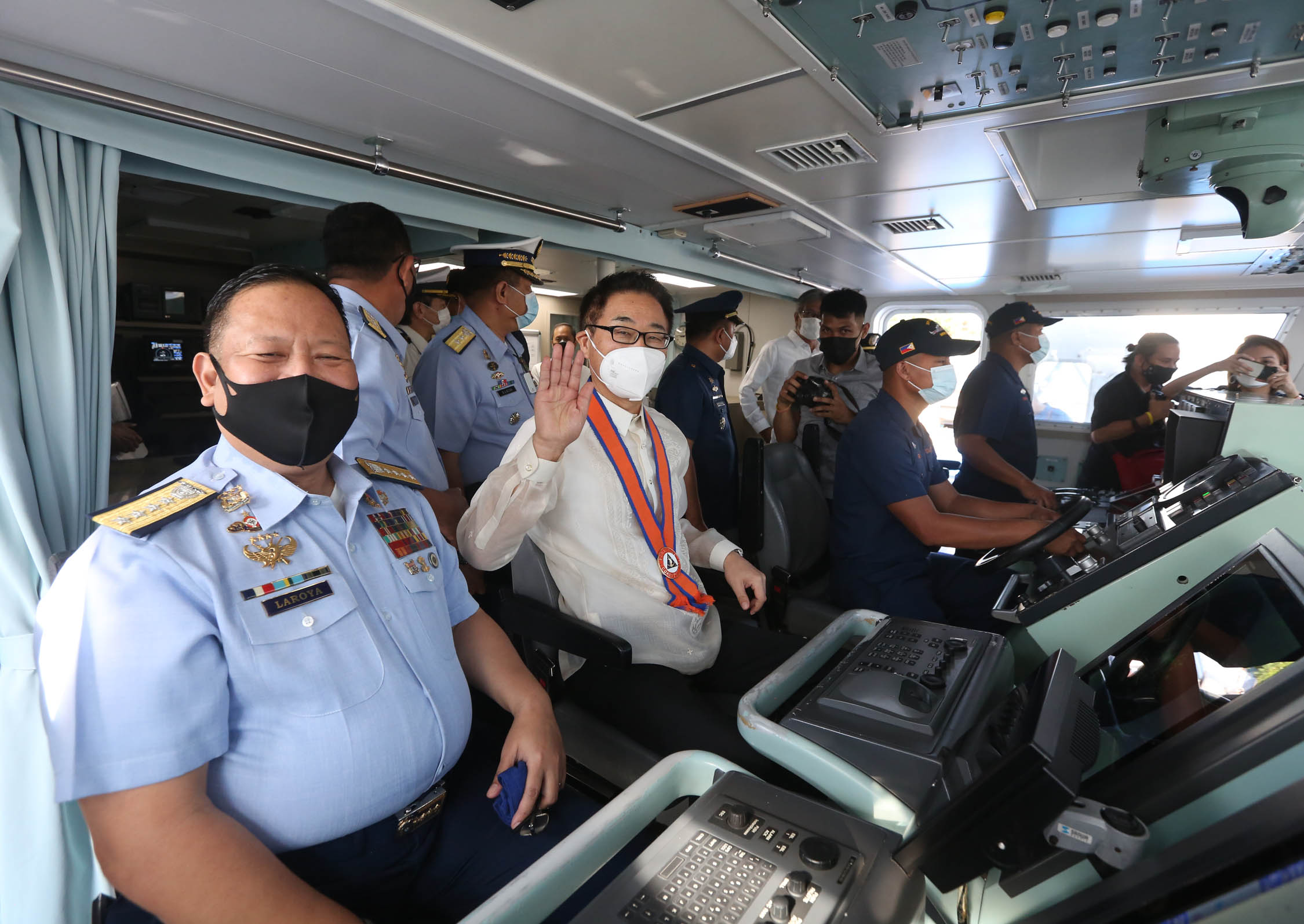 Japanese ambassador to the Philippines Koshikawa Kazuhiko tours the BRP Malabrigo, one of the ships acquired by the Philippine Coast Guard through Japan’s official development assistance. He said Japan supports a free and open Indo-Pacific. PHOTOS BY MARIANNE BERMUDEZ/ PDI

These will be the capital ships of the PCG, said PCG commandant Vice Admiral Leopoldo Laroya.

The PCG is continuously working with Japan to identify potential areas of assistance, he said.

While aboard the Malabrigo, Koshikawa discussed development plans for the PCG that would be included in the development of Subic Bay, according to Laroya, without elaborating.

In 2020, Inquirer.net reported, citing sources, that Transport Secretary Arthur Tugade sought the help of the Japanese government to develop a bigger headquarters for the PCG in Subic Bay.

The Indo-Pacific is becoming a flashpoint in the last few years and battleground for competing influence of the United States and China.

Analysts have said that middle powers, like Japan, were expected to play a significant role in ensuring stability and prosperity in the area.

Japan has become more outspoken on Chinese aggression in the South China Sea, where the US and allies have stepped up joint exercises in recent months.

Japan’s renewed pledge of assistance to the Philippines came weeks after the water cannon attack by Chinese Coast Guard vessels on two Philippine boats transporting supplies to a Philippine naval outpost on BRP Sierra Madre in Ayungin (Second Thomas) Shoal in West Philippine Sea. The area is a low-tide elevation inside Philippines’ EEZ.

Koshikawa was one of the ambassadors in the Philippines to immediately express concern on the water cannon attack and show support for the 2016 arbitral ruling that found China’s fictitious nine-dash line claim to nearly the entire South China Sea as baseless.

“Japan strongly opposes any unilateral attempts to change the status quo in the East and South China Seas,” he said.

“Compliance with the 2016 arbitral award and the principle of peaceful settlement of disputes based on international law, UNCLOS (United Nations Convention on the Law of the Sea), are vital for peace and prosperity in the region,” he added.

The Philippines and China are signatories to the 1982 UNCLOS.

But Beijing continued to flaunt its aggression, disregarding the ruling and escalating its intrusion in Philippine EEZ.