As international travel slowly resumes, many Filipinos with family abroad are hoping to reunite with their families soon. Ask Filipino-born TV personality and host Richard Juan and he will tell you that making a trip back to Hong Kong to see his family will be his first priority. Born to Hong Kong parents in the Philippines, Richard spent over 18 years in Hong Kong from kindergarten through high school. He returned to the Philippines to pursue a degree at the University of the Philippines and stayed on when his career in the entertainment industry took off.

From Left to Right: Richard and his mother at the iconic Jumbo Floating Restaurant. Richard in middle school during a school sports event at Happy Valley

“I understand and relate to how my Filipino brothers and sisters feel because like them, it has been almost two years since I last saw my family in Hong Kong. While technology has been a lifesaver during the pandemic, there is still a certain limit to it. Iba pa rin yung kasama mo talaga ang pamilya mo nang personal (It’s still so different to be with your family in person). We still cannot feel, touch and be close to our family members with just technology alone. It’s super tough,” said Richard. 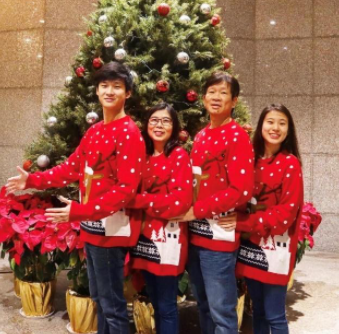 Richard’s last Christmas with his family in Hong Kong

He fondly recalls their family tradition of spending the last day of the year together while enjoying hot pot, visiting local markets and soaking up the atmosphere as they ring in the new year. It’s a tradition he misses the most since it’s not commonly practiced here in the Philippines. He has gotten so used to being able to visit even during weekends and especially during holidays so this change has been a big adjustment for him. He adds, “I don’t know how people bear the distance.”

For Richard, work was his anchor and in the midst of a difficult time, a passion project with the Hong Kong Tourism Board (HKTB) called, “The Juan in West Kowloon” was born. In this one-episode programme, Richard was virtually transported back to Hong Kong and onto the streets of West Kowloon, an emerging neighborhood where traditions and modernity coexist with the bustling energy of an international art and culture district.

Although Richard spent his childhood in Hong Kong, West Kowloon felt new but familiar with historical architectures, time-tested traditions and culinary favourites nestled among modern wonders. Virginia Chan, travel entrepreneur and founder of Humid with a Chance of Fishball Tours (HCFT) in Kong Kong, took him around the hottest spots in West Kowloon such as West Kowloon Promenade, Temple Street, Sky100, and had authentic stir-fried beef noodles and milk tea in an iconic Cha Chaan Teng. 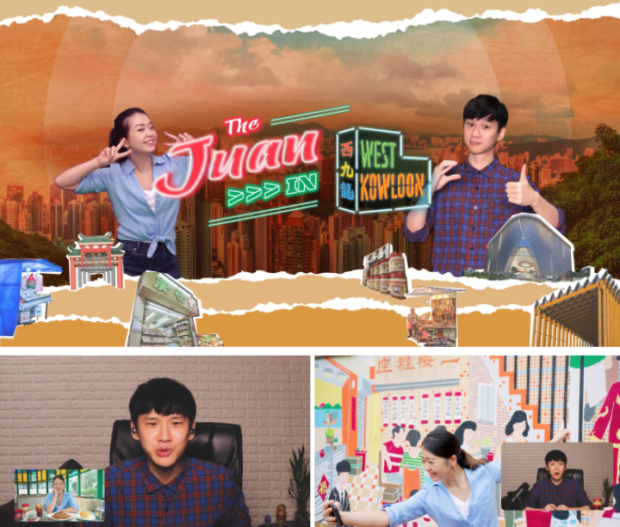 Scenes and excerpt from Juan in Hong Kong

“This project is special because I got to see, feel and eat like I’m in Hong Kong, something that was not possible until filming started. Seeing West Kowloon again was indescribable and bittersweet! It’s true that a lot of things have changed in the neighborhood. It has become a hip and artsy district, full of Instagram-worthy spots, quite different from my memories of it growing up. But despite all these changes, its unique charm remains.” he says. 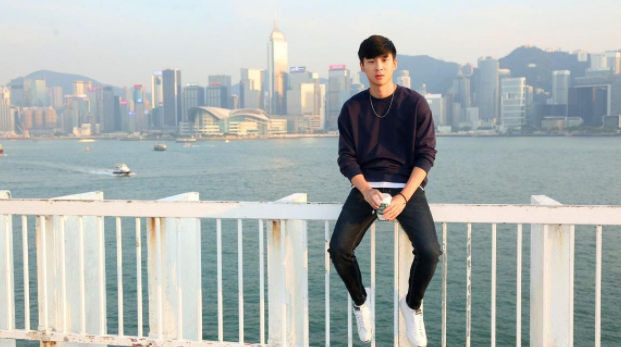 Richard against the backdrop of Victoria Harbour

Richard concludes the interview saying, “I hope people will understand and appreciate some of the traditions, customs and delicacies that I grew up with when they watch “The Juan in West Kowloon”. The Philippines is my home, Hong Kong is also my home. I’m very fortunate to have two homes.