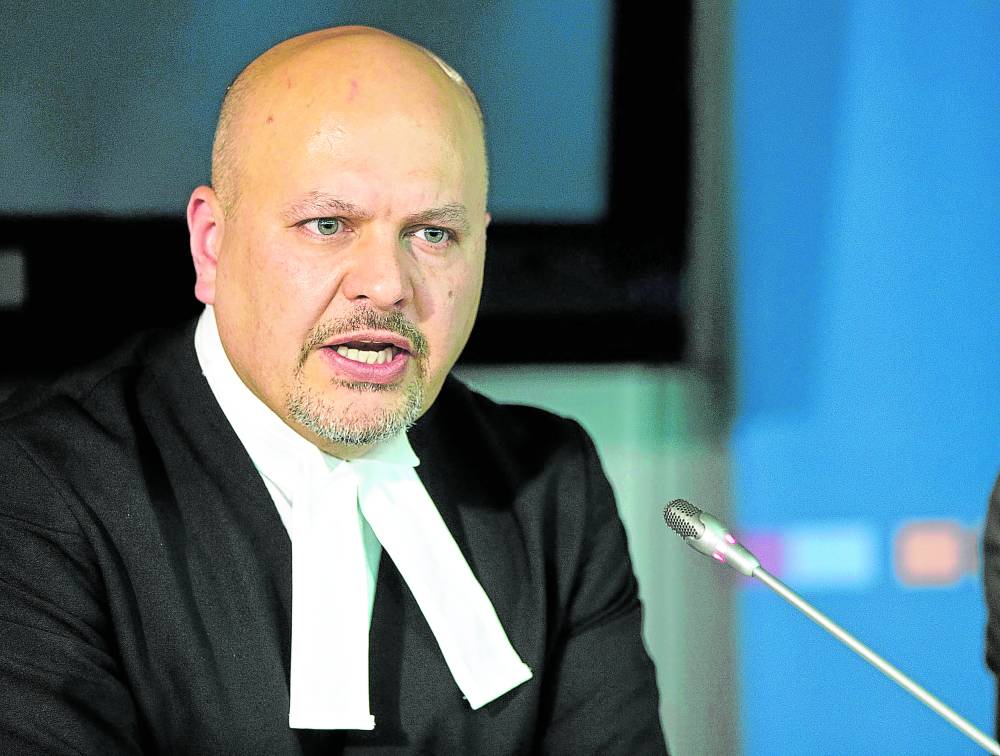 MANILA, Philippines — Human rights groups have called on the International Criminal Court (ICC) to resume its investigation into the crimes against humanity in the Philippines in connection with President Duterte’s deadly war on drugs and the reported killings in Davao City while he was mayor.

Malacañang said it had yet to decide if it would respond to ICC chief prosecutor Karim Khan’s request to provide “substantiating information” on the investigations being done by the government into the allegations against Duterte.

In a Nov. 24 joint letter to Khan, 11 human rights groups, including Karapatan and the Asian Forum for Human Rights and Development, stressed that the government had no clear commitment to serve justice to thousands killed in the drug war.

The review being done by the Department of Justice covered only a small number of the cases and, so far, there has been only one criminal conviction out of the over 6,000 fatalities, the groups said.

According to them, while the government continues to refuse to work with the Commission on Human Rights to look into the cases, “relatives of victims remain fearful of reprisals should they cooperate with independent investigations.”

“What we see is a government that has used domestic mechanisms only to shield perpetrators from international accountability,” the groups told Khan.

In a statement on Thursday, acting presidential spokesperson Karlo Nograles reiterated that the government might communicate with Khan without waiving its stand that the tribunal no longer has jurisdiction over the Philippines.

He also protested the Inquirer’s story that the government “would reject” Khan’s request to submit data on the investigations it was conducting on the killings arising from the drug war.

According to Nograles, “there [was] nothing” in his earlier pronouncement “that would justify” the headline and storyline of the article.

“Again, while we do not waive our position that the ICC lacks jurisdiction to probe our campaign against illegal drugs, this does not preclude the Duterte administration from communicating with the ICC,” he said.

In September, ICC judges approved an investigation of the thousands of killings of suspected drug users and peddlers in the government’s bloody campaign against illegal drugs.

On Nov. 10, the Philippine government, through its Ambassador to the Netherlands Eduardo Malaya, formally requested Khan to defer the investigation, saying the administration had employed “domestic remedies” to look into allegations of extrajudicial killings and other human rights violations under President Duterte.

On Nov. 18, the ICC announced that it had “temporarily suspended” the investigation while the prosecution “assesses the scope and effect” of the deferral request.

But it added that the prosecution would “continue its analysis of information already in its possession, as well as of any new information it may receive from third parties” in determining the future of the investigation.

Earlier, Nograles said the Palace had yet to receive a formal request from Khan about data on the government’s investigations.

He described the ICC prosecutor’s request for information as “[c]learly … an acknowledgment that alleged victims can seek redress in Philippine legal institutions because these are independent, impartial and competent.”