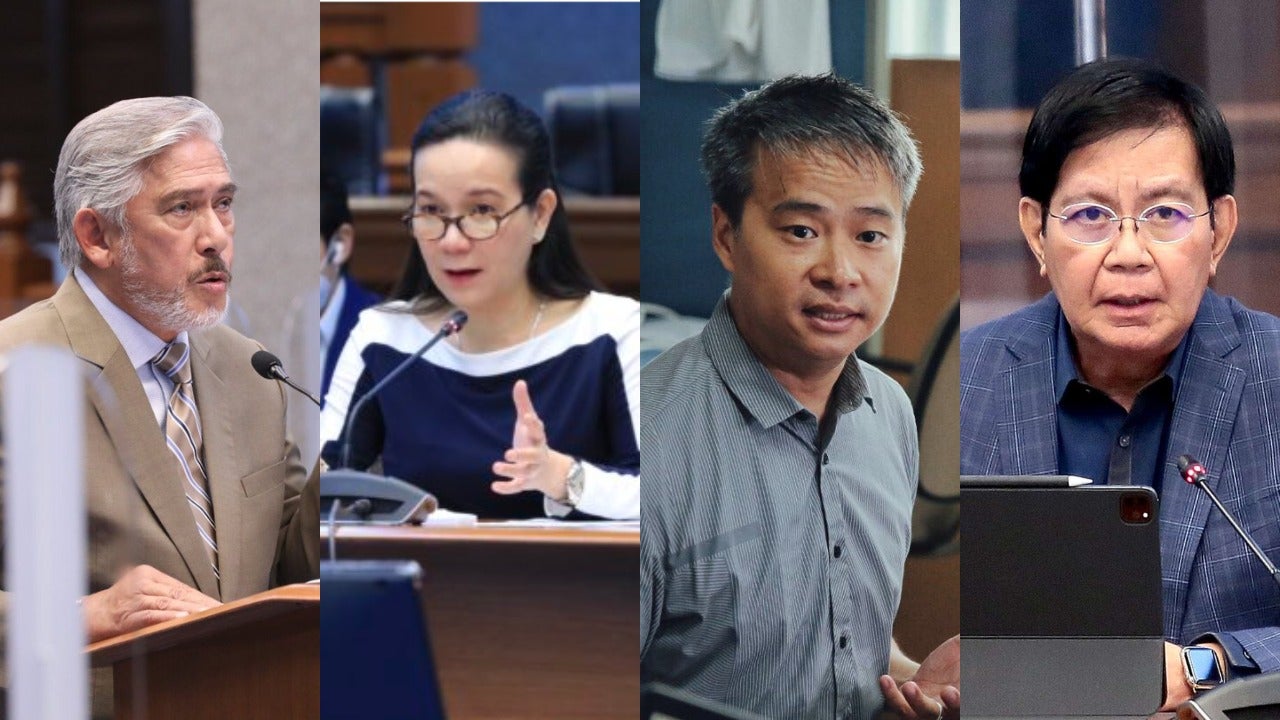 This was the firm stand of several senators, with one even saying that “trespassers have no right to issue an eviction order.”

(If they’re saying that the area is theirs and we should move out—we will not move out.)

On Wednesday, the Chinese government demanded that the Philippines “honor its commitment” and remove the grounded ship that serves as an outpost for its Filipino troops at Ayungin Shoal.

Zhao was apparently referring to BRP Sierra Madre, a World War 2 landing ship tank that was intentionally grounded in 1999 to serve as a garrison for Filipino troops in Ayungin Shoal, which China claims to own and calls Ren’ai Jiao.

(I don’t think there was an agreement and I couldn’t imagine the Philippine government, much less the Foreign Affairs department, would enter into an agreement to remove Sierra Madre. We have troops there.)

(So that is ours, it’s clear, we should just measure it—it’s ours.)

READ: Lorenzana to China on BRP Sierra Madre: ‘What commitment?’

Ayungin Shoal, located 104 nautical miles off Palawan, is a low-tide elevation within the Philippines’ exclusive economic zone and continental shelf, which the Philippines has sovereign rights.

For his part, Senator Joel Villanueva stressed BRP Sierra Madre has been grounded in Ayungin Shoal since 1999.

“To argue otherwise is to suffer from historical amnesia and geographical ignorance,” he said in a statement Thursday.

“Trespassers have no right to issue an eviction order,” he added.

“Sierra Madre, the ship, is a fixture as immovable as Sierra Madre, the mountain range. Eventually, the sea will be BRP Sierra Madre’s final resting place. But no way should it be the graveyard of our sovereignty,” the senator further said.

Senator Grace Poe, meanwhile, dubbed China’s recent demand as “another display of utter arrogance and aggression that we must not take sitting down.”

“China has no right to dictate what we can do within our waters,” she said.

She cited the 2016 ruling of the Permanent Court of Arbitration in The Hague which “declared that Ayungin Shoal belongs to the Philippines and is well within our exclusive economic zone and continental shelf.”

In slamming China’s action, Poe said the government should go beyond filing diplomatic protests and “step up efforts in rallying” the country’s neighbors to “form a united front” against China in the South China Sea.

“Time and again, several nations have stood by us and shared our goal of ensuring peace, stability, and harmony,” Poe said.

“Mutual respect must always be the cornerstone of our relationship with any nation,” she added.

China said its coast guard was performing “official duties in accordance with the law.”

On Tuesday, November 23, the boats tried to complete their resupply mission and succeeded, but not without Chinese Coast Guard personnel taking photos and videos of their activities.