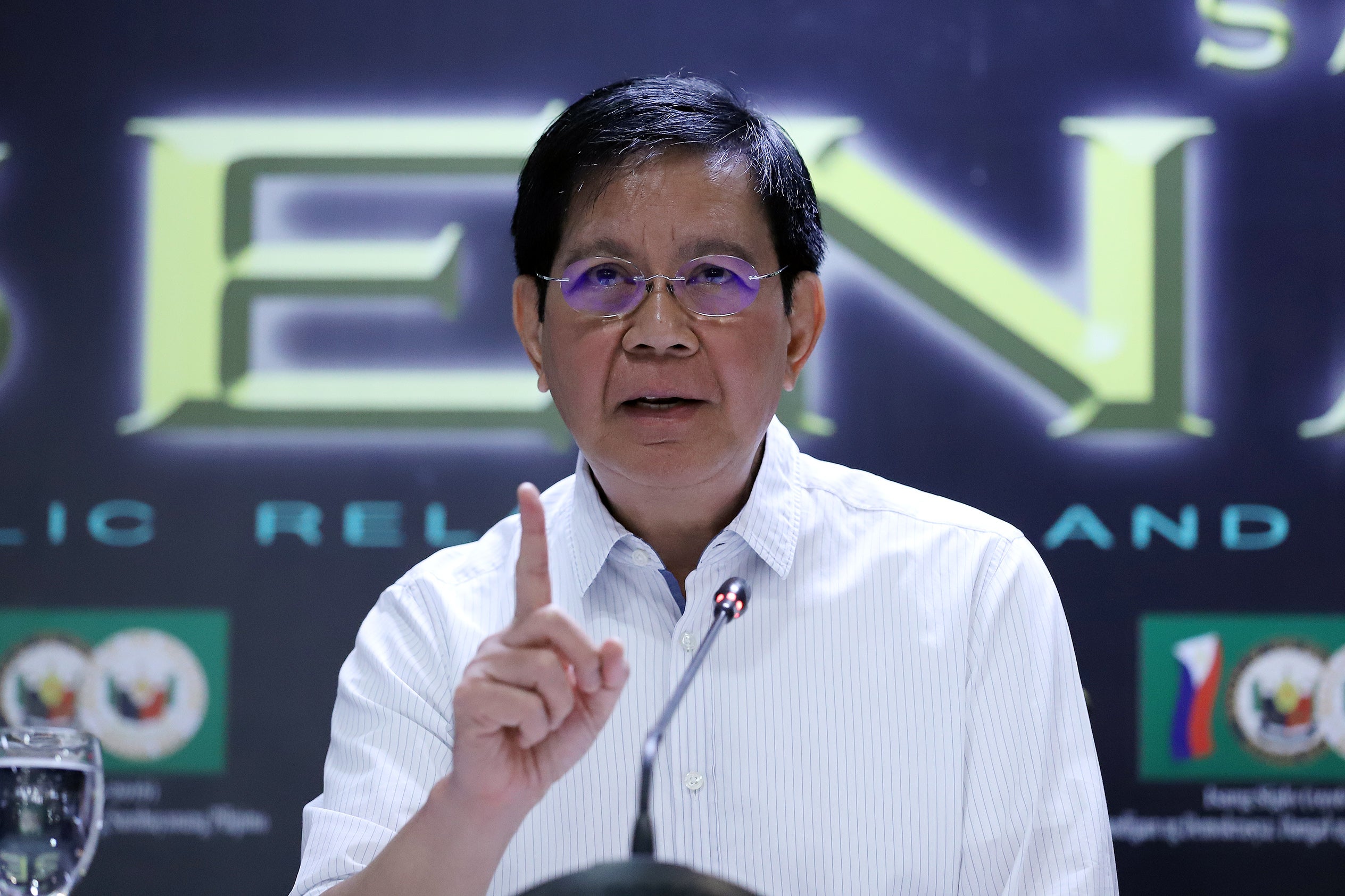 “On top of filing diplomatic protests, we should be more assertive and I’m thankful that the President came up with a very strong statement. For the first time, we heard a strong statement from the President and what could be a more appropriate venue than the Asean (Association of Southeast Asian Nations) Summit?” Lacson, who chairs the Senate defense committee, said in an interview on CNN Philippines’ “The Source.”

“Even if belatedly said, sa akin mabuti na rin na nasabi in a venue na nakikinig ‘yung Asean leaders. No matter how late, it’s still good that the President issued a strong statement, at least to awaken not just China, but other stronger allies,” he added.

“I think that’s good, that’s good enough. No matter how late, I should still thank the president for issuing that statement,” he added.

“Since 2011, 211 such incidents already occurred and we have filed [protests] almost daily—exaggeration—pero ganun karami din halos yung diplomatic protests pero to no avail. And it’s only now that parang merong awakening, not only on the part of our leaders but yung sa ibang countries as well,” Lacson said.

After the Nov. 16 incident in Ayungin Shoal, Lacson, who is seeking the presidency, visited Pag-asa Island in Kalayaan, Palawan last Nov. 20.

On his way there, the plane carrying Lacson and his team were warned by the Chinese Navy.

“It wasn’t unexpected kasi even before we flew out of Puerto Princesa, I was already warned by the WesCom (Western Command) commander sabi niya ‘pwede kayo ma-challenge diyan as you approach the Pag-asa airstrip.’ We were already anticipating that we would be challenged,” the senator went on.

“It was more anger than fear. In the first place, wala namang backing out. We were within our territory,” he added.

Read Next
#BrigadangAyala Kaakay seeks to feed 500,000 individuals in Metro Manila
EDITORS' PICK
Omicron variant detected in more countries as scientists race to find answers
Gov’t plans to open COVID-19 vaccination for 5- to 11-yr-olds by January 2022
A delightful blessing!
Villar Group gears up for AllValue Shopping Party on Dec. 3; around P 1-million promos and discounts up for grabs
Legarda: Ending Violence Against Women, a cause for all
Gov’t eyeing COVID-19 vaccine booster for essential workers, indigents by Dec. 10
MOST READ
Omicron poses ‘very high’ global risk, countries must prepare–WHO
Quiboloy warns of ‘much worse than Omicron virus’ if his ‘persecution’ is not stopped
Bongbong Marcos’ conviction in tax case not a crime involving moral turpitude — lawyer
Marcoleta defends pol ads on ABS-CBN
Don't miss out on the latest news and information.