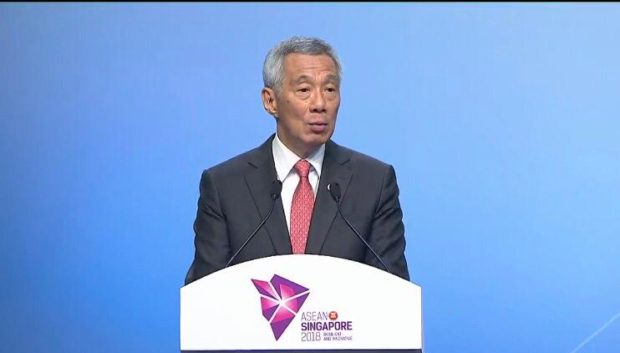 SINGAPORE — Rising tensions between China and the United States as both superpowers clash over the Taiwan issue could result in a “mishap” that both sides might regret, and things as they stand now warrant concern, warned Prime Minister Lee Hsien Loong on Wednesday (Nov 17).

“I do not think it is going to war overnight, but it is a situation where you can have a mishap or a miscalculation and be in a very delicate situation,” he told the Bloomberg New Economy Forum.

PM Lee noted the US has stepped up the visibility and intensity of its engagement with Taiwan, while China has tested Taiwan’s air defences. “All these moves raise suspicions, tensions and anxieties, and make it more likely that a mishap or miscalculation can happen.”

At a virtual meeting on Tuesday between US President Joe Biden and his Chinese counterpart Xi Jinping, Mr Biden reiterated Washington’s commitment to the “one China” policy but also expressed his opposition to any “unilateral efforts” to change the status quo.

Mr Xi, in turn, warned that any attempt by the US to use Taiwan to pressure China would be “just like playing with fire”.

Asked if China is likely to further tighten restrictions in Hong Kong, the Prime Minister noted that last year’s unrest in the city has been “very firmly put down”.

“I think that there is a price that has been paid internationally, and even internally, in Hong Kong. And I think they will see how things will evolve from there,” he said.

On the topic of Sino-US relations, PM Lee said the differences between both countries are many and deep, going beyond individual issues to basic mindsets.

In the US, there is bipartisan consensus that China is a challenger and a serious problem – even if this view may not be held by the current administration, he noted.

There is also a moral dimension at play. “I am democracy – you are not. I am for human rights – you are not,” PM Lee said. “If you define issues like this, it becomes very difficult to transition from that to saying: ‘I have to coexist, we both live in the same globe’.”

And in China, some view the strategic rivalry with the US as an attempt by Washington to slow China down, even as the country takes its “rightful place in the world”.

Both countries reiterated their commitment to trade at the forum on Wednesday, with Chinese Vice-President Wang Qishan saying China will “keep its arms wide open” to foreign investment and work with others to drive global growth.

US Commerce Secretary Gina Raimondo reiterated America was back in the Indo-Pacific. But it will pursue tie-ups with its partners in specific areas such as supply chains, instead of getting on board the Comprehensive and Progressive Agreement for Trans-Pacific Partnership, which China wants to join.

Mr Micklethwait also asked the Prime Minister what he expects the global situation to look like in 10 years. “Do you see Singapore as stuck in a world with two economies, or one where there’s still a big global economy?”

A global economy will continue to exist, albeit with “toll gates and all kinds of customs checks along the way, even swab tests”, PM Lee responded.

“Because I do not see the rivalries disappearing – they could get worse. But neither is it possible for the Siamese twins to be separated,” he said.

“You are too interdependent on one another, and it is not possible to say: ‘I make my own system and you make yours.'”