Espiritu, according to the DFA, said the Philippines “strongly upholds” the Unclos as the “legal framework under which all ocean activities are regulated.”

“As our President highlighted at the recent 24th Asean-China Summit, the 2016 Arbitral Award singles out no one and in fact justly favors and benefits the community of law-abiding nations by providing clarity to all, which is beyond compromise,” he added.

Espiritu further said the Philippines is “proud of the progress” in the Code of Conduct (COC) negotiations under its coordinatorship of the Asean-China Dialogue Relations from 2019 to 2021, according to the DFA.

“These include the provisional agreement on the Preamble section of the Single Draft COC Negotiating Text,” the DFA added.

He also expressed the commitment of the Philippines in achieving the early conclusion of an “effective and substantive” COC that is in accordance with international law.

Ponce said that as an Asean member, the Philippines’ position in maintaining peace and upholding a rules-based regional architecture, particularly on the South China Sea, is anchored on the Unclos as well as the historic 2016 ruling of the Permanent Court of Arbitration (PCA) in The Hague.

Ponce, during the forum, said the Philippines welcomes the “growing chorus of nations affirming the Award,” according to the DFA.

DFA Secretary Teodoro Locsin Jr. said he has already spoken to Chinese ambassador Huang Xilian and to the Ministry of Foreign Affairs in Beijing to protest and condemn the incident, reminding them that a public vessel is covered by the Philippines-US Mutual Defense Treaty. 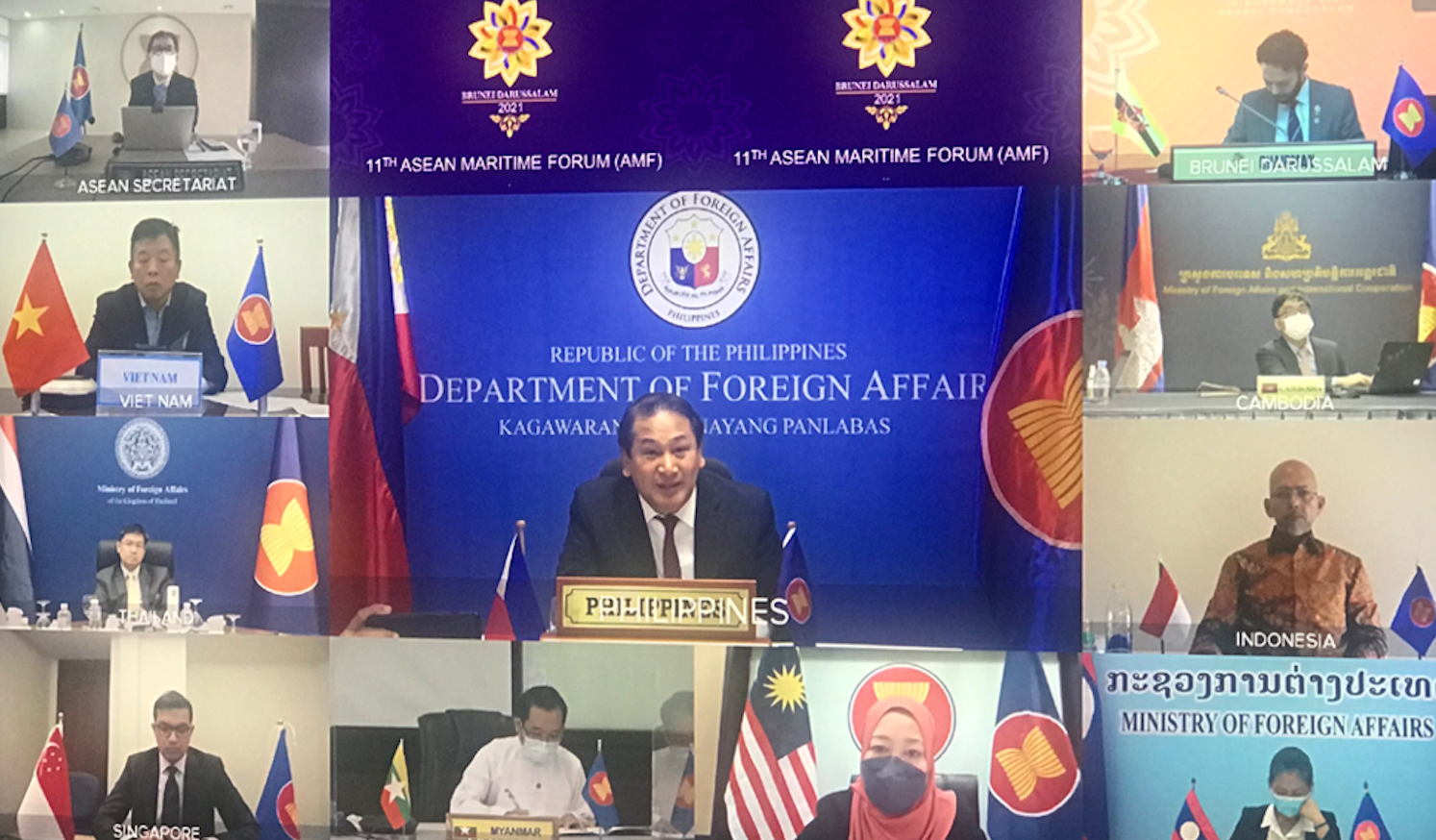