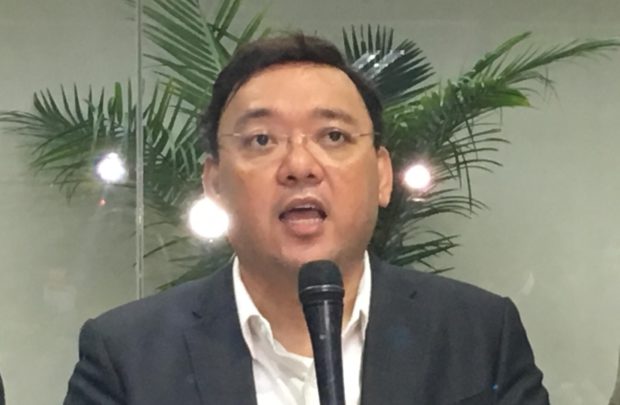 Members of Bayan USA and other groups gathered outside the Aretsky’s Patroon restaurant in Manhattan, where Roque was attending a private reception, and called out Roque for his role in the Duterte administration’s war against drugs, which is now under investigation by the International Criminal Court for crimes against humanity.

The protesters said Roque, “right-hand man of Duterte,” has no place joining the ILC.

“He’s failed to uphold international law. He has justified the killing of Filipino women,” one of the protesters said.

Another protester said Roque’s record in the last five years showed he was a “hypocrite.”

Roque did not answer the accusations against him and, in a statement, criticized the protesters who, he said, sought “to deliberately cause harm to innocent people in their attempt to disrupt a private reception we were tendering for representatives of several foreign missions in New York.”

Roque said the protesters hurt two elderly waiters and caused damage to property and some protesters supposedly did not pay for food and drinks they ordered from the restaurant.

Roque is on an official, hence taxpayer-funded, visit to New York for UN International Law Week. He did not mention the cost of the reception for “several foreign missions.”

Several groups in the Philippines, including Roque’s alma mater University of the Philippines, have also opposed his bid to join the ILC and called on the United Nations to reject President Duterte’s defender as he was “ill-suited” for the job.