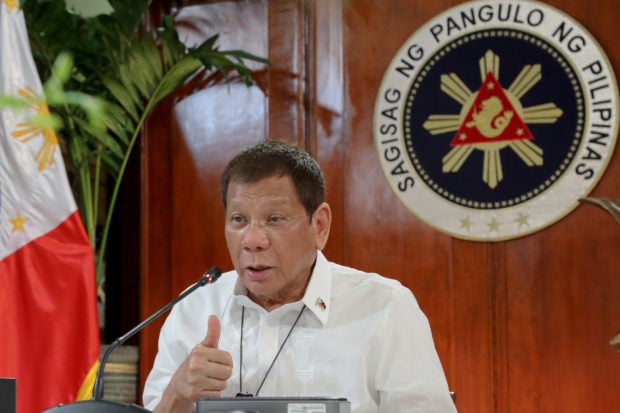 MANILA, Philippines — The new trilateral security pact between the United States, Britain and Australia should not “hinder nor complicate” cooperation in Southeast Asia, President Rodrigo Duterte has called on world leaders.

He was referring to the AUKUS pact, which the said three countries have signed, allowing Australia access to nuclear-powered submarines.

During Wednesday’s 16th East Asia Summit, Duterte said that while the pact is a “development that will certainly impact the region’s security architecture,” it must be a “force for good, advance the rule of law and support ASEAN centrality in security mechanisms.”

“We must ensure that any new arrangement facilitates and does not hinder nor complicate cooperation,” he said.

He added that cooperation “must prevail” and “volatilities” must not be allowed to “under our hard-won gains.”

“The brewing rivalry among big powers — all of whom are our key partners — creates volatilities that could under our hard-won gains. We cannot allow this to happen,” Duterte said.

“As I have said time and again, the South China Sea must remain a sea of peace, security, stability, and prosperity,” he added.