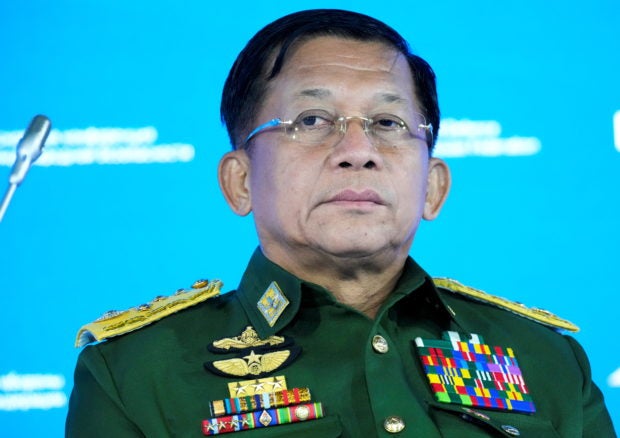 U.S. President Joe Biden will attend a joint session by video link, but it was likely no one would
represent Myanmar at the 10-member Association of Southeast
Asian Nations (Asean) summit.

Summit host Brunei has said the bloc will invite a
non-political representative from Myanmar but there has been no
confirmation of who it might be.

Myanmar’s foreign ministry late on Monday said it would only
agree to its head of state or ministerial representative,
indicating its seat would be empty at the summit.

Since overthrowing Suu Kyi’s government, detaining her and
most of her allies and ending a decade of tentative democracy,
Myanmar’s military has killed more than 1,000 people and
arrested thousands, monitoring group the Assistance Association
for Political Prisoners says.

The junta disputes that count as inflated and says soldiers
have been killed in fighting nationwide with armed opposition
groups.

Myanmar’s junta released a statement on Monday night saying
it had informed this year’s Asean chair Brunei that it could
only “accept the participation of Head of State or Head of
Government or his Ministerial level representative” at the
summit.

It added Myanmar “would be pursuing due process” under the
bloc’s charter to resolve the dispute about participation at
Asean summits.

On the agenda for Tuesday’s opening day were three separate
meetings between the Asean leaders and representatives of the
United States, China and South Korea.

Biden will lead the U.S. delegation for the Asean-United
States summit, the U.S. embassy in Brunei said.