In celebration of the Indigenous Peoples’ month this October, three-term Senator and Deputy Speaker Loren Legarda stressed the important role of Indigenous Cultural Communities/ Indigenous Peoples (ICC/IPs) in nation building and as partners in the conservation of our protected areas.

“As we celebrate this year’s Indigenous Peoples’ month, may we be reminded of the overwhelming contributions of our IPs to our history, culture and heritage which shaped our identity as Filipinos. This is an opportune time to honor the bearers of our culture and heritage,” Legarda stated. 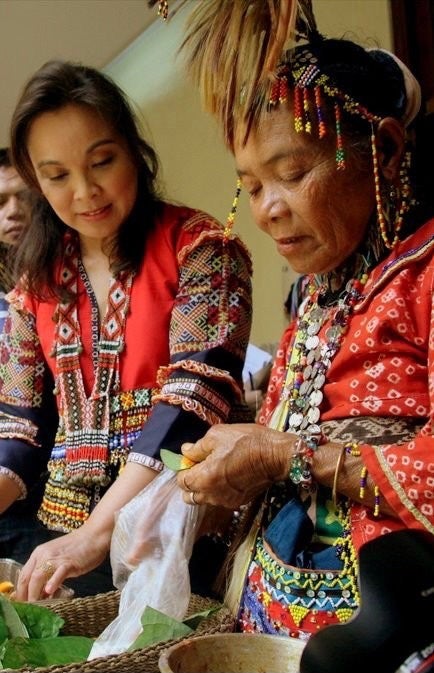 Three-term Senator Loren Legarda with Master Weaver Ines Pandian of the Bagobo Tagabawa Community of Davao del Sur during a Lecture Series on Philippine Traditional Textiles and Indigenous Knowledge at the National Museum in 2012.

As a legislator, Legarda sponsored Republic Act No. 10689,  declaring the 9th day of August as National IP Day to coincide with the international celebration.

In addition, Legarda also underscored the vital role of ICC/IPs as partners in the conservation and preservation of protected areas that fall within their ancestral domains as provided for in House Bill No. 639,  or the “Indigenous Peoples and Local Communities Conserved Areas Act of 2019” which she filed at the start of her term as Representative of the Lone District of Antique.

“Indigenous peoples communities have always played an important role in the conservation and preservation of the country’s protected areas. Known as indigenous communities conserved areas (ICCAs), these are areas within ancestral domains including lakes, coastal seas, forests, and watershed imbued with deep spiritual and cultural values for our indigenous peoples,” Legarda stated. 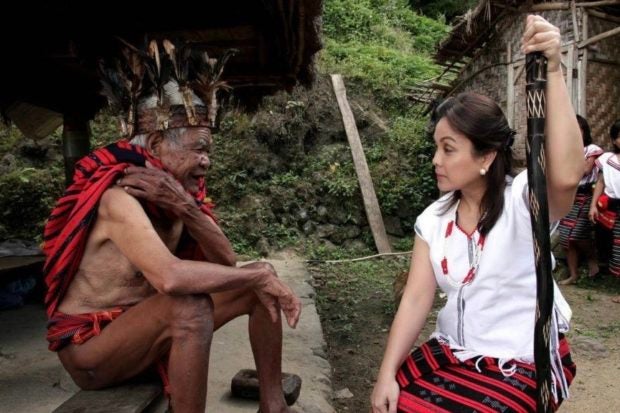 Three-term Senator Loren Legarda with an Ifugao elder during a visit to the Ifugao Rice terraces in 2012.

An example of an ICCA is the ancestral domain of the Tagbanuas in the island of Coron in northeastern Palawan where only traditional fishing methods are allowed within its ancestral waters given the sacred nature of the place among the Tagbanuas. Legarda said that it is high time that the national government give due importance to the role of IPs in the conservation of protected areas.

“This IP month is a constant reminder for all of us to ensure that we provide needed support for our IPs to strengthen their contribution in nation-building. We must start with protecting their ICCA and ancestral domains. As public servants,  we should also craft measures that will value the rights of our IPs as we continue to protect and preserve our culture and heritage,” said Legarda.

Legarda also spearheaded the creation of the National Museum’s Baybayin Gallery and Manlilikha ng Bayan Gallery. She has been engaged in efforts to revive the age-old tradition of weaving, creating the country’s first permanent textile gallery, Hibla ng Lahing Filipino at the National Museum; leading the Hibla Travelling Exhibition that has already reached Portugal, Madrid, New York, San Francisco, Tokyo, Singapore, and Geneva, among others. Legarda also filed House Bill No. 7811, or the “Traditional Property of Indigenous Peoples Act” in the House of Representatives to prevent possible misuse, misappropriation or  exploitation of our IP’s cultural heritage. 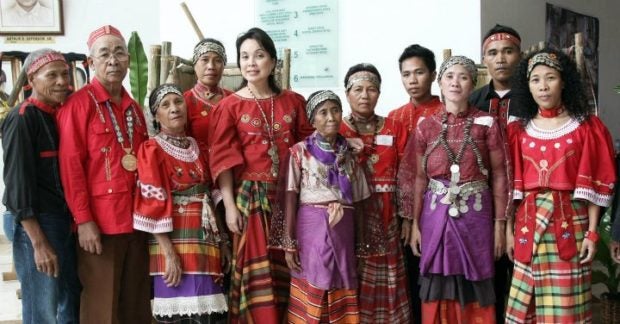 Three-term Senator Loren Legarda with the Panay Bukidnon tribe during the 2011 Visayas IP Summit in Iloilo.

In 2016, the National Commission for Culture and the Arts (NCCA) recognized Legarda’s invaluable contribution in protecting the rights of the indigenous peoples and in preserving and promoting traditional culture and arts. During the celebration then of Dayaw: Philippine International Indigenous Peoples Festival 2016, Legarda was given the “Gawad Katutubong Pagkalinga” award. On the same year, NCCA also conferred Legarda its highest honor, the Dangal ng Haraya Patron of Arts and Culture, in recognition of all her efforts to preserve and promote Philippine culture, and all assistance she has extended to the different indigenous communities.

All photos were taken before the pandemic.