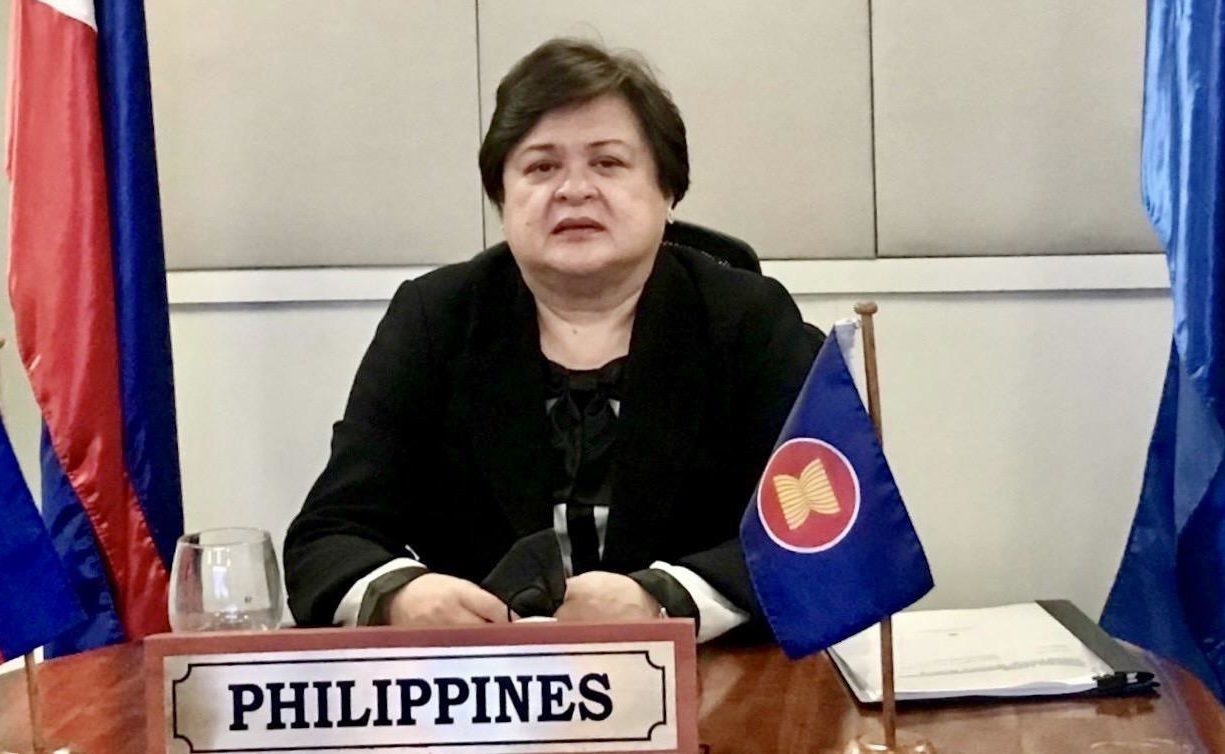 MANILA, Philippines — The Philippines is continuously assessing the newly formed Australia-United Kingdom-United States (AUKUS) alliance, which it believes will “restore and keep the balance” in the Indo-Pacific region, a senior foreign affairs official said in a recent meeting of the Association of Southeast Asian Nations (Asean).

In a statement on Wednesday, the Department of Foreign Affairs (DFA) said Acting Undersecretary for Bilateral Relations and Asean Affairs Ma. Theresa Lazaro echoed the earlier statement of Secretary Teodoro Locsin Jr. that the Philippines “sees value in the enhancement of a neighbor’s capability to project power.”

“We continuously assess this agreement and welcome efforts made by the countries concerned to explain it further,” Lazaro was quoted as saying during the Asean Foreign Ministers’ Meeting (AMM) held on Monday, October 4.

She said the Philippines believes it will restore and keep the balance in the region, rather than destabilize it, according to the DFA statement.

The new trilateral security partnership, intended to deepen diplomatic, security, and defense cooperation in the Indo-Pacific region, was seen as an effort to counter China’s growing power.

The first initiative under the AUKUS agreement is to support Australia in acquiring nuclear-powered submarines, the DFA noted.

Lazaro, meanwhile, said the Philippines continues to uphold the Southeast Asia Nuclear Weapon-Free Zone (SEANWFZ) Treaty as “an important instrument to maintain peace and stability in the region.”

“We welcome assurances made by one of our partners that its actions will support the SEANWFZ Treaty and that it will abide by its commitments under the Non-Proliferation Treaty,” she added.

Aside from the AUKUS pact, Lazaro also reiterated the Philippines’ call for the “swift and complete” implementation of the five-point consensus to address the situation in Myanmar, which came out of the Asean Leaders’ Meeting held last April.

She stressed that Brunei’s Second Minister of Foreign Affairs Erywan Pehin Yusof, Asean’s special envoy to Myanmar, “must be accorded unhindered access to all parties concerned, in the spirit of constructive dialogue,” according to the DFA.

Lazaro, representing Locsin, likewise spoke about Asean’s collective efforts to address the pandemic and its wide-ranging impact during the AMM as well as during the 30th ASEAN Coordinating Council (ACC) Meeting and the 24th ASEAN Political-Security Community (APSC) Council Meeting that was also held on October 4.