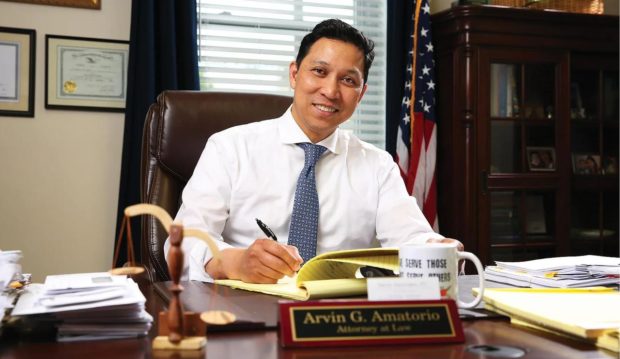 If he had his way, Filipino-American Arvin Amatorio, mayor of Bergenfield, Bergen County in New Jersey, USA, would want his counterpart halfway around the world, Sara Duterte-Carpio of Davao City, to run for the highest post in the Philippines in the 2022 national elections.

Amatorio said he spoke to several community leaders in the NY and NJ area and they understand the importance of the next election in the Philippines and that the inclination is to support the call for Mayor Sara to run for president.

The mayor of Bergernfield have never met Mayor Sara, but says he have been closely watching her and her performance as a local executive and community leader.

“I can relate to her, and understand her deep passion for public service, her personal sacrifices and her unapologetic approach to express her disagreement with the opinion of her father President Rodrigo Duteete,” said Amatorio

Amatorio is now spearheading a citizen movement from his county, where he is the second mayor of Filipino descent in 20 years.

According to a Census’s American Community Survey in 2017, there are about 5,347 Bergenfield residents of Filipino ancestry, representing about 2.8% of the entire population of about 27,513.

Sworn into office in January 2020, Amatorio is well-loved by the Filipino community in Bergen county, the biggest ethnic group in Bergenfield.

He believes that Mayor Sara Duterte would be a finer version of her father if ever she becomes president of the country.