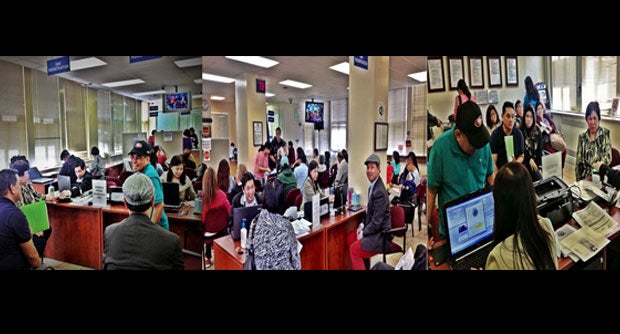 Overseas voting registrants await their turn at the Philippine Consulate in San Francisco to cast their ballots in the 2016 elections. (INQUIRER.net file photo)

MANILA, Philippines — The Commission on Elections (Comelec) will start its test run of internet voting for Filipino living overseas this weekend, its spokesperson, James Jimenez, said in an online launch on Wednesday.

The test run will be conducted with technology provider Voatz from Sept. 11 to 13.

According to Jimenez, some 670 voters signed up through Voatz’s mobile or web-based app to participate in the pilot simulation.

Comelec Commissioner Rowena Guanzon said the technology could be adopted by 2025.

“If these test runs are efficient, effective, and cost-efficient, I will recommend to the commission en banc that we request Congress — both the House and the Senate — to consider passing a law to use mobile app voting in the future,” Guanzon said in an online event.

“If we are looking at 2025, that is possible. That’s another three years from now. But I think the cost and the budget may be the main consideration,” Guanzon added.

She noted that this technology would be “impossible” to implement in the 2022 elections.

“That’s why we are testing it now so we have a three-year preparation time,” she said.

According to the Comelec Office for Overseas Voting, two other providers — namely Indra and Smartmatic — will conduct a similar test run this September.