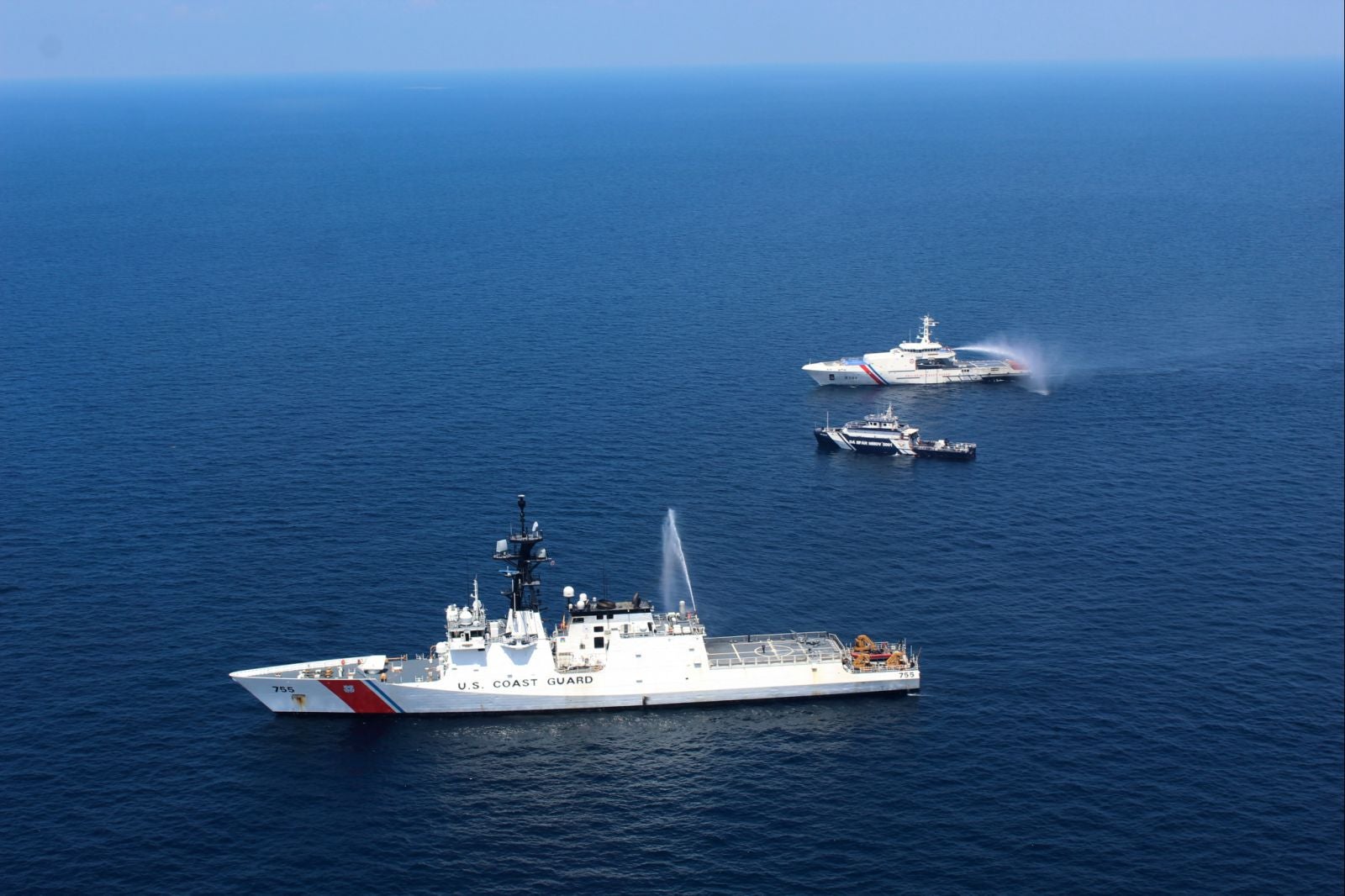 MANILA, Philippines—The Philippine and US coast guards held a joint exercise on Tuesday (Aug. 31) at Subic Bay in Zambales, in waters close to the West Philippine Sea.

It also sent a PCG-manned Bureau of Fisheries and Aquatic Resources (BFAR) vessel, BRP Lapu-Lapu (MMOV-5001), and an Airbus helicopter.

The USCG Cutter Munro (WMSL 755) with an unmanned aerial system (UAS) Scan Eagle participated on the American side.

Members of the PCG joined the USCG aboard USCG Cutter Munro as they launched the drone to aid in simulated operations, Balilo said.

“The initiative served as an opportunity for the PCG and USCG to discuss best practices and learn from each other,” he said.

USCG Munro made a stop in Subic Bay for a scheduled port visit. It arrived in the Western Pacific in mid-August and is under the control of the US Navy’s 7th Fleet in the coming months.

Subic Bay, a former US military base until 1992, is 260 kilometers from Scarborough Shoal, which has been controlled by China since a standoff with the Philippines in 2012.

The shoal was the site of a standoff in 2012 between Philippine and Chinese vessels. Since then, China has enforced control of the area.

This prompted the Philippine government to take China to the international tribunal to invalidate its excessive claims to the sea. While the ruling in 2016 was in favor of the Philippines, China and Philippine President Rodrigo Duterte described it as a worthless piece of paper.