In an episode of Modern Family, one of the main protagonists, Mitchell, was seen scheduling his day by the minute. Propped against the wall of his office was a big whiteboard, covered with different colored sticky notes that indicated the errands that he needed to do and the time he needed to accomplish them. He even had a sticky note that reminded him about a scheduled call that should start at 4:17 p.m. and end at 4:23 p.m. so that he could prepare for a business meeting at 4:41 p.m. Sounds a bit silly, right? Who schedules their day by the minute? If they did, most people would probably just set their time in increments of five, 10, 15 minutes. But never in odd numbers.

The charm of Modern Family is that it was a comedy series without the famous laugh track that you’d hear from other comedy shows like Friends and the Big Bang Theory. The format of Modern Family made the lives of its characters look and sound more realistic. Because of this, Mitchell’s hyper organization seemed real, no matter how laughable it was to think that someone in real life could be someone like him. But the reality is, hyper organized people like Mitchell do exist and they’re like that for a reason. And it isn’t exactly a bad thing because it means they deeply care about what they do and how those things affect the people around them. 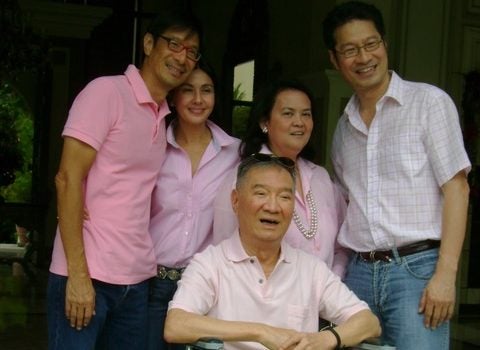 That was the life that Angelo King, or AK, lived. Many of his colleagues called him a man of precision, a man of numbers. As a true businessman, he was very analytical and cautious because he knew his every move created big ripples in his business and personal life. Even Elsa Nayan, Angelo’s first ever secretary, regarded him as a perfectionist. Whenever she handed him documents―from correspondences to financial statements―she watched him read and check every detail, down to the punctuation, spacing, and spelling.

He was organized and meticulous, and it showed how sharp his mind was when he was at his prime. And he wasn’t just like that at work. He was just as particular with his things at home. You could walk into his closet and see his clothes organized according to color, pattern, design, and more. His books at home each included an index card indicating when they were taken out of his home library and when they were returned. Whenever he traveled abroad with his grandchildren for vacation, he always prepared a detailed itinerary of where they would go and what they would do. He also did the budgeting himself by allocating shopping money for each of his grandchildren. 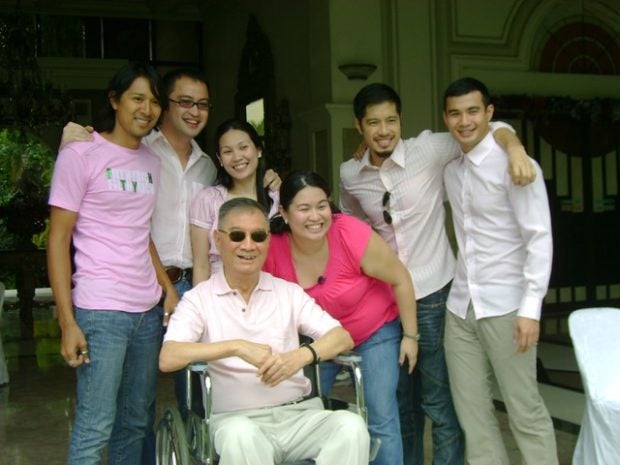 Angelo King with his grandchildren

It was his hyper organization that helped him succeed in business, and because of that, he wanted to pass on the same trait to his children and grandchildren. He was more stern and hard on his family because he wanted them to be just as analytical and precise as he was since they were following his lead. He wanted his descendants to always have a game plan for everything.

This was proven true by Atticus King, one of Angelo’s grandchildren. Atticus would go to business meetings with his grandfather where they would often talk about businesses that even Angelo is unfamiliar with. But despite that, Angelo made mental notes and calculations and gave Atticus actionable advice. Angelo was smart and empathetic; he taught Atticus everything he needed to know about business without making him feel dumb.

Angelo definitely thought like a true businessman, but ironically, he didn’t look like one, unlike Mitchell who always wore a pressed suit and tie to work. Angelo’s family and staff members often saw him go to work wearing just a plain shirt with matching slippers and a baseball cap. Talk about keeping it caszh! Whenever he felt like indulging in some formal and expensive clothes―he had the money for it anyway―his go-to store was Lane Crawford Hong Kong. But even then, his frugality made him put the clothes back on the rack and rethink if the purchase would be worth it.

It’s also silly to think of a millionaire to be this thrifty. He was often nagged for it, actually. But perhaps this attribute of his was a result of his background. Angelo came from a modest family. Before the second World War, his father King Hian Poh or Mariano King Su, worked as a cook and owned a glass retail shop in Chinatown. Inspired by Mariano’s resiliency as the breadwinner, Angelo went on to work himself as a newspaper seller at only 11 years old. He continued selling newspapers, second-hand books, comics, and magazines throughout the war, sometimes even going the extra mile by repairing the transistor radios of American soldiers and worked as a part-time electrician in their camp in exchange for some goods like corned beef.

Angelo was bright and innovative as a child and he continued to be so when he grew up. At the age of 23, he used his savings to buy the glass business of his cousin in China and ran it with his brother, Awat, continuing their family’s legacy in the glass enterprise and starting their arduous journey in business. Among his many ventures, Angelo became known for his business in the motel industry. After calculating the promising profits the motels in his area generated, he bought his own motel in the 1970s and named it Anito Lodge after a Tagalog god or deity. Angelo rehabilitated the motel, reopened it to the public, and the rest is history. Angelo gained the moniker “The Motel King” and his sons, Archie and Wyden, followed his trail by venturing into the motel business as well. Archie branded his first motel “Victoria Court”, which is now one of the most popular motel chains in the Philippines.

But Angelo was a man who existed beyond business. As someone who came from humble beginnings, he knew how difficult it was to rise from poverty. Thus, while still leading a successful business empire, Angelo personally contributed to many charities and eventually established the Angelo King Foundation Incorporated in 1978.

Based on Angelo’s favorite Chinese proverb―give a man a fish and you feed him for a day; teach him how to fish and you feed him for a lifetime―the foundation revolved most of its efforts on education. For instance, Angelo sponsored welfare and educational trust funds and scholarships for his alma mater, Chiang Kai Shek, and the University of the Philippines. He also gladly funded the construction of the De La Salle Medical and Health Sciences Institute in Dasmariñas, Cavite, as a way of expressing his gratitude to La Sallian brother Alphonse Bloeman, who gave him referrals back when he was still a struggling businessman.

Aside from education, AKFI also focused on health, livelihood, and the overall well-being of Filipinos―it funded and facilitated the construction and rehabilitation of clinics and hospitals, multipurpose centers for community development and poverty alleviation, training centers for farmers, and homes for abandoned children and the elderly, abused women, waywards, and harassed youth in Bulacan, Laguna, Pangasinan, Pampanga, and Cavite. Some of these construction projects were done in partnership with the Philippine Business for Social Progress, Habitat for Humanity Philippines, and Gawad Kalinga, among other organizations.

One of Angelo’s many remarkable attributes was that he approached potential partners for his own charities and AKFI’s programs. In 1987, he traveled two hours to Malolos, Bulacan, to partner with Fr. Boyet Concepcion, who ran a small home for the elderly. As a true philanthropist who asked nothing in return, Angelo requested Fr. Boyet to make his donations a secret from the public. Fr. Boyet eventually became AKFI’s biggest partner in socio-civic and spiritual charity works.

In 2015, AKFI accomplished nearly 500 projects and supported over a million beneficiaries. It was through these projects that Angelo expressed his patriotism for the Philippines as well. He once told Teddy Kingsu, now president of AKFI, that he was serious about giving back solely in the Philippines because it’s where he built his life and career.

While he’s had his fair share of the spotlight for his impact in business, Angelo also received recognition for his many philanthropic efforts. In 2014, Forbes included Angelo in its Heroes of Philanthropy list, under the Philippines category. Meanwhile, Esquire Philippines included Angelo in its annual list of Most Generous Givers in the Philippines in 2018. Angelo’s efforts were also recognized by the people he personally helped. He once gave his trainer in the Manila Polo Club a scholarship because he wasn’t able to finish college. A few years down the line and a degree in tow to help him gain more job opportunities, Angelo’s trainer ended up working as an aide to a city mayor. To this day, that man keeps that memory of Angelo embedded in his mind, inspiring him to do good and give back to others with his own capabilities.

Throughout his life, Angelo lived like a true “king”, one who understood the plight of the people around him and quickly mobilized help where it’s needed―all without asking for anything in return. He knew what needed to be done, and funny enough, he could do things even with his eyes closed.

That’s what was unique about Angelo. He was a jack of all trades. He made sure that everything was right down to the last detail. Like Mitchell from Modern Family, he made sure everything was set so that the people around him wouldn’t have a hard time.

Angelo was a man who genuinely just wanted to change the world. And evidently, he was able to do so in his little, but organized, ways. His legacy will forever be embedded in the millions of lives he’s touched.