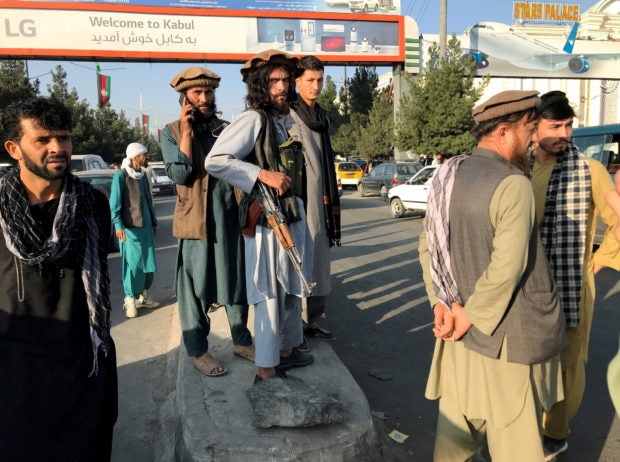 MANILA, Philippines — Seven more Filipinos were confirmed to have gotten out of Afghanistan, with 10 others opting to stay in the country, the Department of Foreign Affairs (DFA) reported on Monday.

In a situation bulletin, the DFA said five of the seven Filipinos, who are now in Kazakhstan, departed Afghanistan on Sunday while the other two “left last week but have only recently confirmed their whereabouts.”

The evacuation of the seven Filipinos brings to 182 the total number of Filipinos who were able to leave Afghanistan.

The DFA, meanwhile, said that five Filipinos who were earlier evacuated from Afghanistan to Indonesia have already arrived in Manila and are undergoing quarantine.

As of Monday, 27 Filipinos are still in Afghanistan, according to the DFA. The department said it is in contact with them.

“Of this number, 10 have signified their intent to remain in Afghanistan, while the remainder has requested to be evacuated. Some who left Afghanistan are not returning to [the Philippines] for various reasons,” the DFA said.

Asked what the reasons given by the 10 Filipinos who opted to remain in Afghanistan were, DFA Assistant Secretary Ed Meñez told reporters: “I believe mostly work-related.”

The DFA, meanwhile, assured that various Philippine embassies and Consulates-General had assisted all Filipinos who are able to leave Afghanistan.

“The DFA has been working with various governments so that repatriates in transit need not fully quarantine in the transit country, as they will be undergoing quarantine upon arrival in the Philippines,” it added.