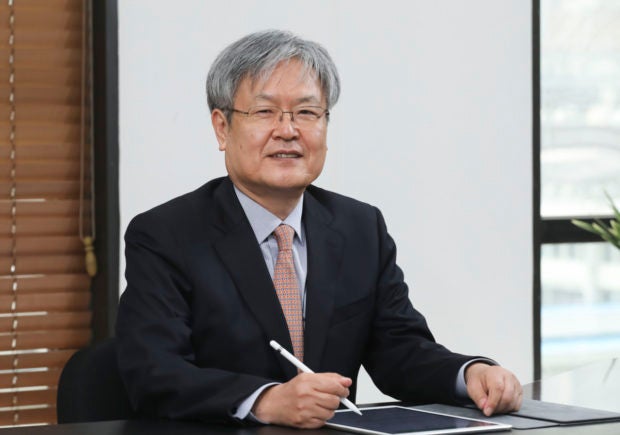 SEOUL — This coming Sunday, the Association of Southeast Asian Nations celebrates the 54th Asean Day. For over half a century, Asean member states have promoted multilateral dialogue and cooperation. Embracing globalization, many countries in the region enjoyed explosive economic growth and have collectively emerged as the fifth-largest economy in the world.

Unfortunately, since the global financial crisis of 2008, globalization has slowly lost traction. The onset of COVID-19 has further amplified this trend by providing new rationales for protectionism. Moreover, the recent new waves of COVID-19 and the slow rollout of vaccines are delaying the much anticipated economic recovery in Southeast Asia.

Against this backdrop, Asean -Korea relations have become all the more important in upholding free and open trade and creating interconnectedness at multiple levels, which is crucial to the sustained development and prosperity of this region. Thankfully, despite the many uncertainties and challenges, prospects for stronger cooperation and deeper ties between Asean and Korea are bright.

First, a strong commitment to cooperation continues to serve as a key driver in strengthening the Asean -Korea partnership. Over the past three decades, Asean and Korea have become indispensable economic partners to each other. Today, Asean is Korea’s second-largest trading partner and investment destination. As a matter of fact, strong trade relations led to a mere 5 percent drop in trade volume even at the height of the pandemic, recording $144 billion in 2020.

Second, Asean and Korea are like-minded in their outward-looking policies which provides a solid foundation for sustained cooperation. Korea and many Southeast Asian countries experienced rapid economic growth based on export-oriented policies supported by economic reform. Open-minded and willing to learn from others, the two regions are well poised to work together in not only building back better but also in advancing innovation and future technologies towards the “fourth industrial revolution.”

Third, Asean and Korea share a common philosophy that values its “people.” Both the Asean Community and the New Southern Policy prioritize the peoples of the region in their community-building efforts. This emphasis on the people has allowed greater interaction and communication among the grassroots of the two regions — from academia, businessmen and journalists to students, artists and the general public — which will enable a deeper mutual understanding and a more inclusive and multifaceted dialogue.

Despite the many positive aspects of Asean -Korea relations, however, challenges remain.

The foremost challenge is the existing asymmetries between Asean and Korea. Over the years, many AMS have expressed their concerns about the increasing trade imbalance with Korea. Increased efforts should be made to promote a more balanced expansion of trade.

Asymmetry is also observed in social and cultural exchanges. The long-held popularity of Korean pop-culture in Asean has contributed greatly to promoting a positive image of Korea among young Southeast Asians. In a way, the Korean Wave triggered many Asean youths to explore their future in Korea, and currently there are over 64,000 Southeast Asian students studying in Korean universities. However, the number of Korean students coming to Southeast Asia only for the purpose of study remains quite small. While Asean is the most preferred tourist destination for Koreans, more efforts need to be made to set off an “Asean Wave” — that is to promote greater interest and broader understanding of Asean and Southeast Asian culture in Korea.

Finally, Korea needs to substantially strengthen its strategic partnership with Asean in dealing with regional and global affairs. While Asean and Korea today enjoy a very close relationship, recent survey results published by the ISEAS-Yusof Ishak Institute of Singapore show that Korea falls short of being an influential partner to Asean . Increased cooperation on matters of global concern such as the pandemic and climate change, and greater convergence on the strategic front will provide the Asean -Korea partnership with stronger foundation and relevance in regional affairs.

Back in 2009, the Asean -Korea Center was established to reinforce economic and sociocultural cooperation among the 10 AMS and Korea. Over the years, the center has made efforts to address and improve the asymmetries in Asean -Korea relations. And, as Asean and Korea shake off the effects of the pandemic and advance together toward a more prosperous future, the Asean -Korea Center will make added effort to strengthen a more balanced and mutually beneficial partnership based on shared perceptions and understanding.

The author, Kim Hae-yong, is the secretary-general of Asean-Korea Center.