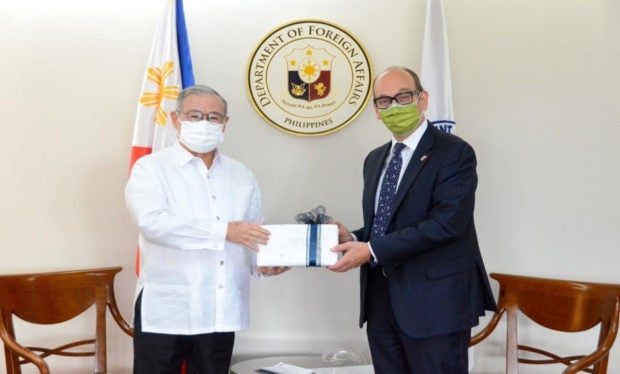 Pruce’s tour of duty in the Philippines ends next month, said the Department of Foreign Affairs (DFA).

In a statement Friday, the DFA said Locsin expressed gratitude to Pruce for his work in strengthening the relations between the Philippines and the United Kingdom.

During Pruce’s farewell call to Locsin, the envoy informed the country’s top diplomat that the United Kingdom’s donation of 415,000 doses of the AstraZeneca COVID-19 vaccine is tentatively scheduled to arrive in the Philippines on August 2.