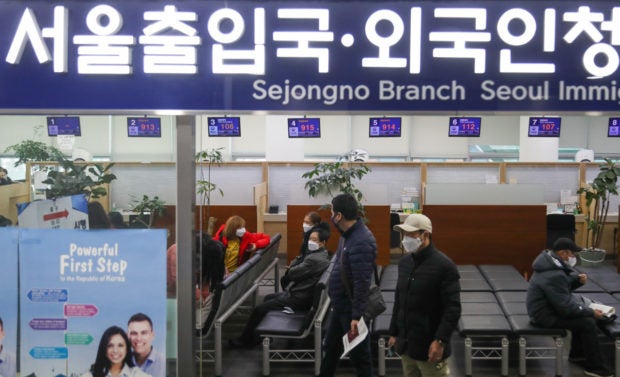 Photo by Yonhap via The Korea Herald/Asia News Network

SEOUL — South Korea plans to change parts of its visa policy to allow more skilled foreigners into the country, in a bid to tackle its declining population and aging society.

The plans were unveiled Wednesday at a regular briefing held by the Ministry of Justice.

According to the ministry, the government plans to lower qualifications to obtain long-term residency, or a F-2 visa, for talented foreigners in “promising industries” that require support on a “national level.” Exactly which industries are to be included in the category has not been decided yet.

The Justice Ministry is also considering to create a new residency visa for remote working foreigners in IT and other cutting-edge technologies.

There were also plans to allow E-9 visa holders, or foreign workers in manual labor, to stay in the country.

In South Korea, foreigners in fields like fishing, farming, manufacturing and other labor-intensive jobs reside under an E-9 visa. If the person meets government criteria, an E-9 visa can be changed to an E-74, or a nonprofessional visa, which guarantees long-term stay.

Only 1,250 E-9 visa holders benefit from this system every year, but the government proposed increasing the number of beneficiaries to 2,000 by 2025.

“We will put efforts to push forward with suggested changes, so that we can promote social harmony between foreigners and South Koreans and fuel the nation’s future growth engine,” said the ministry.