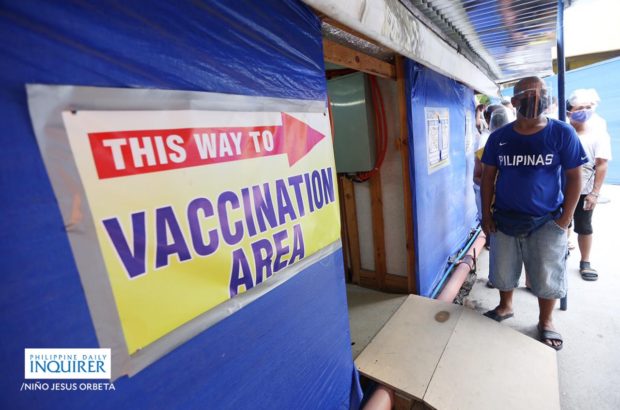 MANILA, Philippines — A think tank said on Monday that most Asian countries could achieve herd immunity — including from the more contagious Delta variant of COVID-19 — by next year, except for the Philippines and Vietnam where mass vaccination lagged behind their neighbors’ vaccine rollout.

In a report on “vaccination rates [in] emerging Asia” posted on its website on Monday, the United Kingdom-based Pantheon Macroeconomics said herd immunity could be achieved if 85 percent of populations were vaccinated, taking into consideration the emergence of the Delta variant first detected in India in February.

At the current pace of vaccinations in emerging Asian economies including India, Indonesia, Thailand and Vietnam, the organization said the Philippines would be among the last to reach herd immunity.

“The relatively slow pace of vaccination in the Philippines implies that early 2023 probably is the best the archipelago can hope for,” said the report by Miguel Chanco, senior Asia economist of Pantheon Macroeconomics.

The Department of Health’s vaccine rollout update on Monday showed 8,407,342 doses had been administered as of June 20.

The number of first doses administered reached 6,253,400, and the number of vaccinees who have completed their second dose was 2,153,942 as of Sunday night.

Mass vaccination has been going on for four months now and has covered more priority groups apart from medical front-liners, the elderly and those with comorbidities.

The government targets to vaccinate 70 million Filipinos by year-end.

Elsewhere in the region, Pantheon Macroeconomics said Vietnam “likely will be a victim of its own

success, as its much-lauded ‘zero COVID-19’ stance means that protection from previous infection is close to zero, which doesn’t mix well with its regionally sluggish jab rollout.”

Pantheon Macroeconomics’ estimates showed immunity against the Delta variant could be achieved in India as early as the third quarter of this year.

The think tank said Thailand will reach herd immunity by the second quarter of 2022, and Indonesia in the third quarter of that year.

“The daily rate of vaccination has picked up noticeably in the region since the middle of last month, suggesting that the supply issues these developing countries are facing finally are being smoothed out,” the report said.

“Large parts of emerging Asia can now realistically hope to achieve some semblance of herd immunity before the middle of next year—even if the threshold is higher to contain the Delta variant—assuming they are at least able to sustain the current rate of vaccination,” the report said.