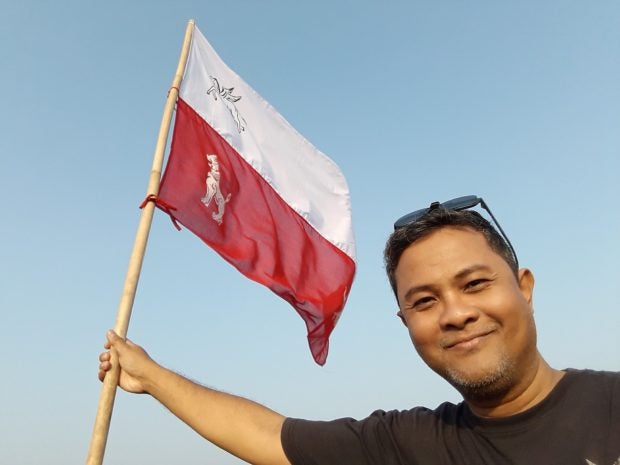 “I prefer a dignified departure.”

That was the last word Enteng wrote on Messenger on June 7.  He passed on to the other side on June 17. But coincidentally, it was announced on June 19, which coincides on the 76th birthday of Aung Sann Suu Kyi, the world’s democracy icon who fell from grace when she denied the genocide committed against the Rohingyans in Myanmar in 2017. Daw Suu Kyi was the topic of our countless conversations starting in 2012 after his two-year stint in Afghanistan as Education Program Manager for the Norwegian Refugee Council (NRC). He was transferred to Myanmar in 2012, holding the same position and later Education in Emergency Project Manager from 2016 until he came home for good in late 2019.

Personally, I learned more about the structural violence, the politics, and the struggles of many races in Burma because of Enteng. It’s always Burma for Enteng. Not Myanmar.

“They are not poor. There’s always war that’s why they can’t establish anything,” Enteng told me when I said that Burmese peoples are poor. He also told me that they must be called “peoples” because they are from different races, not just ethnic groups as we are wont to believe.

Vincent Redentor Trinidad or Vincent or Enteng as he was known in the development and humanitarian works was caught in the crossfire during the atrocities of Tatmadaw to thousands of Rohingyans fleeing the border to Bangladesh in 2017. Despite the bombing and the roaring planes overhead, he managed to send a message, “nagpi fishing pa ako dito. Four days kaming hindi makalabas.” Fishing had been his way of escaping the boredom and missing his wife Lovelle, and daughter Iyah. During his last months, he traveled to Batangas and San Jose, Occidental Mindoro to fish.

Mark Anthony Dasco, of ChildFund, fondly remembers Enteng during their days in PLAN International in 1997. Dasco was the PLAN Project Unit Manager at that time in San Jose, Occidental Mindoro

“Enteng was a staff assisting the full-time Project Officers (PO). His work consisted of being a runner, and for documentation during projects. But I already saw his potential to work with children.” 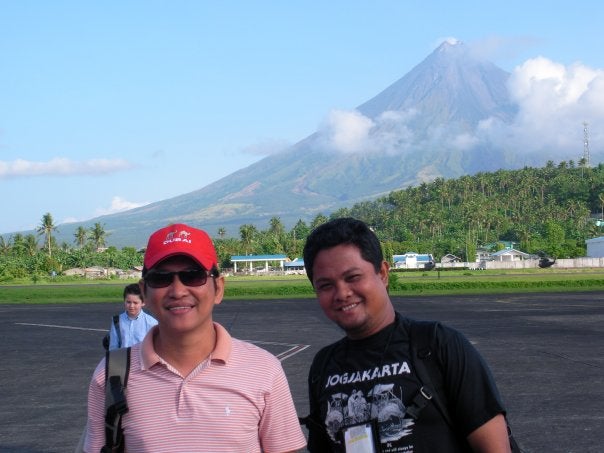 Dasco says that Enteng was hesitant at first. The first big break and the introduction to the development work came during the Expanding Children’s Participation in Social Reform (ECPSR), a 5-year project assisted by USAID and multi-sectoral groups. It included a radio program for children, Bidang Bulilit, that Enteng conceptualized.

As Enteng entered the development work, he became well-known, and a respected organizer in the NGO community in the Philippines.

Dasco says that Enteng’s exposure within the communities opened his eyes to the structural problems, concerns on education and lack of access of many children to basic social services, particularly in education.

However, Enteng knew it first hand. He was not from a well-off family in San Jose, Occidental Mindoro. In 1990, he dropped out at UPLB due to red-tagging by the military in Southern Tagalog region.

Later, Enteng joined VSO (Volunteer Service Overseas) and became a project advisor of a UNESCO-VSO in Mongolia. After two years, he worked with Save the Children in Afghanistan, then Child Care International in Timor Leste, and Childfund in the Mindanao areas. He joined NRC, holding various positions from 2010 until December 2019.

Enteng’s development and humanitarian efforts had been commended and well-received by the international organizations and the governments where he worked.

Teaching them to fish

“Vincent came to Myanmar when the country was opening up to foreign aids in 2010,” Rafael Abis, of IOM-UN recalls.

Abis says that he thought Enteng was shy, but later on he found out that he was a joker, though had a dry sense of humor, that many could not easily pick.

Enteng did a ground-breaking initiative in Kayin State. He designed vocational education programs because there were no regular schools. Later, the project expanded to other states in Myanmar. His responsibilities included negotiating with the State Government for the approval of the field implementation of the projects in several states and the preparation of proposals, budgets and reports to donors.

One time Enteng sent a message, “I’m on the bus going to NayPyiTaw (the capital) for a meeting. That’s the wolves lair.”

In one of our many conversations, Enteng told me why education was important. Abis also affirmed this.

“There are more private schools in Burma because of the market. From the service point of view, the government doesn’t want to educate the peoples to control them easily. The private sectors, the rich, need to respond to that need,” he wrote.

Abis says that in many areas in Myanmar, there are school buildings but are not in use because they are always running for their lives.

When Iyah, his daughter, was born, Enteng’s advocacy for humanitarian causes intensified. It was also the time that our conversations shifted from politics and advocacy to family matters.

“I’m back to work again. It hurts because I won’t see my daughter for a long time,” he wrote.

During the many conflicts in the countries where he was working, he would send me a message:

“It is difficult to sleep at night. I have refugee staff with three children, and they live under a plastic sheet–a garbage bag!”

But to many of his former colleagues, he was not known to complain.

“I never heard Enteng complained. It’s more on focusing and discussing how to address the challenges at work,” Dasco says.

Abis also confirms that “Vincent is not a complainer, even in organizational dynamics. He worked silently and led his tea. He knew the inadequacies of the system, and we need to do something to improve the education system.”

But Enteng’s work took a toll on his health. In May 2021, he was diagnosed with liver cirrhosis. He never told any of his friends, even the closest among his circle. He did not want to bother anyone with his condition.

Abis and Dasco share that Enteng was a community person. He would eat with the locals anywhere–on the roadside markets, restaurants, or anywhere, as much as he partook meals with the elite and rich donors and government dignitaries.

“Vincent earned the trust of the people because of his down-to-earth character,” Abis says.

“Humanitarian work is a balancing act. We can advocate for them, but there is always a big chance that we would be kicked out of the country. Or keep our mouth shut, so we can stay and directly help the conflict-affected or displaced people. It’s a dilemma, but I need to do what I must do.”