‘Vaccine passport’ to be issued for foreign travel – DICT 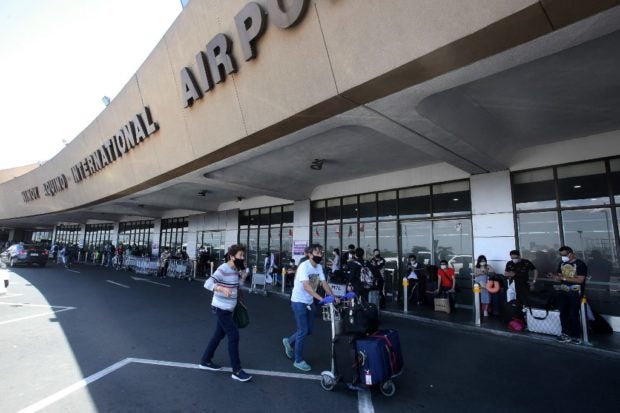 MANILA, Philippines — The Department of Information and Communications Technology (DICT) on Wednesday said the Philippine government would be issuing COVID-19 “vaccine passports” for Filipinos who would be traveling abroad.

“We are going to create vaccine passports for international sea and air travel,” DICT Undersecretary Emmanuel Rey Caintic said during a virtual town hall meeting organized by the Department of Health (DOH).

Caintic refused, however, to give details of the new travel document as these were still being discussed by the Inter-Agency Task Force for the Management of Emerging Infectious Diseases.

He also did not say whether the vaccine passports would be recognized by other countries, or whether the Philippines would also require the same from travelers entering the country.

In January, the DOH said that vaccine passports would likely be issued not just by the Philippines but also by other nations since these could be part of a new standard of border control measures.

“This would be something of a unique identifier for a specific person who will receive the vaccine. This will serve as their certificate that they have been vaccinated,” Health Undersecretary Maria Rosario Vergeire then said.

While there is still no global standard vaccine passport specific to COVID-19 inoculations, the World Health Organization (WHO) currently issues a “medical passport” known as the International Certificate of Vaccination or Prophylaxis (ICVP), or Yellow Card, for travelers as proof that they had been vaccinated against yellow fever.

Just like the Yellow Card, the vaccine passport could also indicate the brand of vaccine and dates when the person got the shots.

Caintic said local government officials must ensure that the vaccination details of their constituents were regularly and consistently transmitted to the DICT since these would be the basis for the travel document.

He added that the government was also “contemplating” on whether to also require the same kind of passport for domestic travel.

The DICT is in charge of the country’s vaccine information management system (VIMS), which includes end to end executive information, data acquisition and enabling systems as well as help and support at all stages.

The VIMS includes vaccination targets per city and the master list of vaccinated individuals, plus the quick count of vaccines, doses per brand and other ancillary supplies, Caintic said.

The European Union (EU), China and Japan are working on the rollout of a vaccine pass that will allow those fully inoculated against COVID-19 to travel.

The EU in particular said it would allow travel into its member states those who had completed their vaccinations with shots that had been granted an emergency use listing (EUL) by WHO.

Several other countries such as the United States and Denmark have said they were also considering such documents for vaccinated individuals.

As of May 31, the Philippines had administered over 5.2 million doses of COVID-19 shots, with over four million receiving their first dose. However, only about 1.2 million individuals are already fully vaccinated.

The DOH said three laboratories failed to submit their data on time.