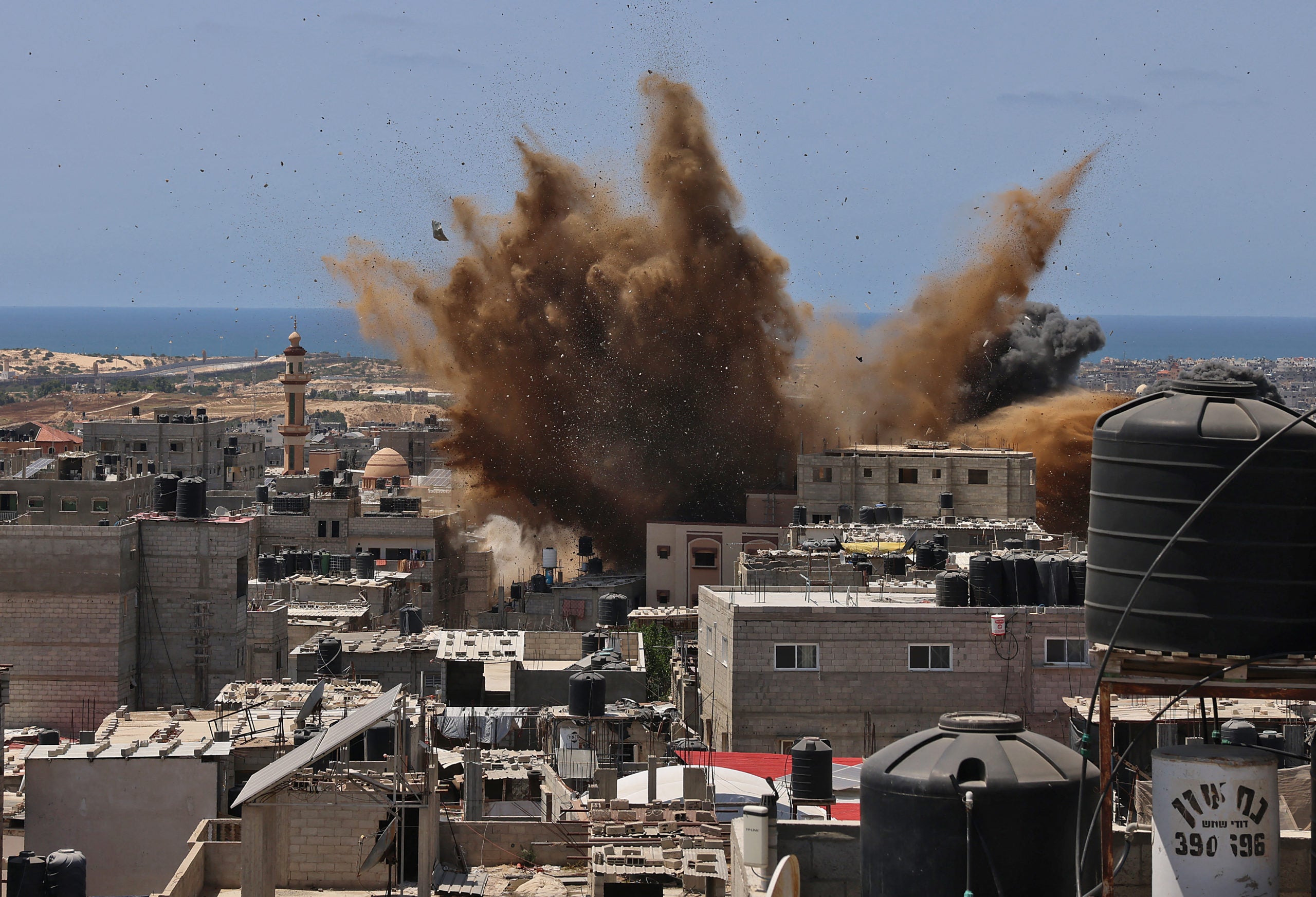 A targeted building is hit during an Israeli airstrike in Rafah in the southern Gaza Strip on May 20, 2021. – Israel and the Palestinians are mired in their worst conflict in years as Israel pounds the Gaza Strip with airstrikes and artillery, while Hamas militants fire rockets into the Jewish state. (Photo by SAID KHATIB / AFP)

In a statement released Sunday (May 30), the ministry said Philippine Ambassador to Israel Macairog Alberto was summoned for a “clarification discussion” regarding the country’s vote before the United Nations Human Rights Council (UNHRC).

The ministry’s deputy director-general for the Asia-Pacific, Gilad Cohen, according to the statement, told the ambassador that the Philippines’ vote was “unacceptable to Israel, and constitutes a reward for terrorism.”

Ambassador of the Philippines to Israel summoned for a clarification discussion at @IsraelMFA following the Philippines’ vote at the HRC in favour of the establishment of an investigative committee over events surrounding Operation Guardian of the Walls.
🔗https://t.co/rRF7rvIaZ6 pic.twitter.com/18tECl39ZP

“It is unacceptable that a country like the Philippines, which itself endures radical and murderous Islamist terrorism in the south of the country, would support a draft resolution that ignores the Hamas terrorist organization’s war crimes,” Cohen said.

“Israel expects friends such as the Philippines not to support proposals that strengthen terrorism, and to stand by us during this time,” the official added.

The ministry slammed the UNHRC and said that the body “is a biased and anti-Israel institution, and the decision that was made is grossly one-sided, does not mention the Hamas terrorist organization at all, and ignores the 4,300 rockets that were fired at Israeli civilians.”

Last week, the UNHRC adopted a resolution establishing an investigation into alleged abuses in Palestinian territories and inside Israel amid the latest violence in the region.

The Philippines was among the 24 UNHRC members that voted in favor of the resolution, which prompts greater scrutiny on abuses and their “root causes” in the decades-long Middle East conflict.

Alberto, for his part, said the Philippines will maintain good diplomatic relations with Israel despite its vote backing the UNHRC resolution.

(We are doing everything we can so that the impact of the voting that happened will not affect Filipinos here in Israel as well as our relations with Israel.)