MANILA, Philippines—An international transport organization is hoping to fill a void of member-countries in Southeast Asia that would hitch a ride on a movement to reduce or eliminate the use of highly polluting carbon fuels for transportation worldwide.

At an online media briefing on Tuesday (May 25), the International Transport Forum (ITF) said it was trying to get member countries from Southeast Asia to join global efforts not only to reduce dependence on fossil fuels but also put in place more efficient transportation systems.

At the briefing, ITF secretary general Young Tae Kim said the ITF was currently in talks with several countries, including those from Southeast Asia, for cooperation on transport issues that needed to be addressed worldwide.

“We are trying to make ITF globalized by having more countries as members from continents such as Asia and Latin America,” said Kim.

He said the ITF is currently composed of 63 member-countries, including seven from Asia, but none in Southeast Asia.

“It’s not many so we try our best to get more countries with us because the questions on transportation are questions of not only one or two countries,” Kim said. “It’s a global issue and we have to solve it by working together,” he said.

“Even though we do not have any countries in Southeast Asia, we very much focus on that region,” he said.

The ITF is currently holding an online summit that started last May 17 and would end on May 28.

Among these projects was ITF’s initiative to decarbonize transport systems in emerging economies in Asia. Through a program called NDC Transport Initiative for Asia, a joint effort by seven organizations that included ITF, a holistic approach is being drawn up to end carbon dependence in transport systems in India, China, and Vietnam.

Ng, at the same briefing, said ITF was “developing quantitative tools” to implement policies that would reduce fossil fuel use and “identify policy priorities.”

Ng said ITF is currently working with the Association of Southeast Asian Nations (Asean) in implementing the Asean Fuel Economy Roadmap, which was drawn in 2018.

She said ITF is “working very closely” with Asean and its 10 member-states “to help the countries implement the roadmap and identify the challenges and solutions.”

The Philippines is a member of Asean along with Brunei Darussalam, Cambodia, Indonesia, Laos, Malaysia, Myanmar, Singapore, Thailand, and Vietnam. 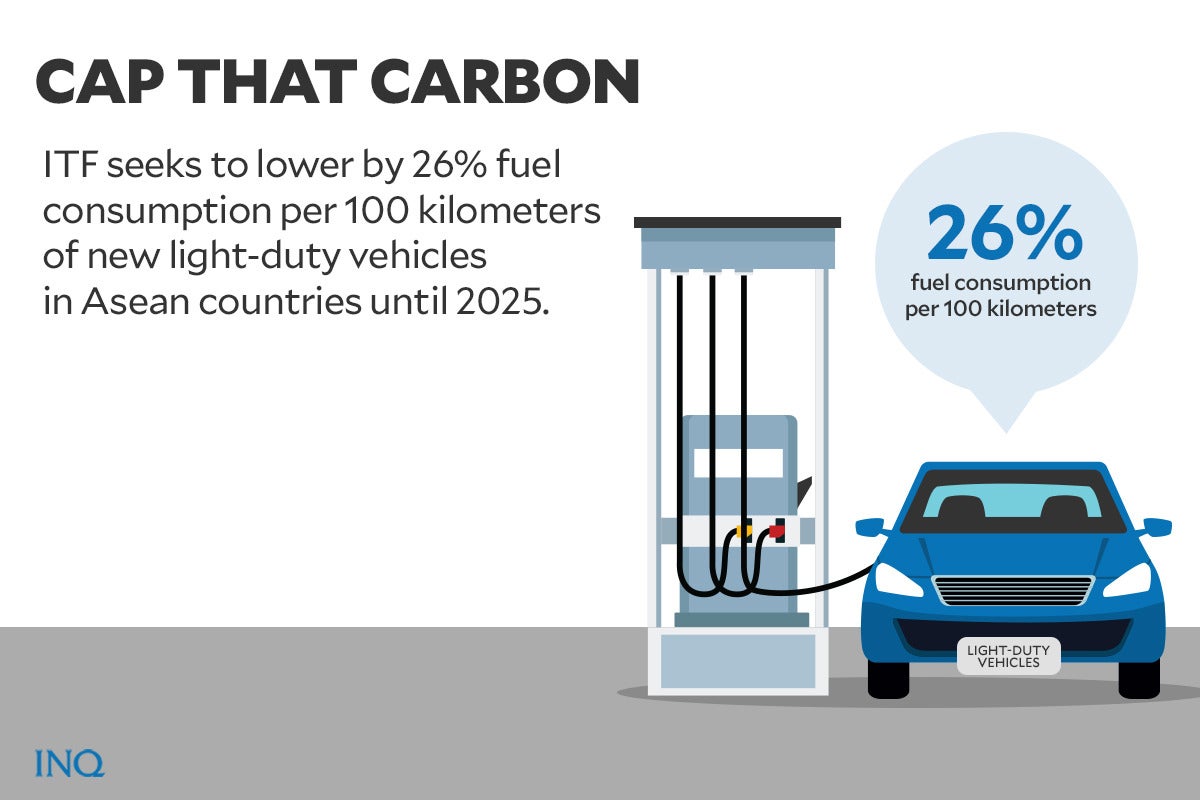 ITF has set six goals in implementing recommendations in the transport roadmap:

In a copy of its agenda at its launch last January, ITF said with the help of United Natinos Environment Programme it hoped to improve the fuel efficiency of vehicles in Asean “for sustainable transport.”

ITF said workshops would be held “to facilitate the sharing of best practices” for a more efficient, less polluting transport system.

ITF’s other programs for Asia include:

Habagat prevails in northern Luzon, parts of Mindanao; fair weather for the rest of PH

Face-off of some senators for president, VP posts ‘possible’ — Sotto