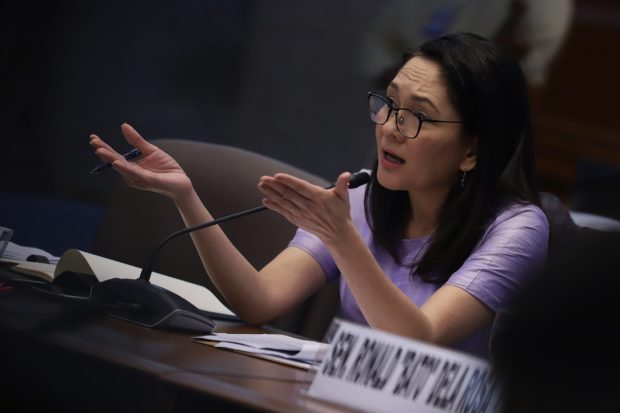 At the start of the CA’s committee on national defense, Senator Risa Hontiveros asked Commodore Antonio Palces, deputy chief of staff for education, training and doctrines of the Armed Forces of the Philippines (AFP), about Beijing’s law that allows its coast guard to fire at foreign vessels in Chinese-claimed reefs.

Hontiveros, in particular, asked Palces whether the AFP has a new set of rules of engagement in response to China’s new law.

Palces told the senator, however, he was not authorized to speak on the issue.

“Before I reported here, I was given a guidance by the chief-of-staff of the Armed Forces of the Philippines that the only authorized persons to speak, as far as issues in the West Philippines Sea are concerned, are the Secretary of the Department of Foreign Affairs and the presidential spokesperson,” he said.

Presidential spokesperson Harry Roque earlier said that he and Foreign Affairs Secretary Teodoro Locsin Jr. were the only ones authorized to talk about the matter.

Duterte issued the gag order following former Senate President Juan Ponce Entile’s advice to him to not to listen to his critics as he would only be answerable to the Filipino people.

While she said she is confident Locsin could articulate the country’s foreign policy, Hontiveros said she could not say the same for Roque.

“I regret I can’t say the same about the other official mentioned by the good Rear Admiral…” she said.

“I regret though I understand why the Rear Admiral can’t offer his update about a new set of rules of engagement…” the senator later said.